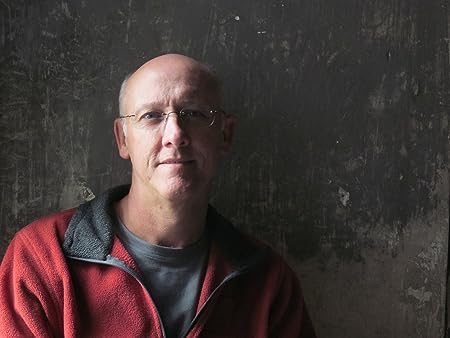 Marc Sanderson’s love of stories grew up alongside his love of science and history. Unable to decide which was most fascinating, he studied science, literature, history and law, all of which pop up in his writing. Currently a fulltime writer of romance and fantasy, he loves finding ways to infuse his passion for learning into his stories. When he’s not reading or writing, he can be found studying the ecology of the local streams, restoring the eelgrass beds of the local estuary, hiking up mountains, watching documentaries or indulging in romantic comedies. Lately he’s taken up cooking as a hobby and is trying diligently not to poison his wife. 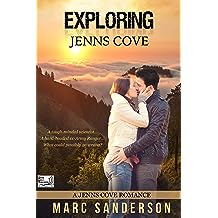 Exploring Jenns Cove: A Jenns Cove Romance Mar 18, 2020
by Marc Sanderson, EJR DIGITAL Arts
( 2 )
$3.99
A tough-minded scientist. A hard-headed ex-Army Ranger. What could possibly go wrong?
What the hell had she done! Jess Everston passed on a prestigious professorship at Princeton University to become the second-in-command at the Ecosystem Services Institute in the little Northern California town of Jenns Cove. She has committed herself to an experimental project in a location far from family and friends for the foreseeable future. The last thing she needs is a man complicating her life. Especially a grumpy, taciturn ex-Army Ranger turned tour guide who just happens to be her boss’s brother-in-law.

When Rand Gallagher returned to Jenns Cove after his last tour of duty in Afghanistan, he struggled with injuries and PTSD. With therapy and support from his family, he’s settled into a quiet life back in Jenns Cove, but dark moods and nightmares still haunt him. He guides tourists on backcountry fishing excursions, but since his wildlife photography began winning awards, guiding tourists is only a sideline. Living a solitary life, he’s learning to be happy again, but when his brother-in-law brings gorgeous, head-strong and annoying Jess Everston to Jenns Cove, Rand does everything in his power to ignore her. Unfortunately, fate has other ideas. 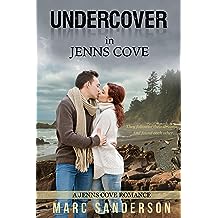 Undercover in Jenns Cove: A Jenns Cove Romance Nov 13, 2019
by Marc Sanderson, EJR DIGITAL Arts
( 6 )
$2.99
Half-truths and outright lies complicate life in a small town.
Small-town Jenns Cove, nestled in a pristine coastal environment, faces trouble they don’t know exists. Titan Minerals Corporation has it in the cross-hairs. The Department of Justice asks Jake Weston to investigate what may be a fraudulent environmental impact statement, which dovetails perfectly with his mission to find his institute a project site.
The small-town lawyer he meets, Maggie Gallagher, is a single mom. The attraction is deep, but both fight the undertow for their own reasons. Maggie isn’t ready for a love ‘em and leave ‘em fling. And though Jake can tell her about his project, the rest must remain confidential.
When the major landowner’s nephew returns to Jenns Cove, he’s in the corporation's pocket and has an old score to settle with Maggie. The eye of the storm is about to descend on Jenns Cove. 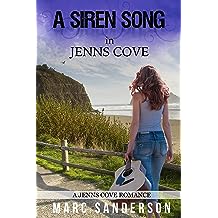 A Siren Song in Jenns Cove: A Jenns Cove Romance Jun 24, 2020
by Marc Sanderson, EJR DIGITAL Arts
$3.99
Their young love exploded into hurt and anger. Both are home for different reasons, each wishes the other hadn’t come back.
Young love, heartbreak, and the power of forgiveness, A Siren Song will capture the heart of readers everywhere!" InD'tale Magazine
Music is Rhea Gallagher’s life. So when the band she helped found kicks her out on the verge of a major recording deal, she’s devastated. Leaving Los Angeles and running home to the small seaside town of Jenns Cove seems her only option. There, she can regroup and figure out what comes next. What she doesn’t expect is to find her old flame, Cam Colton, has returned to Jenns Cove to care for his ailing father. Cam was the love of her life, and their breakup left them both with ugly scars that refuse to heal. Rhea knows Jenns Cove is too small to avoid Cam entirely, but she has a plan to deal with him—they’ll start from scratch, mere acquaintances, the past be damned!
When Cam Colton returns to Jenns Cove to care for his father after the stroke, he lucks into the perfect job with The Ecosystem Services Institute. As dive master and marine sciences coordinator, he’ll be in the water—his favorite place—as often as possible. Being back in small-town Jenns Cove, feels like just what he needs… until the love of his life, the woman who broke his heart, arrives home from Los Angeles, running from the music world she dumped him for. Two things become instantly clear to Cam. His anger toward Rhea Gallagher hasn’t abated one bit, and he’s still in love with her.
Read more
Other Formats: Paperback 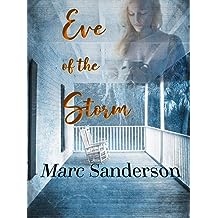 He finds her on the porch. Can he let her in? Will he?


Leonard doesn’t leave the house—ever!
Panic attacks keep him huddled inside his home looking out at the world… until one Christmas Eve when a fierce storm brings a young transient woman seeking shelter on his front porch. Can two lost souls help one another find their way back to the lives they led before the terrible events that turned their lives upside down? Can Leonard find the strength to push past his debilitating condition and take the first step back into the world?
Read more
Other Formats: Paperback 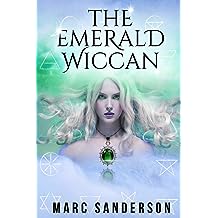 She is an Emerald.


Her job is to find the young humans just coming into their magic and get them off earth as fast as possible. She sees all the signs of a youth feeling the first flush, but can’t find the budding witch or warlock. She must get to them before the others find and kill the human. She locates a somewhat nerdy professor, but not the person she seeks.
It’s not fair to a human to allow anything to develop between them. When she discovers the full-grown man is the person she hopes to aid, she takes him home. But things have turned nasty on her world. Those who hate anyone not of the proper standing want to destroy him and she could be collateral damage physically and emotionally.