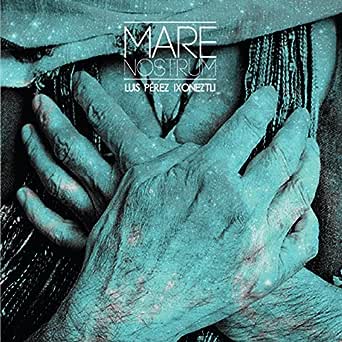 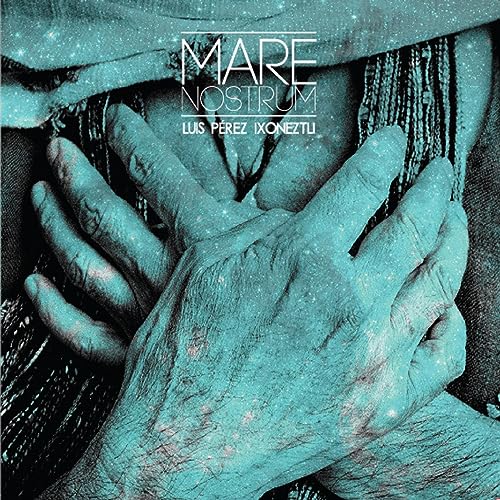 Listen Now
Buy MP3 Album $21.39
Your Amazon Music account is currently associated with a different marketplace. To enjoy Prime Music, go to Your Music Library and transfer your account to Amazon.com (US).

The other, Mare Nostrum (Our Sea) is a double album that demonstrates the incredible range of musical talents Luis possesses. In fact, it contains two distinct albums that are very different musically. He recorded the music of the first album while living by the ocean down on the Southern California coast.

Album 1 is primarily acoustic with guitar, hand drums and other percussion instruments. Musically it’s a beautiful work filled with rich melodies and intricate arrangements. Luis also incorporates many exotic percussive and wind instruments into the mix, which enhance the music perfectly. Being familiar with Luis’ work since 1980, this album came as a pleasant surprise. All tracks (except two) are instrumental, the music falling into the category of folk with a distinct south of the border feel. His ability to do any style of music immaculately is incredible and his command of such a vast array of modern as well as ancient instruments is impressive.

There are 17 tracks in total, many of them recorded for various stage performances and documentary films produced in the USA and abroad, some are highly personal about special times in his life.

The last two on the album contain vocals “Amor Eterno” is a beautiful love song. The other, album closer “Por La Libertad”, is an incredibly powerful and strikingly arranged track. Luis says about it: “I wanted to add a speech on the subject of freedom, human virtues and the constant effort; political and social systems are making in order to manipulate, lie, punish, condition and ultimately kill those who dream and fight for a better world.” It’s ethnic rap of a sort with Luis reciting a rousing call for action with a choir chanting the chorus, “Libertad”!

Album 2 is radically different from the first and completely floored me. It features Luis’ original classical symphonic music compositions. His hope was that someday he could record them with an orchestra. So far, it hasn’t happened so he decided to release them now. Many of the pieces were recorded using samples of symphonic instruments; others use electronics, Luis then incorporates ancient instruments into the mix. The result is WOW!

Several tracks were recorded when he worked for the independent company “Alpenglow Films”, which produced soundtracks for TV documentaries. The company won awards for six films in 2 years before a corporation bought the network the company worked for and fired everyone.

Imagine time tripping back to Pre-Columbian times where you witness a symphony orchestra performing as part of an ancient ceremonial ritual – it might well sound like this. There are 14 tracks on the album and Luis has programmed the running order to create a conceptual continuum. The overall musical flow is symphonic in style, enhanced by myriad special sounds and acoustic instruments with colorful folkloric themes injected at times. The album begins and ends with two superb tracks.

“Comac Taheoic, “La Gente de la Isla Tiburon” (7:37) is the opener, a stunning fusion of symphonic music and Pre-Columbian influences that was used in an “Alpenglow Films” documentary. Beginning with birds, wind chimes and exotic instruments, it transforms into folk melodies played on flute and hand percussion, augmented perfectly by counterpoint between orchestral strings, wind instrument arrangements and tympani.

The album closer, “Cetaceos” (6:07) was used by a New York company “Gravity Films” in a documentary entitled “Xbalanque”. It begins with a powerful string section introduction. Luis then begins playing; multi-tracking dual acoustic guitar melodies over hand percussion and shakers, all the while a Pre-Columbian flute solo flutters different melodies overhead the superb musical mix. The music is folk, strings again add subtle enhancement to Luis melodic composition and playing. The track serves as a perfect conclusion to an album that overflows with authentic melodies and sympathetic symphonic and electronic touches, which literally breathe life into the ancient spirits inhabiting Luis’ ritual music creation.

When listening to both 2014 releases by Luis, you immediately recognize that the music he creates is a uniquely original fusion of styles from completely different cultures and centuries. He seamlessly integrates orchestra samples and synthesizer with ancient acoustic instruments from an era when music was an integral part of life and performance ritual, not written down. I’m amazed that at this late date in my listening experience that I could still hear something that reaches down so deeply into both head and heart, and resonates so strongly. Taken as a whole, both Mare Nostrum and Suspended Spheres stand out as rare musical creations by an artist whose talent seems to have no boundaries and offer proof that great music truly is timeless.