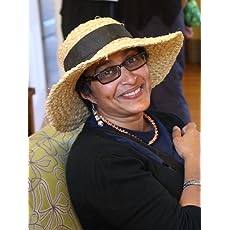 Marghanita da Cruz has been gathering an Anecdotal History of Annandale, New South Wales, Australia since 1998.

In 2010, Marghanita began guiding historical walks around Annandale and publishing these as self guided illustrated walks.

On 29 April 2017, Marghanita is presenting 50s Annandale: A Short Virtual Walk as part of the Annandale Heritage Festival. This will be the basis of a Paperback and eBook to be pulbished later in the year.


In 2006, Marghanita contributed a chapter on the Australian Standard for Corporate Governance of ICT in Frameworks for IT Management.
Read more 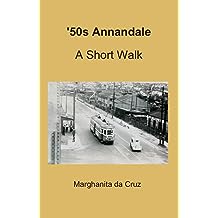 '50s Annandale: A Short Walk (Annandale Short Walks) Oct 9, 2018
by Marghanita da Cruz
$7.16
In the 1850s WS Jevons came to Sydney to work as an Assayer at the new Mint. Jevons and his colleague came to live at Annangrove in Annandale. Jevons wrote numerous letters to his family describing his life in Sydney and his walks and trips from Annangrove Cottage.

50s Annandale: A Short Walk is the seventh book in the series. It takes you on a walk through Annandale of the 1850s and 1950s.

In the 1950s, Sydney's Tram network was shut down. This saw the end of Tram services through Annandale, along the Crescent, Booth Street and Parramatta Road.

Marghanita presented 50s Annandale as a virtual walk in April 2017. At the end of April 2017, Marghanita was pre-selected as the Greens lead candidate for Councillor of the Leichhardt Ward of the Inner West Council.

On 9 September 2017, Marghanita da Cruz was elected to the Inner West Council. 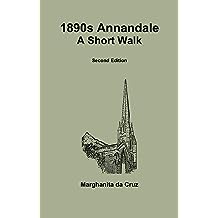 The walk starts at the corner of Johnston and Collins Streets Annandale.

Adele and Allen Taylor married in Annandale in 1886. The walk is entwined with the Taylors and their local contemporaries Saint Mary Mackillop, John Young and Henry Parkes, the "Father of Federation".

The book also covers the Engineering Heritage listed Annandale Sewage Aqueducts, the first reinforced concrete structure in Australia, and Public Transport in 1890s Annandale. Marghanita da Cruz has been researching the history of Annandale since 1998. In April 2011, Marghanita guided this walk for a group from the National Trust. It was so well received that she was
encouraged to publish it.

This second edition of 1890s Annandale A Short Walk has more photos and additional information. The book also touches on Annandale of the 1790s. 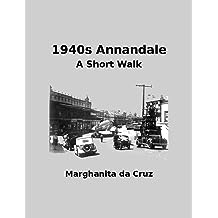 1940s Annandale: A Short Walk (Annandale Short Walks Book 6) Jan 23, 2017
by Marghanita da Cruz
$7.16
1940s Annandale: A Short Walk is the sixth book in a series which delves into the history of Annandale. Each book covers a decade of of Annandale's History in the form of a self guided walk around the small suburb in Sydney's Inner West. During the 1940s Annandale factories and warehouses stored munitions and manufactured equipment for World War 2. This activity made Annandale a military target. Air Raid shelters were erected to protect workers, school children and residents. “Escapologist” Darcy Dugan came to live in Annandale in the 1940s. The end of the 1940s saw the amalgamation of Annandale, Balmain, Glebe into the Leichardt Council. Marghanita da Cruz has been gathering an Anecdotal History of Annandale since 1998. In 2010, Marghanita began guiding historical walks around Annandale and publishing these as self guided illustrated walks. Cover Image: Plane on Johnston Street Annandale, 1942. Leichhardt Library Local History Collection
Read more 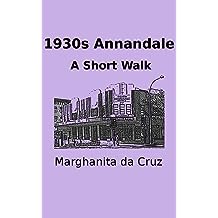 1930s Annandale: A Short Walk (Annandale Short Walks Book 5) Nov 24, 2015
by Marghanita da Cruz
$7.16
1930s Annandale: A Short Walk is the fifth book in a series. Annandale is a small inner city suburb of Sydney. It is squeezed between a Bay of Sydney Harbour and Parramatta Road. The book concentrates on the 1930s, when Annandale's pubs had Art Deco makeovers. Annandale's factories were producing radios, pianos, lollies, jams, saws and gun sights. Amy Hudson started playing cricket in Trafalgar Street and went on to play for Australia. This book also covers 1830s, when Annandale was the estate of the second generation of Johnstones in the expanding colony of New South Wales. Then, Parramatta Road was the High Road to Parramatta. Marghanita da Cruz has been recording an Anecdotal History of Annandale since 1998. Marghanita guided this walk as part of the Annandale Heritage Festival in April 2015.
Read more
Other Formats: Paperback 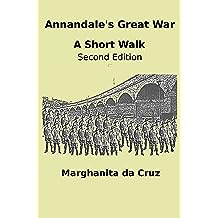 Annandale's Great War: A Short Walk (Annandale Short Walks Book 3) Nov 24, 2015
by Marghanita da Cruz
$7.16
Annandale's Great War: A Short Walk is Marghanita da Cruz's third book in a series. This book provides a self guided tour of the numerous World War 1 honour boards and memorials around Annandale. It is about Annandale in the decade between 1910 and 1920, when over 1200 locals left as members of the Australian Imperial Force or to join British regiments. This edition has been expanded to include the extraordinary stories of indigenous digger Douglas Grant and the Wireless Miller Brothers. It also covers the Rozelle Tram Sheds memorial. At home, there were other battles over conscription and between modes of transport. Marghanita da Cruz has been gathering an anecdotal history of Annandale, at "Annandale on the Web" since 1998. This book is available as a Paperback and an E-Book
Read more
Other Formats: Paperback 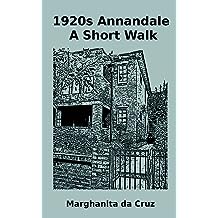 1920s Annandale: A Short Walk: A Short Walk (Annandale Short Walks Book 4) Nov 24, 2015
by Marghanita da Cruz
$7.16
1920s Annandale was a busy place. There was the retail strip along Parramatta Road, the timber businesses on the harbour. In between, there were builders, fibrous plasterers, stonemasons and the Pictures. Confectionery, Jam, Pianos and Radios were all being made in Annandale. Though change was coming, motor vehicles were crashing into pedestrians and posts, and injuring their occupants. Annandale remembered those who did not return from the War. The "Angel of Durban" came to say hello to some who did. 1920s Annandale saw the transition of the suburb from an exclusive residential suburb into a thriving hub of innovation, industry and entertainment. The Rein Family new theatre showed silent movies, and later talkies. The Beale Piano business was thriving, Harringtons set up a factory and flats began to appear. An Annandale Builder boasted of constructing the largest block of flats in Sydney.
Read more
Other Formats: Paperback 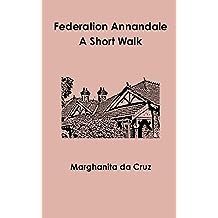 Federation Annandale: A Short Walk (Annandale Short Walks Book 2) Nov 24, 2015
by Marghanita da Cruz
$7.16
Annandale is a small inner city suburb of Sydney, New South Wales. In 1901, the colony of New South Wales joined a federation of six states to form the Commonwealth of Australia. Federation Annandale: A Short Walk is the second book in a series which explores today's Annandale, while delving into its past. This book concentrates on the Annandale of the first decade of the 20th Century, with a brief diversion to 1808. Annandale is part of land granted to George Johnston in the 1790s. On 26th January 1808, Johnston lead Australia's only military coup. Marghanita da Cruz has been gathering an anecdotal history of Annandale, at "Annandale on the Web" since 1998. In April 2012, Marghanita guided this short walk as part of the Annandale Heritage Festival. The book covers the opening of a state of manufacturing piano factory, introduction of electricity and incineration, sculptors, the Mayor and Mayoress of Annandale, who went on to become Sir and Lady Taylor, and Mary Mackillop's convent in Annandale.
Read more
Other Formats: Paperback 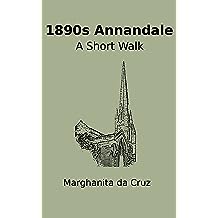 1890s Annandale: A Short Walk (Annandale Short Walks Book 1) Nov 24, 2015
by Marghanita da Cruz
$4.50
This book describes a short easy historical walk around the heart of 1890s Annandale. The walk follows the Taylors around the block, where they may well have met Saint Mary Mackillop, most definitely met John Young, Annandale's first developer and Henry Parkes, the Father of Federation. Detour to Annandale's Sewage Aqueducts, the first reinforced concrete structure in Australia and the Grand Residences of Johnston Street. The book also glances back at the 1790s, when the land was granted to George Johnston.
Read more
Other Formats: Paperback