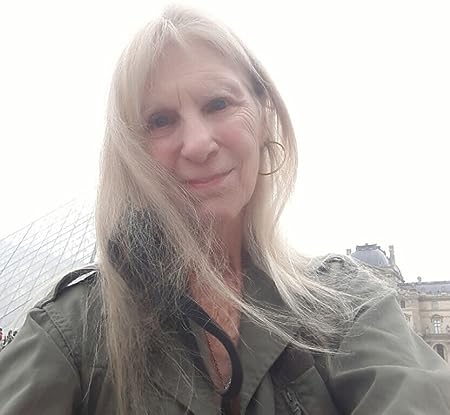 Born in New York City, MARGO BERDESHEVSKY has traveled the world. She often lives and writes in Paris. Her LATEST poetry book is "BEFORE THE DROUGHT" FROM GLASS LYRE PRESS. (It was a finalist for the National Poetry Series.) A new poetry collection, "IT IS STILL BEAUTIFUL TO HEAR THE HEART BEAT" is forthcoming from Salmon Poetry, and "KNEEL SAID THE NIGHT (a hybrid book in half-notes)" is forthcoming from Sundress Publications. Her earlier collection is "BETWEEN SOUL & STONE" (published by Sheep Meadow.) Her book of illustrated stories, "BEAUTIFUL SOON ENOUGH" (University of Alabama Press) received the American Book Review/Ronald Sukenick Award for Innovative Fiction. Her poetry collection, "BUT A PASSAGE IN WILDERNESS," was also published by Sheep Meadow Press in 2007.

PRAISE for "BEFORE THE DROUGHT": "Before the Drought is a lyric meditation on corporeal existence, suffused with atavistic spirit and set in historical as well as cosmic time , a work of radical suffering and human indifference but also sensual transport. The tutelary spirits of these poems are the feminine principle, and a flock of messengers that include blue heron, ibis, phoenix, egret, and blood’s hummingbird. In the surround we find ourselves in the magical world of a floating balcony, and a field of cellos, but it is a world in peril, now and in the time to come, on the night of the Paris massacres and in a poisoned future . In the City of Light, Berdeshevsky writes poems commensurate with her vision, poems that know to ask How close is death, how near is God? Hers is a book to read at the precipice on which we stand."

The Brooklyn Rail called "Before the Drought one of the `BEST POETRY BOOKS OF 2017.

"Before the Drought is an act of prophecy as much as it is poetry. Whether or not you set out to find it, it will find you." [LL/"Diagram" ]

Praise for "BETWEEN SOUL & STONE":

"There is in Margo Berdeshevsky's work a rare persistence of the lyric voice, used with a sense of ecstasy & grief almost religious in its evocations. Absolutely modern & fearlessly romantic by turns, the poems circle the rich & threatened corners of the living planet & travel further into places marked by mythic & oneiric time...Berdeshevsky emerges, fully empowered, as the maker of a new poetry that pushes voice & image toward creation of a world 'barbaric, vast and wild' that Diderot once saw as marker of what all poetry must be." (JEROME ROTHENBERG)]

"...Her..."Between Soul and Stone,", is incredible. This may sound trite, but I can't help but identify Berdeshevsky's work as being like a gossamer web: intensely beautiful, painstakingly crafted into textually dense strands of poetic light. This is not an easy book to read. It demands, itrewards, every ounce of your reading attention. It is also deeply transformative. If nothing else, you'll emerge from your reading with a more exalted sense of what beauty means in our lives. That someone can think, and write, like this is a gift to us all..." [from rave review (Powell's Books Blog) by CHRIS FAATZ.]

Each page [of "Between Soul & Stone"] is immaculate as Margo Berdeshevsky wanders with fire from George Herbert to Cassandra to the silence of the sun before the wounded moon: "The pigeon has found a crippled / moon who will not stand again for days. Has / found water's silence / and the winter wren trusts me." Her ways are the fantastic, the pathos of "love's famine," and a mastery of emotion..."BETWEEN SOUL & STONE" is a book of measured splendors. (WILLIS BARNSTONE )

"Margo Berdeshevsky is a mature poet and world citizen...writing with emotional power...woven with extraordinary awareness of what is precisely not beautiful in human life. So MUCH verbal beauty, with the eternal quality of the tale or fable." (MARILYN HACKER)

Margo Berdeshevsky understands the diabolical complexity of the human heart, and how eros is a form of intelligence as well as a drive. Writing with lyric accuracy and necessary forgiveness about the turmoils of love, she also declares the 8th Deadly Sin: the refusal of intense experience. (SVEN BIRKERTS)

Of her earliest poetry collection, JEROME ROTHENBERG wrote,"With the publication of BUT A PASSAGE IN WILDERNESS, Berdeshevsky emerges, fully empowered, as the maker of a new poetry that pushes voice & image toward creation of a world 'barbaric, vast and wild" that Diderot once saw as marker of what all poetry must be.' "

"Brevity... lushness and lyricism... This is a writer who understands the power of language." Rave review (Poetry International) for Margo Berdeshevsky's story collection BEAUTIFUL SOON ENOUGH.

Graduated from the High School of Performing Arts, attended Northwestern and New York Universities, she quit for a role in her first Off Broadway play; trained as an actress by Lee Strasberg, she performed in world premieres of Harold Pinter's "The Basement" & "Tea Party," David Hare's "Slag," worked in the companies of Lincoln Center and Joseph Papp's Public Theatre, toured the USA as Ophelia, and was nominated for a television Emmy award, for a country western drama in which she had her head in an oven, but was saved by a neighbor who prayed for her.

* "It Is Still Beautiful To Hear The Heart Beat" is forthcoming in 2022 from Salmon Poetry.

* An in-depth INTERVIEW @ The Collagist: http://tinyurl.com/huozlnm

Go back Save biography 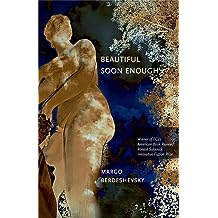 Margo Berdeshevsky’s Beautiful Soon Enough is a collection of hypnotic stories that capture the lives—worldly, sexual, obsessive—of twenty–three arresting women.These are snapshots and collages: stories of women on the outside, looking in; of women content to end their affairs; of young women learning the power of seduction; and of older women reminiscing about past loves. They are women who cannot live without love’s embrace, and women who have found it and feel that it is never enough. They are women of a “certain age,” as the French might say, and women with naked hearts, of any age.Berdeshevsky’s tales cross the planet: from beds in Paris to the roofs of Havana, from Venice Beach to the hills of Dubrovnik. With settings as varied as the characters they depict, these tales illuminate the lives of women desperate for a balance between love, comfort, and freedom. Personal, driven, and lyrical, together they are Beautiful Soon Enough.
Read more
Other Formats: Paperback