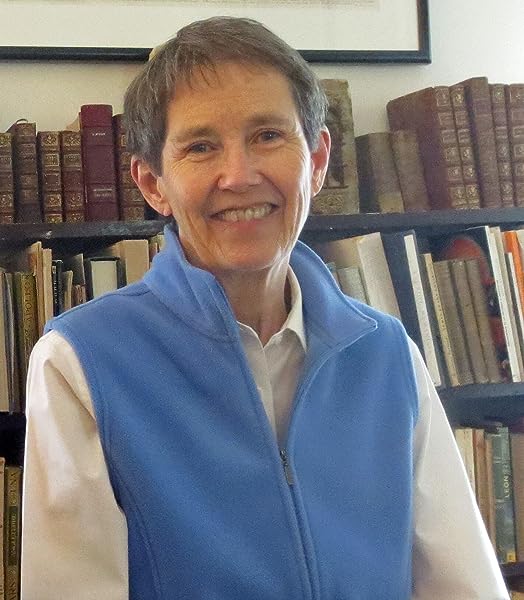 by Josyane Savigneau (Author), Joan E. Howard (Translator)
1.7 out of 5 stars 3 ratings
See all formats and editions
Sorry, there was a problem loading this page. Try again.

Marguerite Yourcenar was born Marguerite de Crayencour in Brussels in 1903. She lost her mother at birth, her native Belgium at the age of six, and was forced to flee her adopted France at twelve. It is little wonder that Yourcenar, whose own early past receded so quickly into personal legend, would one day describe her writing as the "passionate reconstitution , at once detailed and free, of a moment or a man out of the past." One of the most respected writers in the French language, best known as the author of Memoirs of Hadrian and The Abyss, she was awarded countless literary honors, culminating with her election in 1980 to the Académie Française (she was the first woman ever to be so honored). As complex, erudite, and intriguing as her work, Yourcenar's life has resisted its own passionate reconstitution until now, in part because of the writer's deliberate elusiveness, even in her autobiographical trilogy.

Here, in its intricate and often contradictory detail, is Marguerite Yourcenar's story, one in which loss and learning intertwined almost from the first and in which love assumed a strangely paradoxical place. Drawing on letters, diaries, and interviews with Yourcenar's friends, colleagues, and lovers, Josyane Savigneau's biography paints an intimate portrait of an artist who lived according to her own, occasionally contrary, terms: a Frenchwoman ardently in love with her native tongue, yet who lived half her life in New England; an avid seductress of women, who spent nearly forty years with one woman, yet fell in love early and late in her life with two young men; a powerful female writer whose most memorable protagonists were male, from Alexis of her first novel to the later historical characters Hadrian and Zeno. Savigneau weaves these and other contraries of Yourcenar's life into a vibrant and engrossing pattern.

Editor of "Le Monde des Livres," the literary pages of France's most influential newspaper, Savigneau first met Marguerite Yourcenar on assignment in 1984. What began as a professional relationship gradually turned into a friendship. Her personal insights into that life enrich this exhaustively documented text. Following the lead set by Yourcenar in her memoir Dear Departed, the biographer found herself "searching for a truth that is multiple, unstable, evasive, sometimes saddening, and at first glance scandalous but that one cannot approach without often feeling for human beings in all their frailty a certain measure of kinship and, always, a sense of pity." Yourcenar's profound intelligence and sympathy, her foibles and obsessions, her accomplishments and trials: all are revealed here in an uncompromising portrait of an incomparable artist.
Read more
Previous page
Next page

One feels a bit like a voyeur reading this biography, not because of what it reveals about the first female member of the Academie and author of Memoirs of Hadrian , Fires and The Abyss , but rather for what it reveals about the land that gave us chauvinism. Born in 1903 in Brussels, Marguerite de Crayencour was raised by her good-hearted wastrel of a father who taught her, encouraged her to write and helped her devise her anagrammatic pen name (originally the genderless Marg Yourcenar). During her extensive travels, Yourcenar met Grace Frick, an American woman who became her companion for more than 40 years until Frick's death in 1979. Hoping to be with Frick and to escape the war in Europe, Yourcenar came to the U.S. in 1939 and continued to be based here until her death in 1987. There's the rub: Savigneau, editor of the book review section of Le Monde , simply cannot believe this practitioner par excellence of the French language would want to live in the U.S.--or, for that matter, with Frick. Savigneau does not present convincing evidence for the oft repeated thesis that Yourcenar, tough though she decidedly was, was bullied by Frick into staying in the U.S. This, combined with very little descriptive sensibility (Yourcenar's travels are reduced to a list of proper nouns) and even less original critical commentary about Yourcenar's work makes for a deeply unsatisfying portrait.
Copyright 1993 Reed Business Information, Inc.

In a densely worded but thoroughly engrossing biography of this important French writer, Savigneau lifts the shroud of mystery Yourcenar so avidly cultivated to reveal a woman whose precocious intellect surfaced at an early age. And Savigneau delves into the autobiographical aspects of Yourcenar's work, examining the history of her relationships and complicated sexual proclivities (she made a habit of seducing women but more than once fell in love with a homosexual man). Yourcenar was an important literary figure in her homeland as well as in the U.S., where she lived for many years with her partner, Grace. The fact that Yourcenar chose to keep sealed many of her letters to Grace for a 50-year period after her death does not seem to have hampered the biographer's efforts. A fascinating, unconventional portrait of the first woman ever elected to France's Academie Fran{}caise. Alice Joyce

The thesis of this meticulous and admiring biography is that Yourcenar (b. Crayencour, 1903-87) was both inventor and invention, creating her life along with her fiction. Savigneau (literary editor for Le Monde) struggles to establish the facts in a life of artful illusion. Inventing a pseudonym (an anagram of her given name) was for Yourcenar one more gesture of freedom from a childhood of losses that began with the death of her mother (while giving birth to Yourcenar) and that went on to include the loss of both a beloved nursemaid and of her country and home during WW I: a childhood spent with a wealthy and devoted but profligate and aging father. Yourcenar began and ended her life with love affairs with men who were much younger than herself--men who preferred other men--but she spent 40 years with a woman, Grace Frick, in a relationship so consuming that Yourcenar gave up her beloved France to live in America, among people she considered ``without civilization.'' With no formal education, Yourcenar taught beginning French at Sarah Lawrence and found acclaim in the publication of her novel The Memoirs of Hadrian (1952). Much of Savigneau's study consists of the mundane: domestic arrangements (including shopping lists) at the Maine summer house that Yourcenar shared with Frick; Yourcenar's travels, lectures, and habits of composition. The most interesting passages detail the objections of Acadmie Franaise members to the nomination (and eventual election) of Yourcenar as its first woman member: ``What would she wear?'' one asked. Yourcenar mingled with no notable writers, it seems, and participated in none of the artistic ferment of her period in either Paris or New York. To control her own history, to avoid being the ``prey'' of biographers, Yourcenar left masses of well-organized papers--but she concealed those that may have answered the question that Savigneau raises without--despite her diligence--answering: What made Yourcenar a ``star,'' a ``myth,'' a ``legend''? (Fifty halftones) -- Copyright ©1993, Kirkus Associates, LP. All rights reserved.

"Fluidly translated, this is a substantial document of a monumental life." --Amy Boaz, Library Journal
"Marguerite Yourcenar: Inventing a Life was translated intoEnglish by Joan E. Howard, who had worked with Yourcenar herself on thetranslation of some of her other works. She adds a translator's prefaceand some notes on English editions and French cultural material for thenon-French reader." Anne W. Sienkewicz, Magill's Literary Annual
A "fine translation." Ann M. Begley, American Scholar
"Inventing a Life is a marvelous biography, and translator Joan E. Howard, who spent several summers with Yourcenar in Maine, has done justice to Savigneau's work." --Victoria A. Brownworth, Lambda Literary Foundation
"Admirably translated."--Richard Dyer, Boston Globe
"Yourcenar objected to biographies, particularly of herself. Yet it is hard to imagine that she would not have respected Savigneau's work, for this is a wonderful biography. It is well written (and well translated by Joan Howard), shrewd, critical, and always respectful of Yourcenar's integrity." --Toril Moi, Raleigh News & Observer
Read more
Tell the Publisher!
I'd like to read this book on Kindle

1.7 out of 5 stars
1.7 out of 5
3 global ratings
How are ratings calculated?
To calculate the overall star rating and percentage breakdown by star, we don’t use a simple average. Instead, our system considers things like how recent a review is and if the reviewer bought the item on Amazon. It also analyzes reviews to verify trustworthiness.
Top reviews

H. Arduz
1.0 out of 5 stars UNIVERSITY OF CHICAGO PRESS: GREAT DISAPPOINTMENT
Reviewed in the United States on July 17, 2020
Verified Purchase
I bought this book in March 2018. I did not read it and took a long time to open it. Now with the pandemic I sat down to read it with interest and I found that it DOES NOT INCLUDE pages 335 to 366. What a terrible thing!
I just cannot understand that a serious publisher can have such serious quality problems...
University of Chicago Press.... NEVER AGAIN!

Magdalena B. Reyna
3.0 out of 5 stars Marguerite Yourcenar: Reinventing a Life
Reviewed in the United States on November 9, 2008
Such a magnificent writer deserves a better biography. This one is repetitive (do we need to know that a trunk was left behind so many times?) and could have used a more strict editor. Savigneau's dislike for Yourcenar's long-time companion Grace, presents a very one-sided view of their relationship. By hanging on Yourcenar's every word, Savigneau has created a book which is arid and difficult to read. More of Yourcenar's humanity might have given this biography a needed touch.
Read more
18 people found this helpful
Helpful
Report abuse
See all reviews

Read more
One person found this helpful
Report abuse
Translate review to English
See all reviews
Back to top
Get to Know Us
Make Money with Us
Amazon Payment Products
Let Us Help You
EnglishChoose a language for shopping. United StatesChoose a country/region for shopping.
© 1996-2022, Amazon.com, Inc. or its affiliates