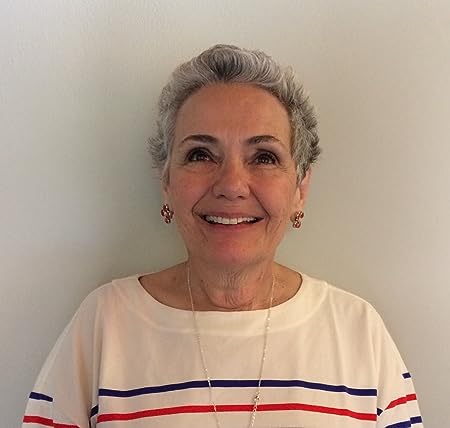 Maria Nodarse is the daughter of Cuban exiles who migrated to the United States in 1960, fleeing communism. After several years working as a bilingual secretary she obtained a scholarship to Columbia University’s School of General Studies in 1968. She was then admitted to Columbia University Graduate School of Journalism, earning a master’s degree in 1974. Her student days at Columbia politicized her and she embraced such liberal causes as the anti-war movement and the feminist revolution. Her ideas and beliefs set her apart from mainstream Cuban exiles.

While living in Manhattan Nodarse worked as a freelance editor, translator, and commercial writer. In 1979 she made a three-week trip to Cuba with a group of young left-wing exiles, after which she wrote an extensive article about her experience, a story that was picked up by two major American newspapers. Upon her return from Cuba she worked for New York publishing houses and traveled extensively throughout Latin America. She resided briefly in London and Madrid before returning to New York.

Nodarse met her husband in Houston in 1988 and followed him to California. With an emergency teaching credential, she started working at a local elementary school teaching the children of immigrant farm workers. She went on to obtain a bilingual cross-cultural teaching credential from California Lutheran University. Nodarse is a 2001 University of Santa Barbara Fellow and Teacher-Consultant of the South Coast Writing Project. She retired in 2008 in order to devote all her time to writing. She and her husband live in Camarillo, CA, with their beloved KC Cavalier, Chloe. 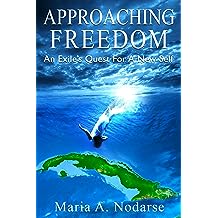 Approaching Freedom: An Exile’s Quest for a New Self Nov 15, 2018
by Maria A. Nodarse
( 10 )
$6.99
A probing tale of an exile’s quest for a new self, Approaching Freedom follows Maria Nodarse’s journey from her arrival as a Cuban political refugee in 1960s America to her return to her native land in 1979. Nodarse is fifteen when her family settles in a white middle-class New Jersey town. In Cuba she had attended the same private American school since kindergarten. At Ridgefield Park High School, from the moment she’s instructed to take part in the pledge of allegiance, Nodarse is overwhelmed by a sense of alienation. When her classmates ask her, “Do you wear shoes in Cuba?”, and she’s forbidden to speak her own language on the school grounds, she starts looking for somewhere to hide.Alone in this new reality, with one brother studying medicine in Mexico and the other imprisoned after the Bay of Pigs fiasco, Nodarse resents the role assigned to Cuban women. When her father loses his job and announces that “we’re all moving to Miami” Nodarse rebels. She has other ideas about her life; even though it might cause her parents to stop talking to her. She knows the decision she makes will set the stage for the rest of her life. What she doesn’t know is how a headstrong young Latina can find her way through the maze of feminist, social, and political revolutions of the 60’ and 70’s without losing herself or the small family she has left As an exile, she’s left everything behind —her identity, her language, her land, her culture, her people. In Miami her compatriots have found ways to mediate these losses; they have formed an ethnic enclave that provides the warmth and acceptance of home. Nodarse refuses this consolation and moves to Manhattan. After graduating from Columbia she returns to Cuba, seeking what she lost.
Read more
Other Formats: Paperback