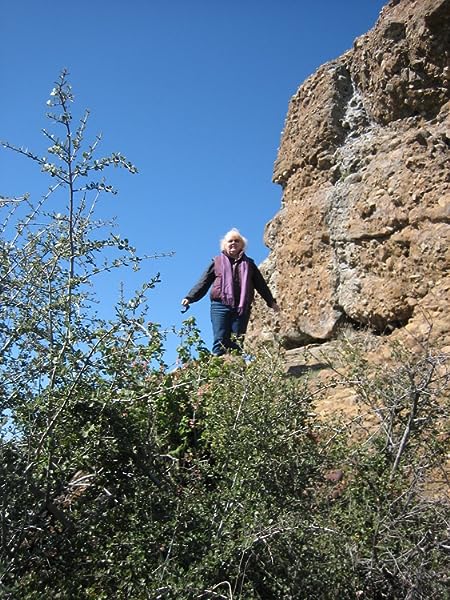 “With impressive research and detail, Anne Schroeder writes in a voice of authority. She has created a vivid depiction of a people, the Salinan of California, in the first half of the 19th century.”

“This is an enjoyable and informative read for those interested in California history and its native peoples. It is an accurate portrayal of the Salinan Indian experience. Cruel injustice occurred in many forms during mission secularization, the gold rush, and early statehood. Maria Inés’s poignant story was replayed many times throughout rugged California but our ancestors survived to contribute to who we are today.”

A fifth-generation Californian, Anne Schroeder's love of the West was fueled by stories of bandits and hangings, of her great-great-grandfather and his neighbors working together to blast the Norwegian Grade in Southern California out of solid rock, of Indian caves and of women who made their own way. She worked her way through Cal Poly with a variety of odd-jobs that included waitressing at a truck-stop café in Cholame, near the spot where James Dean died. Anne currently serves as President of Women Writing the West. Her short stories and essays have appeared in print and online magazines. She lives in Southern Oregon with her husband, dogs, and several free-range chickens. http://anneschroederauthor.blogspot.com/; www.facebook.com/anneschroederauthor

5.0 out of 5 stars
5 out of 5
27 global ratings
How are ratings calculated?
To calculate the overall star rating and percentage breakdown by star, we don’t use a simple average. Instead, our system considers things like how recent a review is and if the reviewer bought the item on Amazon. It also analyzes reviews to verify trustworthiness.
Top reviews

Rob Natiuk
TOP 1000 REVIEWER
5.0 out of 5 stars So well-written and researched, I FELT ONE WITH THIS BOOK'S HEROIC PEOPLE
Reviewed in the United States on January 3, 2017
Verified Purchase
As I read this book, I LIVED AT LEAST 3 LIVES n this multi-generational historical novel that began in the 1700s with the arrival of the “gray robes,” the Franciscan priests who set up and ran the Californian missions. Those “lifetimes” were ones of “the old ways” being destroyed by the news ways of other civilizations—Spanish, Mexican, Yanqui and Californios. This book focuses on the Salinan Indians living in the central coast of California.

First there is the grandmother who moves into the mission at San Antonio, and then San Miguel. Then there is her mother who struggles with the diseases spread by the Spanish soldiers. Her only child, Maria, is born and somehow survives hunger, a life worse than slavery, roaming bandits and murderers. This novel is very fully developed by the author who researched hundreds of sources including the descendants of the Salinan Indians who are central to this book.

Because of this and how well the author captures the spirit of these Indians, Maria became a real person to me, not just a character in a novel. I already knew a little about the hardships of the Indians of California and the struggles that the mission priests had with succession of governors who demanded oppressive taxes, loyalty, and the labor of the Indians. It’s amazing how some of the Indians hung on to their faith in their padres and religion!

Here and there are glimmers of hope, often crushed during “The Time of Troubles,” a time lasting many generations. It pained me to feel the depth of their suffering, so I could not read large chunks; I had to process the vivid desperation these people faced, and how amazing it was that some survived. Maria Ines is a symbol of the spirit of these people, and all those of whatever race and situation who cling to hope, especially in their faith in God.

I appreciate how tenderly and reservedly the author deals with the emotions of such people. The writing is descriptive but not maudlin, very factual yet fleshed-out in characters who became as real to me as my closest friends. I reread many passages that were so touching and memorable, even though they explored grief and hardship. Since I lived in or visited many of the places in this book, her descriptions added so much more depth to my memories.

Yes, because of MARIA INES I’ve lived at least three more lives. That’s what such a creative, deeply researched historical book can do to readers. I recommended it highly, not just to Californians but to all readers who want to deeply understand “real” people who suffered and overcame great odds against their very survival as a people

Amazon Customer
5.0 out of 5 stars An Enjoyable Page Turner
Reviewed in the United States on November 4, 2016
Verified Purchase
Anne Schroeder’s latest novel tells a compelling tale designed to interest both adolescent and adult readers. In the opening chapter Maria Inés is a sickly infant gasping for breath, an only child born to parents who have contracted a debilitating disease by way of the white invaders who enslaved them. However, the whole story spans more than three decades as the plot moves from the Spanish Missionary period to the era following Mexican Independence and eventually into years of “Yanki” exploitation culminating in the California Gold Rush. Throughout each period, the Salinan people are plagued by the continual rape of their land and resources. The author’s thorough knowledge of West Coast history and layers of rich detail contribute to the development of an endearing, dimensional main character. Maria’s struggles to survive and find happiness keep the reader engaged from the first page to the last.
Kay Beth
Verified Amazon customer

Susan Abel
5.0 out of 5 stars Story of survival
Reviewed in the United States on November 10, 2017
Verified Purchase
This accurate and well-researched historical fiction pulls you in to a past world not frequently explored, delivering an eye-opening account of what women endured during this dark time. It’s a tale of one woman’s strength and fortitude as she fought to live and love amidst death and desolation. Truly inspirational.
Read more
Helpful
Comment Report abuse

Harlan Hague
5.0 out of 5 stars A thoughtful, wrenching story of love, loss and devotion
Reviewed in the United States on June 8, 2018
Few people, even those familiar with western America, will know the Salinan people. They were among a considerable number of tribes that were forced to live at the California missions, forced to give up the old ways and adopt an alien lifestyle, including worshiping the invaders’ god. Over time, the Indians living at the missions virtually lost their tribal identities and became simply: Mission Indians.

Anne Schroeder has written a thoughtful, wrenching story of Maria Inés, raised in the Missions, devoted to her padres and their god. Her only attachment to the old ways is the occasional apparition of a departed Grandmother, who counsels and comforts her. The story of alienation and loss, experience by Indian tribes throughout early American history, is doubly tragic here since most Indian people who were forced to live at the Missions, like Maria Inés, embraced the invaders’ culture without being accepted into that culture.

Most Mission Indians were reasonably content with their lot until secularization under a newly-independent Mexico changed everything. Padres became parish priests, and mission lands were distributed and sold. Maria and other Indians whose lives were intimately tied to their Mission were adrift. Bandits preyed on the helpless, and Maria sees her husband murdered. In desperation, she gives up her son to be cared for by another woman.

This is a well-written story of love and loss. A chronicle of a woman, strong in her devotion to family and to an alien god that seemed to have abandoned her. Meticulously researched, a good read.