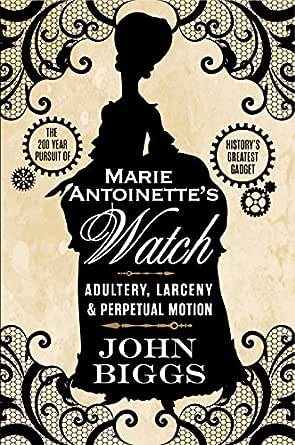 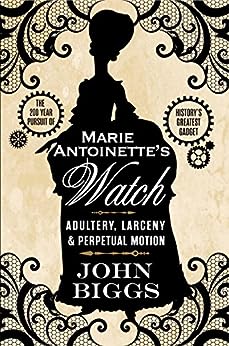 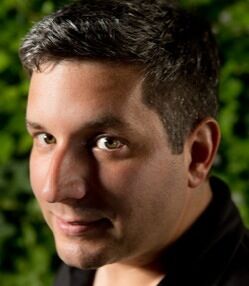 John Biggs lives in Brooklyn, NY and writes books. His work has appeared in the New York Times, Gizmodo, Men’s Health, Popular Science, Sync, The Stir and he's written multiple books including Black Hat and Bloggers Boot Camp. He is also writing a young adult series about a secret train system called Mytro. --This text refers to the paperback edition.

4.1 out of 5 stars
4.1 out of 5
60 global ratings
How are ratings calculated?
To calculate the overall star rating and percentage breakdown by star, we don’t use a simple average. Instead, our system considers things like how recent a review is and if the reviewer bought the item on Amazon. It also analyzes reviews to verify trustworthiness.

Alberto Vargas
VINE VOICE
3.0 out of 5 stars For watch lovers: read it with a critical eye
Reviewed in the United States on November 24, 2016
Verified Purchase
I devoured this book on a long international flight. Overall, I liked it, with some major reservations. I am a watch aficionado, and there were too many little omissions or inaccuracies in this book.

- About A.L. Breguet, perhaps the most iconic individual watch maker of all time, and his life and career. I enjoyed this a lot. I did not know that Breguet created the first wristwatch in 1810, for example. I wish there was more detail about his work on escapements and springs.

- About Marie Antoinette, her lover, and Revolutionary France. Fascinating mention: she and the king bought and owned hundreds of timepieces in their lifetimes!

- About the theft and eventual recovery of the largest Beguet collection which happens to be in Israel. This I found to be by far the most dry and least interesting part of the story, wishing it weren't a major part of the book.

- Documentary style exposes about horology or the watch industry. This part was most frustrating in its lack of detail and accuracy.

I think that as a novel for general audiences, the book falls short of the fluidity and historical suspense one could find in the DaVinci Code.

For watch and clock aficionados, this is a rare treat and glimpse into history. I admit I wasn't aware that Paris and France were the center of watchmaking in the late 1700s. Or that watches were so important back then. So it was a fascinating read and I learned a lot.

However, as I was filling the blanks in my own knowledge of horology, I realized one needed some prior knowledge to appreciate the book (which I had) and I also found inaccuracies which were annoying.

Some problematic examples:
"Rolex ... is now joined by relative upstarts like Panerai, Omega, and Breitling" -- hmm, Omega and Breitling are older than Rolex, and especially Omega has been bigger than Rolex in many respects throughout most of its history until the quartz crisis.
"Seiko with its Seiko Grand watches and Citizen ... with their higher end wrist computers with features including barometers, altimeters" -- the brand name is Grand Seiko, and Citizen is not known for their altimeter watches.
"Omega, Breitling, and Movado all use ETA movements in even their most expensive watches" -- not entirely true for Omega in the past 10+ years with coaxial. In general the history and role of the Swatch Group and Swatch quartz watches are brushed over with a very, very broad brush.
"When Rolex began using silicon ... collectors sold or shelved their old models and picked up new ones - the equivalent of a Lexus owner selling or or garaging his hat because the company added a different trunk release button" - where do we even begin on this one? First of all, many people prize their old Rolexes and view silicon with suspicion, and secondly silicon is a major upgrade to the "engine" making the mechanical watch more accurate and less susceptible to magnetic fields, so it's worth an upgrade.
Lastly, George Daniels is not given much credit as a watchmaker and is instead referred to mostly as a Breguet historian.

Recommended only for watch lovers who can read with a critical eye. Overall, I expect you will enjoy it.

Terry Sofian
4.0 out of 5 stars Wonderful writing but needs more pictures!
Reviewed in the United States on May 21, 2015
Verified Purchase
This book tells a number of stories, which are all linked by a single and singular time piece, the Marie Antoinette or the No 160. Some of teh stories are tragic but others show the heights to which artistry can elevate the human spirit. My only complain about this book is the lack of pictures of the watch. The writing and research are a solid five starts but it cries out for visual details of the "complications" of the watchmaker's art that he describes, as well as illustrations of the watches themselves.
Read more
5 people found this helpful
Helpful
Report abuse

Although Biggs claims at the end to be a watch fancier, his mistakes are unforgivable. He says that "solar mean time" (actually called "mean solar time") is the time indicated by the sun. In fact, it's the time indicated by clocks and watches, which are adjusted to average out the annual deviation of the solar day from 24 clock hours. He makes similar errors in describing watch movements, not understanding that the escapement regulates the beat, for example.

The editing was non-existent: mistaking 1793 for 1783 (a huge difference in the Paris of the Revolution); Baron RM de Klinckowstrom was described in 1878 as the great-uncle of Axel Fersen, who died in 1820, instead of the great-nephew of Fersen; he writes of "braising" metal--that's what you do to meat; you "braze" metal.

Bottom line: the errors and typos are sufficiently annoying to significantly diminish the pleasure of reading this book.
Read more
Helpful
Report abuse

It is not four stars because while the author leary has done research and spoken to experts, he does not seem to have talked to many avid collectors. In his writing on more mundane watches and their collectors he has made what I consider some very minor but significant errors.

I doubt this reflects on his treatment of the title topic but he should have stayed with it and not gone off into other areas.

In the watch itself, it technology and history it's a wonderful book. A lot os speculation but very well informed and thought out.
Read more
Helpful
Report abuse
See all reviews

tallmanbaby
5.0 out of 5 stars one great read
Reviewed in the United Kingdom on August 29, 2015
Verified Purchase
I pretty much bought this on impulse, someone on Twitter suggested it, and seeing as it was only 99p at the time I thought it was worth a punt.

The book spins together a variety of remarkable stories around an enthusiasm for classic watches, and the people involved with them. This is a short pacy book, and despite a range of topics it never drags.

I would query the cover and the marketting, while plenty of folk will love this book, trying to present it as a historical romance is probably over-stretching it. The book is potentially that most difficult of genres, popular science. It does succeed for the most part in being clear and convincing, but it really needed a decent subeditor to sort out a few things. One character’s surname switches from Speer to Spear regularly, the exact prevalence of watches was hard to gauge, and it was not entirely convincing on the detail of what watchmakers actually did. However these are minor quibbles, this is a remarkably entertaining and well put together book, that plenty of folk will enjoy greatly.
Read more
2 people found this helpful
Report abuse

Chris Bartlett
5.0 out of 5 stars A Must Read!!
Reviewed in the United Kingdom on September 9, 2017
Verified Purchase
A truly fascinating, interesting, amazing & true story, read it!!!
Read more
Report abuse

Danlon
4.0 out of 5 stars This story has everything
Reviewed in Canada on March 9, 2017
Verified Purchase
A very interesting read for this fella that at one time collected timepieces.I especially liked the story of Monsieur Breguet having not heard of him until I read this book.I give it four stars.
Read more
Report abuse

KazR
5.0 out of 5 stars Fantastic trip through time, watches and their making
Reviewed in Australia on February 10, 2018
Verified Purchase
The book presented aspects of the history of watch making that really opened my eyes. The links between fashion, technological adaptation and history were very interesting.
Read more
Report abuse
See all reviews