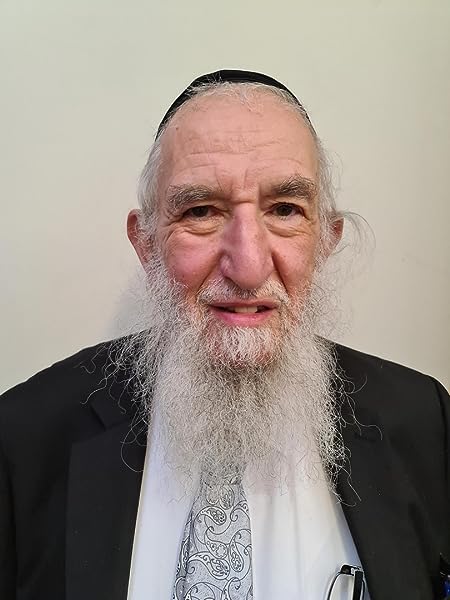 by Dovid Leitner (Author)
4.9 out of 5 stars 22 ratings
See all formats and editions
Sorry, there was a problem loading this page. Try again.

This meticulously researched, well written and unique book has plucked precious glimpses of what was lost in a crucial and important period of orthodox Jewish history. A truly remarkable book – Times of Israel

Marienbad & Beyond is a unique and true treasure trove of Jewish history at its best, packed with detail and illuminating photographs of those bygone years, a book that should grace every Jewish home. It is an invaluable contribution to Jewish literature making history highly accessible and enjoyable - The Jewish Tribune

The 540 pages of Marienbad & Beyond contain nearly an equal amount of photographs that capture those bygone years of that famous spa town in Czechoslovakia that attracted thousands of Jewish clients annually. Its development during the 20th century was helped by the publicity created by visits by Kind Edward V11 of England, Emperor Franz Josef of Austria and Queen Wilhelmina of Holland, to name just a few. It soon attracted many Jewish clients from all walks of life, and it became the most popular holiday destination in Europe. Many travelled over 1000 kilometres to reach the resort and stayed for eight weeks!

The Leitner family owned two large kosher hotels which hosted most of Europe’s Rabbinate including the great Hassidic Rabbis of Alexandre, Belz, Bobov, Ger, Satmar and Vishnitz. During the summer season these two hotels served over 2500 meals daily. Marienbad became so popular that in 937 it hosted the 3rd International Kenessiah Conference of Agudas Yisroel, which attracted 8000 delegates attending the week long conference. The book includes;-

* A comprehensive report on the proceedings of the 3rd Kenessiah Gedolo in Marienbad including the indifferent response by the Western democracies to the plight of the hapless Jewish population.

David Leitner was born in Santiago de Chile in 1948, and the second of five brothers. My parents lived in Europe before the War and become engaged shortly before the outbreak of WW2. My father miraculously escaped from Czechoslovakia to Poland and arrived in London in April 1939, where he worked throughout the war in relief operations to help other Jewish people in Europe. My mother escaped two days after Kristallnacht with her mother and sisters to Santiago de Chile. After the war my father travelled to Chile, got married and later moved back to England in 1955, owing to the lack of Jewish education for his children.

Judith Friedmann
5.0 out of 5 stars Best book! A must to read!!
Reviewed in the United States on August 4, 2020
Verified Purchase
The book Marienbad&beyond. Is UNIQUE I do not think there is anything similar on the market as it describes the Jewish life in prewar Europe with pictures that I have never seen before.It gives us a blink in the rich Jewish culture of a Jewish holiday ressort and shows how much even the non Jews world profited from its Jewish guests cultural life.There were meetings between kings ministers and Rabbis who shaped part of the world histories.The loss of all these greatnesses are irreplaceable not only for the Jewish people but for the entire world.The glimpse in their past shoved me just the enormity of what was lost. I recommend this book warmly.
Judith Friedmann

Jack Freedman
5.0 out of 5 stars A treasure trove of Jewish history from before and leading up to the Holocaust
Reviewed in the United States on June 10, 2021
Verified Purchase
I found this book packed with historical information including many rare never seen photos shared by the author and his family. It's a book hard to put down once you get started.

The Leitners deserve an important place in Jewish history for having brought together clergy and laymen from all segments of society in one small town.

Gisele L.
5.0 out of 5 stars The world that was before the Nazi nightmare
Reviewed in the United States on February 17, 2021
Verified Purchase
Amazing real life story
Read more
3 people found this helpful
Helpful
Report abuse

Amazon Customer
5.0 out of 5 stars Great book on Jewish history.
Reviewed in the United States on August 26, 2020
Verified Purchase
The first half of the book is a really terrific Jewish history as taken place through the lens of Marienbad resort town, of between the 2 world wars. One of the best books I have ever read on that time period. The second half of the book is also great but more focused on family history of the author. A good read.
Read more
2 people found this helpful
Helpful
Report abuse

D&R S.
5.0 out of 5 stars Amazing book
Reviewed in the United States on November 3, 2021
Verified Purchase
Marienbad & Beyond is an amazing book full of knowledge history, and a rich gallery.
It's a beautiful book. I would recommend it to everyone.

Harry
5.0 out of 5 stars A must read
Reviewed in the United States on June 22, 2020
Very well written
Read more
One person found this helpful
Helpful
Report abuse
See all reviews

kahn
5.0 out of 5 stars Amazing
Reviewed in the United Kingdom on April 11, 2021
Verified Purchase
Very very good book
Read more
Report abuse
See all reviews
Back to top
Get to Know Us
Make Money with Us
Amazon Payment Products
Let Us Help You
EnglishChoose a language for shopping. United StatesChoose a country/region for shopping.
© 1996-2021, Amazon.com, Inc. or its affiliates