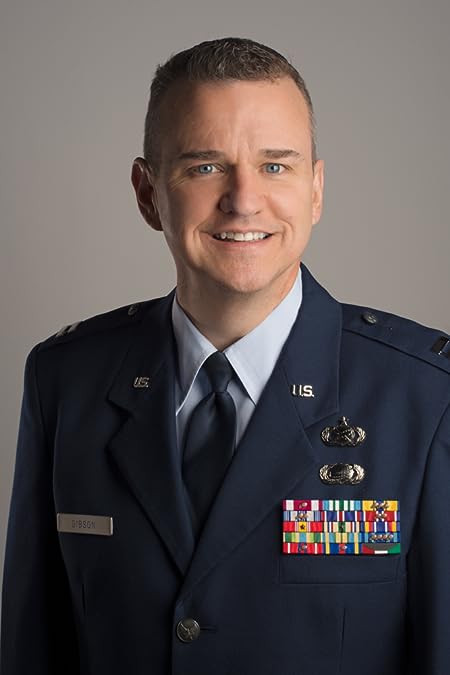 Just a small town boy from upstate New York, the best was yet to come. Retired U.S. Air Force Captain Mark David Gibson, like many other young people lost and searching, joined the military as a “ticket out” to find himself and see the world. The strict structure of the military was the perfect solution for harnessing this young person’s scattered energy, poor life choices, and dangerous decisions. Despite a life foundation built on shifting sands of denial, secrecy, shame, and guilt, Mark found a place to call home in the Air Force. Long before the official “Don’t Ask, Don’t Tell” policy, it was an unwritten rule invented and perfected as the accepted way of life for young Mark.Gibson, a twenty-year, highly decorated war veteran served ten years enlisted, took an educational break in service, and then served ten more years as a Public Affairs Officer. He deployed multiple times to Southwest Asia in support of Operations Enduring Freedom and Noble Eagle.

During an educational break in service, Mark’s determination and overachieving ambition was demonstrated by acquiring both a bachelor’s and master’s degree simultaneously and earning a commission in the Air Force as an Officer while working part-time to become the number one salesperson for Bose Corporation in Framingham, Massachusetts.

After retirement from the Air Force and a short backpacking respite through Europe, Mark tried his hand in the corporate world. He landed a highly-prized, prestigious position as a consultant in Washington D.C., only to learn he did not mesh well with the corporate “dog-eat-dog” world. Mark then retired to Costa Rica with his beloved Jack Russell Terrier, Gena.

Costa Rica would prove to save Mark’s life; helping him successfully conquer severe alcohol addiction and PTSD caused by multiple deployments and a hidden life fabricated on a shame spiral. Along with this physical victory, he also won the gift of authenticity to launch a new life – Mark 2.0. Mark jokes that if he were on tour, it would be called the “Looks Like We Made It” tour.

Gibson re-entered the workforce, applying authenticity strategies and techniques to every facet of his new life. Landing a job familiar to his expertise in public relations, Mark moved back to the United States and took a job with the U.S. Small Business Administration in Atlanta, Georgia. Before long, Mark was tapped by SBA Headquarters to co-author and lead a National LGBT Outreach initiative, along with the National Gay & Lesbian Chamber of Commerce. “LGBT Business Builder” would be recognized by the White House and become the gold standard for LGBT inclusion in the federal government. LGBT Business Builder received recognition from Harvard University and became the recipient of the ‘Bright Idea – Innovation in American Government Award.’

In addition to being a world traveler and gourmet cook, Mark is a tri-athlete, runner, and has a spirit of volunteerism. He is passionate about living an authentic life to its fullest. He and his partner Aaron (aka “Mr. Wonderful”) enjoy living in Georgia and split their time between Midtown Atlanta, Lake Oconee, and their Airbnb in Savannah. 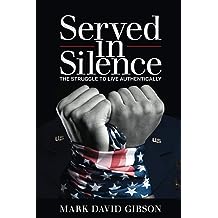 Served in Silence: The Struggle to Live Authentically Mar 6, 2018
by Mark David Gibson
( 23 )
$9.95
Retired U.S. Air Force Captain Mark David Gibson makes his debut as an author with his memoir, Served in Silence. Join Mark as he takes you on his journey before, during, and after the military’s Don’t Ask, Don’t Tell policy. Walk right alongside Mark as he shares his story of guilt, shame, and secrecy, and draw inspiration as you witness him create a new life grounded in love, authenticity, and purpose. Served in Silence speaks to the heart of anyone struggling to live authentically, and aims to inspire readers to be brave and live firmly in their truth.
Read more
Other Formats: Audible Audiobook , Hardcover , Paperback