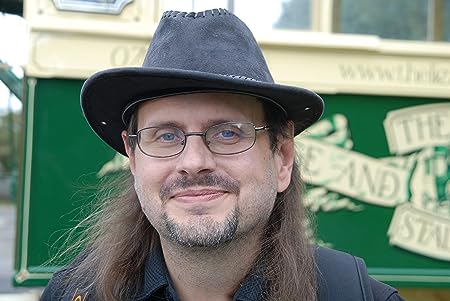 South African born, and educated there and subsequently in England, Mark Elderfield went on to work in mundane office jobs, ending up in the City of London ...

Oh, enough with that. On to the interesting stuff!

I emigrated to Bulgaria, in order to work on several projects I had in mind, whilst living off my savings. The most important of which was a simple idea I stumbled across, which I came to realise could form the central basis of a whole new philosophy, if it was valid!

After about six years worth of development and analysis, I concluded that it was, and that it provided a remarkably strong analytical mindset, to approach problems from a different angle. And, if adopted into one's ethos, it could substantively improve relations with others, by allowing their world-views to be much more readily understood, appreciated and accepted.

Interestingly the philosophy could be applied to a huge range of human endeavors, yielding subtle benefits for some, and massive advantages for others.

My deliberations allowed me to find various successful applications, over the next six years, but I had come to see that the greatest, immediate, benefit could be found in social engineering. Although the philosophy was used to identify the key failings in our political systems, and find solutions to those, they stand on their own merits and are independent of the philosophy.

The results of which you can read about in 'Government Optimisation - Basic concept, how to bring us closer to world peace'.

As at the time of writing this, I am getting ready to head to England, with three cats, two bags, and not a lot more, beyond hopes that I will be able to convince others, that we can indeed make the world a better place. 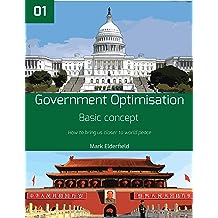 Government Optimisation: BASIC CONCEPT, how to bring us closer to world peace Aug 1, 2018
by Mark Elderfield
$2.99
Democracy is broken, but there is a way to fix it!

Ever get frustrated that the party you favour failed to get in to power, even though it had almost as many votes, as the party you hate? Why should the way you live your life be dictated by how other people vote?

Democracy was founded by a city state which kept slaves. So they felt that that enslaving the minority, to the dictates of the majority, was a fair principle. It is not though!

Whilst sometimes it is necessary, such as when deciding whether or not to inoculate all children against diseases, it is not a good way to choose how to live the rest of our lives. We do not have to keep the shackles of history on us! This book will show you a viable alternative.

It will take time and effort though, to unpick the errors, made by following fundamentally flawed principles, for thousands of years. However the solution is, in principle, a simple two-step process, which this work describes. It then goes on to look at the ramifications of how society can be improved, in surprisingly different ways, according to the needs of different countries.

I think that change is inevitable, in the fullness of time. Once enough people have taken the time to 'get their heads around' a different way of thinking about politics. Even if that takes a generation, for younger minds, exposed to these ideas, to reach the positions of power necessary to implement the changes.

I do hope that we can find a way to overcome stagnant political dogma faster than that though. As a number of the worst problems, in the world, could be lessened or solved, using the new political tools government optimisation offers.

Depending on how it is implemented, it can:

- improve the ability of a country to prepare for, and respond to, a natural disaster or war.

- allow everybody to live under the rule of the major political party of their choice.*

- give an alternative to independence vs central rule, in countries suffering calls for separatism, by a segment of society, or within a particular region.*

- provide political blocks an outlet for nationalism, without it fragmenting the block.

- reduce the economic and social repression of minorities.

- in countries with distinct cultures, or religions, it can grant each major group self-determination.*

- reduce the ability of any one group to impose their own agenda on other social groups.

- Because of doing the above, it reduces the risk of civil disorder, terrorism and civil war.

- In regions, where there is the danger of war, due to any of the above, that risk would be decreased.

* Only those which are both desirable and economic for the whole society.

One of the nicer aspects though, is even though this social engineering was formulated to solve the problems of democracy (and does so by extending its principles to a logical conclusion), the tools which it does that with can actually be employed by other types of governments too. So it can help people in any country.

There is a cynicism, in the general public, which I know all too well. Even before I have described the proposal, they will say "the powers that be will not let you change things" or "you cannot change society".

I sincerely hope that you will invest the time to read through this, as it provides 'win win' alternatives, so we can.

Plus, every time you think, to yourself "we cannot make such big changes", please remember that once we were only ruled by kings and dictators. And one man, in Athens, suggested a different way.
Read more