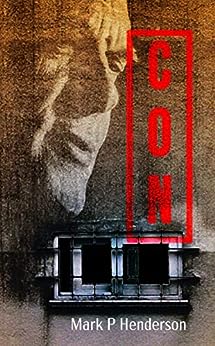 by Mark Henderson (Author) Format: Kindle Edition
See all formats and editions
Sorry, there was a problem loading this page. Try again.
Doug Carmichael has spent 15 years behind bars in a Scottish jail for the murder of his partner Linda. He is now eligible for parole and must undergo a series of interviews with a forensic psychologist, Fiona MacDonald, who is acting on behalf of the Parole Board.
The interactions between Doug and Fiona draw us into Doug’s prison life with the grim, funny, sad, infuriating, smart, stupid and scary men with whom he shares his days. Aware that he’s being psychologically dissected, Doug starts to engage in verbal duels with Fiona. These duels are weighted in Fiona’s favour, but he succeeds in hiding some of himself from her analytical scrutiny and occasionally disconcerts her.
This is no stereotypical relationship between criminal and forensic psychologist. Far from seeking to minimise his guilt, Doug never wavers from his original confession; he killed Linda. This leaves Fiona’s conventional role redundant; Doug doesn’t need to be pushed to confront his guilt. Oddly, it is Fiona who starts to explore the evidential anomalies of the case.
Con – the gripping sequel to Perilaus II.

After retiring from a career in medicine and university teaching, Mark P. Henderson moved to the Derbyshire Peak District in 2002 and started to write fiction and collect local folktales. Several of his short stories and poems have appeared in magazines and anthologies. His books, released by various publishers, include an anthology of short stories (Rope Trick; 2008), a children’s story (Fenella and the Magic Mirror; 2009), a study of the origin and evolution of a local legend (Murders in the Winnats Pass; 2010), a collection of 62 traditional Peak District stories (Folktales of the Peak District; 2011), a collection of puns in verse and prose (Cruel and Unusual Punnishments; 2016), a one-act play (Forget it, it’s History; 2017), a novelette (The Definitive Biography of St Arborius of Glossopdale and his Thin Dog; 2019), two more novels (National Cake Day in Ruritania; 2018, and The Engklimastat; 2019) and a novella (The Man who Let the Cat of Doom out of the Bag, 2020). A glutton for punishment, he has a further novel awaiting execution by a publisher and is working on yet another manuscript. He’s in increasing demand as a storyteller to adult audiences around North-West England and is currently making films of South West Peak folktales. He earns a crust as an editor and a creative writing tutor. For details see http://www.markphenderson.com/