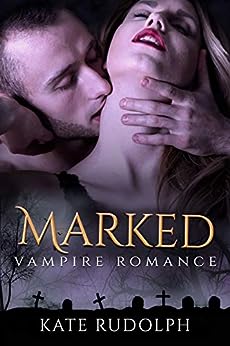 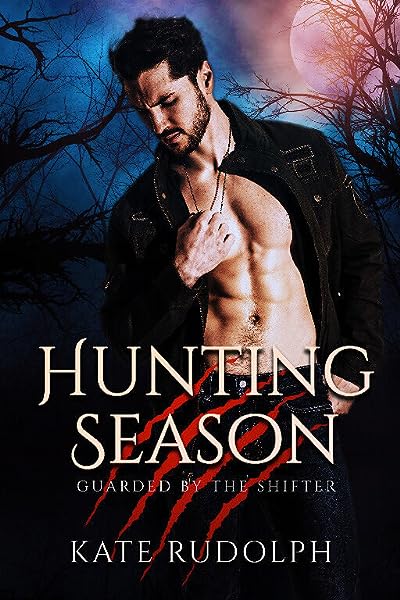 Alien Romance (a little something out of this world)
Crashed: Sci-Fi Romance - amazon.com/dp/B01JDTX3MK

Take it from the fans, what readers are saying about Marked:

"This is one of the MOST AMAZING books I have read. The characters and storyline are incredibly addictive. Once you start you just can't put it down."

"You will be sitting on the edge of your seat."

"I adore this new twist on the huntress and vampire story. It's well written and exciting, full of mystery and action. The character development on this is awesome. You will not be disappointed."

"I would definitely recommend this story!"

"I couldn't put it down and read it from start to finish in one go."
--Quotes are from the Amazon reviews

Katydid
4.0 out of 5 stars Gold and Adam
Reviewed in the United States on March 6, 2020
Verified Purchase
I couldn't get into the story but am sure lots of readers will. Marigold, known as Gold is a member of the Jones family who protects their town from supernatural attacks. She and her family can sense when supernaturals are around and have reflexes that give them the upper hand when fighting against the enemy.

Adam is an old vampire who has changed his ways and grown a conscious over the time he has been a supernatural. He now also protects their town from supernatural threats including another blood thirsty vampire.

When Gold and Adam meet the unexpected happened and they are drawn together by dreams and a mark on both their arms. While Gold's family tells her the mark means either he dies or she does, there is always hope that it will work out in some other way.
Read more
Helpful
Report abuse

Emily Pennington
TOP 500 REVIEWER
5.0 out of 5 stars Marked
Reviewed in the United States on March 5, 2020
Verified Purchase
Gold Jones is a vampire hunter whose job is to hunt down and kill vampires like Adam Luther. But he claims that he has changed and reformed, now protecting humans from his kind. Now they must work together against an even bigger danger, a greater evil. Can Gold trust him?

This was a surprisingly good story that draws the reader in immediately! Both of the characters had their issues, yet each had something inside that made the reader hope they could find acceptance in each other. It looked like maybe they were beginning to find it. Grab your copy and see!
Read more
Helpful
Report abuse

Snowgoddess
5.0 out of 5 stars Vampire Twist
Reviewed in the United States on September 17, 2016
Verified Purchase
It's hard to review this book and not spoil the story. I was hooked from beginning and read straight to end. The story is well written, character development perfect on main characters, and it reads like a thriller. The relationship between two lead characters has sex but it isn't gratuitous nor extremely graphic. I highly recommend this book. I'm not sure there was anything I would change. It was well edited and there are no typos and bad grammar usually found in ebooks.
Read more
2 people found this helpful
Helpful
Report abuse

Anita L. Mihalek
4.0 out of 5 stars Marked: A vampire romance
Reviewed in the United States on August 8, 2017
Verified Purchase
I really like this book. I thought the story line was good. I liked the characters. I thought it was well written. I gave it four stars because of the ending. I looked for a second book but found that was it. I felt there are two many questions unanswered. I would love it if the author wrote a second.
Read more
One person found this helpful
Helpful
Report abuse

von
4.0 out of 5 stars It put a "mark" on my heart.
Reviewed in the United States on September 25, 2016
Verified Purchase
It was a good book and I love how the vampire and huntress became bound by their own natural abilities, for a lack of a better word. Adam and Marigold finding love amongst death. Good read.
Read more
One person found this helpful
Helpful
Report abuse

Lizzie A
5.0 out of 5 stars Unique!!
Reviewed in the United States on October 26, 2016
Verified Purchase
Absolutely captivating till the end ! Love the unique ending due to the mark n wish there was a sequel !
Read more
Helpful
Report abuse

Rose M. Bassett
5.0 out of 5 stars Best story I have read in over a month! LOVED IT!
Reviewed in the United States on March 7, 2020
I really enjoyed reading this Paranormal romance! I was able to emerge myself right into the story within the first few pages! Fantastic characters and story line!

Gold, Marigold, is a huntress just like the rest of the females in her family line. They protect humans from zombies, ghouls and vampires. She has some extra abilities like being able to sense when one is around which makes it really easy to clean up the trash outside of Chicago. She senses two vampires, but only one of them is really registering with her. The other one, even though he is an older vamp, doesn't seem to register much. When she meets Adam she almost forgets that he is a vamp. She even let him take a sip of her blood. That sip caused some markings which look like tattoos. Supposedly being Marked means that one of you must die before the markings reach one's heart. She has a hard time thinking about killing Adam even though he had a bad history. For some reason he as able to work along side humans for the past 12 years without calling any attention to himself. She can't help being drawn to him.

Adam has been around for over 300 years. During his early years he was a monster. He killed his victims when he needed to feed and let his bad side run run wild. It has been in the last 50 or so years that he was able to get in control of his vamp tendencies and has been trying to keep his town clean of evil undead beings. He has a bookstore where he has hired and been around humans for the past 12 years without any issues. When he comes upon the huntress, Gold, something changes. He is attracted to Gold unlike anything that he has experienced in the past 300+ years. Vampires don't get sexually excited, but now he is. When he starts to get tattoo like markings on his arm, just like Gold's, things get even hotter between them.

Jennifer
4.0 out of 5 stars A very enjoyable vampire paranormal romance.
Reviewed in the United States on March 5, 2020
This novel was well written and edited with few if any typos that I caught. I enjoyed this romance more than I thought I would, considering I thought that I was tired of vampires.The characterization and development of the romantic relationship between the hero and heroine were both top-notch in this novel. The romance between these two developed naturally and organically and these two were both very sympathetic characters. The world building with the somewhat supernaturally gifted female hunters was interesting, and the fact that the "curse" could also mate bond a huntress and vampire was a cool addition. This novel uses a variation on the Fated Mate trope which I call the Mate Bond trope. The angst in this novel was about medium and the stakes were very high, which is one of my preferred narrative structures in a romance novel. I recommend this romance to any reader who enjoys paranormal romance, even if you think you are tired of vampires.