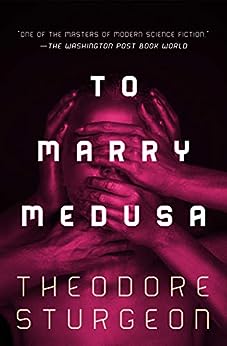 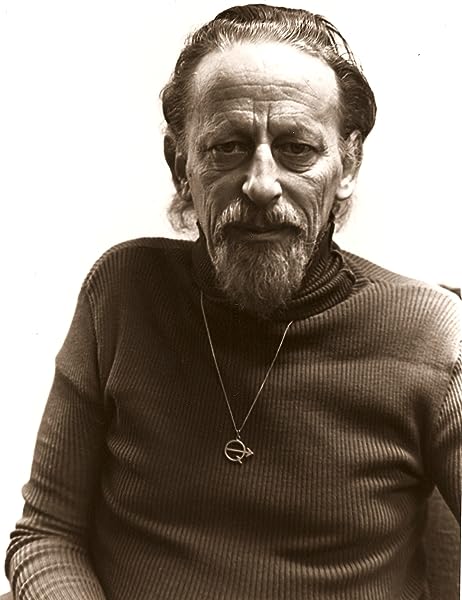 Theodore Sturgeon is the father of literary SF, his profound influence apparent in the works of such wildly different authors as Samuel R. Delany, Harlan Ellison, and Nancy Kress. His fiction--concerned with alienation, union, repression, self-discovery, and the healing powers of love and tolerance--foreshadowed the humanist, sexual, and transcendental revolutions of the 1960s. He was honored with the Hugo, Nebula, and International Fantasy Awards and the World Fantasy Lifetime Achievement Award. To Marry Medusa (1958) may be Theodore Sturgeon's best novel.

Dan Gurlick was a drunken bully--until he became infected with an alien spore. Now Gurlick is part of the Medusa, a galaxy-spanning hive mind comprising a billion life forms--a near-omnipotent intelligence horrified by humanity, and determined to destroy the unsuspecting human race in order to save it. To Marry Medusa is vintage Sturgeon, a treat for fans and newcomers alike. --Cynthia Ward --This text refers to the paperback edition.

“Dazzling . . . Sturgeon swerves around cliché and dull language like a maniac. At times, it seems like he’s working in his own personal version of the English language. It’s like taking a road trip with an incredibly eccentric dude: You may know the most logical or efficient route, but the offbeat guy will know the way past the most stunning vistas. Read a little of Medusa, and you’ll see what I mean.” —SF Site
“A fine example of what science fiction is supposed to be: simultaneously plot- and character-driven and completely devoid of fluff . . . A fantastic classic.” —SF Signal

Praise for Theodore Sturgeon
“A master storyteller certain to fascinate all sorts of readers and not merely science fiction fans.” —Kurt Vonnegut

Theodore Sturgeon (1918–1985) is considered one of the godfathers of contemporary science fiction and dark fantasy. The author of numerous acclaimed short stories and novels, among them the classics More Than Human, Venus Plus X, and To Marry Medusa, Sturgeon also wrote for television and holds among his credits two episodes of the original 1960s Star Trek series, for which he created the Vulcan mating ritual and the expression “Live long and prosper.” He is also credited as the inspiration for Kurt Vonnegut’s recurring fictional character Kilgore Trout.
Sturgeon is the recipient of the Hugo Award, the Nebula Award, and the International Fantasy Award. In 2000, he was posthumously honored with a World Fantasy Award for Life Achievement.

''The magic of Theodore Sturgeon's writing lies in his understanding of the many ways there are to be human.'' --Larry Niven

''Theodore Sturgeon is the father of literary SF, his profound influence apparent in the works of such wildly different authors as Samuel R. Delany, Harlan Ellison, and Nancy Kress . . . To Marry Medusa may be Theodore Sturgeon's best novel.'' --Amazon.com, editorial review --This text refers to an alternate kindle_edition edition.

3.7 out of 5 stars
3.7 out of 5
16 global ratings
How are ratings calculated?
To calculate the overall star rating and percentage breakdown by star, we don’t use a simple average. Instead, our system considers things like how recent a review is and if the reviewer bought the item on Amazon. It also analyzes reviews to verify trustworthiness.
Top reviews

Michael G Kurilla
4.0 out of 5 stars Hivemind concept with an unsocialable soul
Reviewed in the United States on July 21, 2019
Verified Purchase
Theodore Sturgeon's To Marry Medusa explores the hivemind concept with an alien invasion. An alien intelligence with the ability to control an entire intelligent race by commandeering their collective consciousness is stymied after learning Earth humans are not a hivemind. Furthermore, the invader finds itself operating from within a social outcast who is probably the most disagreeable human on the planet. His attempt to drive humanity to a hivemind eventually backfires.

Beyond the simple concept of a hivemind and it's potential susceptibility to global control by an alien invader, Sturgeon intersperses a series of vignettes that basically offers glimpses of the dark side of an intelligent species lacking a hivemind. The result is that while the alien hopes to initiate a hivemind and thus present a route for its total control over humanity, the opposite results as humanity is now in a position to cast aside their petty differences and shallow personal desires and unite to defeat the alien. There's also the situation of alien first contact being forced to interact with the most cantankerous, frustrating, and all around disagreeable human on the planet that adds a comedic element to an otherwise serious storyline.
Read more
Helpful
Report abuse

S. H. Wells
3.0 out of 5 stars Vision of an intergalactic hive mind
Reviewed in the United States on December 27, 2018
Verified Purchase
Sturgeons vision of the Medusa, an intergalactic hive mind that incorporates species into a vast super consciousness is fascinating. That the sport of the Medusa encountered a miserable cuss like Gurlick was also a comically petty foil against the looming omniscience that would bring humanity into its fold.

Unfortunately this compelling story gets a little lost in the threads of other mortals that only tangentially forward the story. While the novel is not long, it feels like it would have made an even better short story.
Read more
2 people found this helpful
Helpful
Report abuse

Ona
3.0 out of 5 stars Lesser book by a Favorite Author
Reviewed in the United States on June 21, 2018
Verified Purchase
A very odd sort of book. Not one of Sturgeon's best. Very different.
Read more
3 people found this helpful
Helpful
Report abuse

JimHerbert
5.0 out of 5 stars THE COSMIC RAPE
Reviewed in the United States on October 8, 2014
Verified Purchase
An alien invasion story like no other, by a master storyteller like no other. Almost thirty years after his passing, and more than fifty years after this story's publication, Theodore Sturgeon remains without peer.
Read more
4 people found this helpful
Helpful
Report abuse

Amazon Customer
2.0 out of 5 stars Two Stars
Reviewed in the United States on July 20, 2014
Verified Purchase
Not in the same class as More Than Human, I found it disorganized and forgettable.
Read more
3 people found this helpful
Helpful
Report abuse

With that said shipping was fast and secure. Company is great. Product wasn't. Not their fault.
Read more
2 people found this helpful
Helpful
Report abuse

Kat Hooper
VINE VOICE
4.0 out of 5 stars A beautiful but frightening speculation
Reviewed in the United States on March 29, 2012
Dan Gurlick is a pathetic human being, which is undoubtedly why nobody likes him. He has no identifiable positive personality traits, his motivations and desires are base, and he lacks the skills and knowledge to appropriately acquire the things he wants. Life suddenly changes for Gurlick when he accidentally ingests the spore of an alien hivemind named Medusa. Medusa has been all over the universe enfolding the collective minds of the species it finds. When Medusa becomes conscious on Earth, in Gurlick's mind, it's surprised to find that human brains are not connected. Perhaps humans have sensed Medusa's plan and have protected themselves by disorganizing. The hivemind plans to use Gurlick's limited brain to figure out how to put human minds back together so it can engulf them. To get Gurlick's cooperation, Medusa promises to give him whatever his nasty heart desires.

Theodore Sturgeon's To Marry Medusa, originally published as the longer novel The Cosmic Rape in 1958, is a not just an exciting hivemind science fiction story, it's also a beautiful but frightening speculation about what life would be like if humans shared a collective consciousness. At first the idea is naturally horrifying, but Sturgeon makes us reconsider by interspersing humanity's response to Medusa with vignettes of several characters experiencing loneliness, loss, lust, jealousy, fear, or budding faith. A group mind could be a powerful thing, but if we all share the same mind, what is the value of one of us?

I listened to Blackstone Audio's version of To Marry Medusa, narrated by Stefan Rudnicki who is the reason I chose to read this book in audio format. As always, he does a great job except that I think he said the word "unties" when he meant "unites" at one point, though perhaps it was a typo in the book. I wouldn't usually pick on something so seemingly trivial, but those two words have opposite meanings and, in this context, it confused me for a moment.

For such an old SF hivemind story, To Marry Medusa is surprisingly fresh and deeply thought-provoking. I'm putting the rest of Theodore Sturgeon's work on my TBR list.
Read more
10 people found this helpful
Helpful
Report abuse
See all reviews

Angela
4.0 out of 5 stars Not his greatest.
Reviewed in the United Kingdom on October 20, 2011
Verified Purchase
The premise of this book is fascinating and one I had not come across before in many years of sci-fi reading. An alien race, made up of a 'hive' intelligence, is astonished that human-kind are individuals and sets out to change us into a "hive" with unpredicted results. Fascinating!

The story begins fairly slowly, setting up a lot of unrelated scenes, and builds gradually until there is a wonderful rush from about two-thirds of the way through, building until the end. I was in such a hurry to read it that I found the final chapter slightly confusing and had to re-read it twice to work out who won. Undoubtedly my failing!

What let this book down unfortunately, was the style of the narrative which was reminiscent of all those '70s disaster movies (very different people in one situation, all reacting) and it felt a bit tired. although I was well-aware this was written years before The Poseiden Adventure and Towering Inferno and probably appeared fresh in the '50s.

All-in-all, an excellent story by a master of sci-fi which failed because it was dated. NOT Sturgeon's fault, but my own fault for not being old enough to enjoy it at the time of writing .
Read more
Report abuse
See all reviews