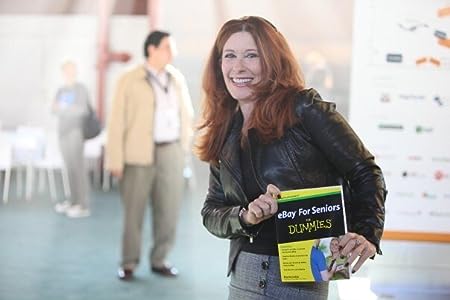 In 1997 Marsha created the first edition of eBay For Dummies, then, followed up the success of the first book with a second book targeting individuals interested in making e-commerce their full time profession, Starting an eBay Business For Dummies. That book became an instant nationwide hit, making several notable Best Seller lists. Since then, Marsha has updated each of her books and published many more.

She is one of the foremost e-commerce experts and educators in the world. Her books are published worldwide (special editions for the U.K., Germany, India, France, Canada, Australia, Russia, China — and an edition in Spanish. More than a million copies of her books have been sold, and has been on multiple Best Seller lists. Marsha intermixes writing with her role as experienced spokesperson. She makes regular appearances on television, radio, and in print to discuss business, ecommerce and customer service.

Her latest books, 'Social Media Commerce For Dummies' and 'The Ultimate Online Customer Service Guide: How to Connect with your Customers to Sell More' gives businesses insight into how to use Social Media to build customer relations and bottom line.

Her e-commerce advice has appeared in publications such as Martha Stewart Living and Reader’s Digest, and don’t be surprised if you’ve seen her on television – as a guest on The View or the Today Show and in her own PBS special, Making Your Fortune Online.

She is a popular keynote speaker, inspiring online sellers to success, the lead instructor at eBay University, speaks at conferences worldwide, and runs a successful online business – so is she an internet fanatic? Well, let’s just say she’s on a mission: educating current and future online sellers.

Very active in social media, Marsha uses her years of experience to instruct online citizens on selling and marketing. She was named one of the top twenty iCitizens by Kelly Mooney in her book, "The Open Brand." She is also listed in:

Marsha currently resides in Los Angeles, CA. She can be reached via her Web site, www.marshacollier.com. 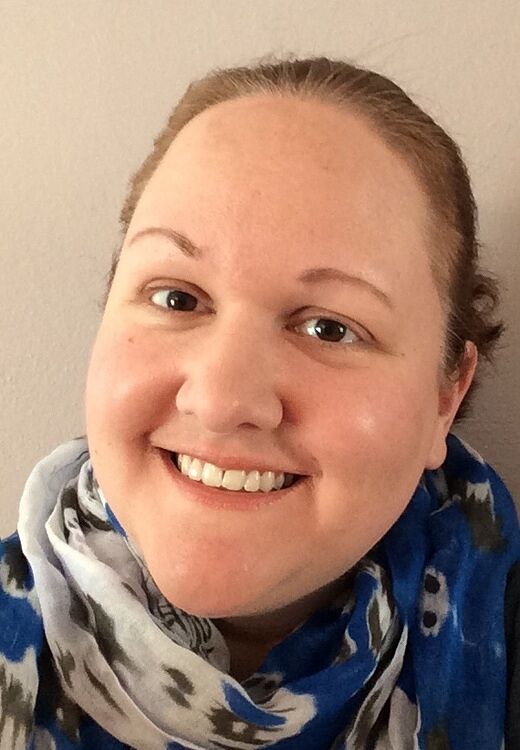 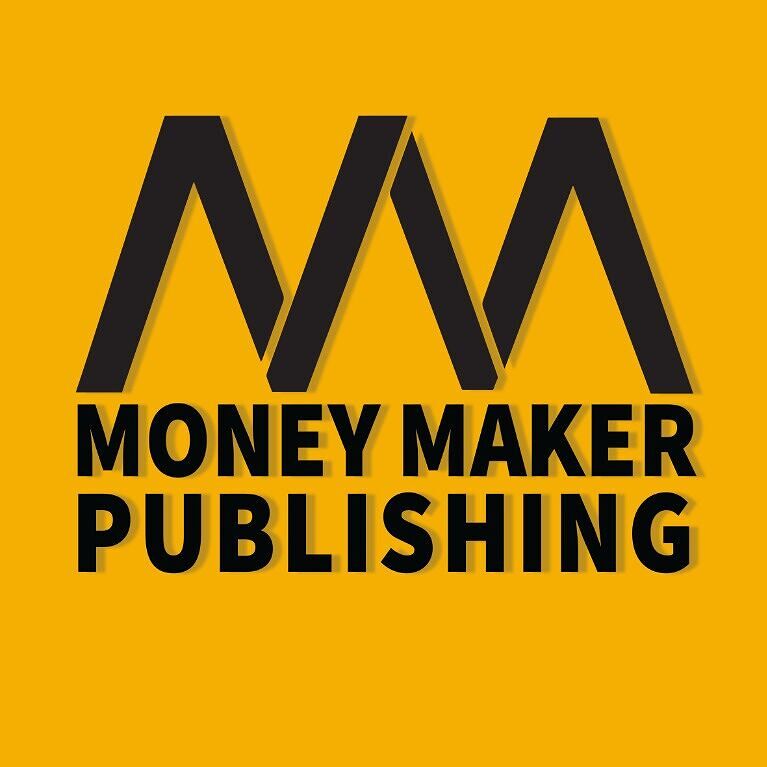 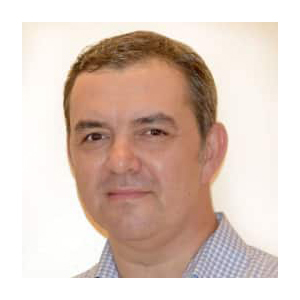 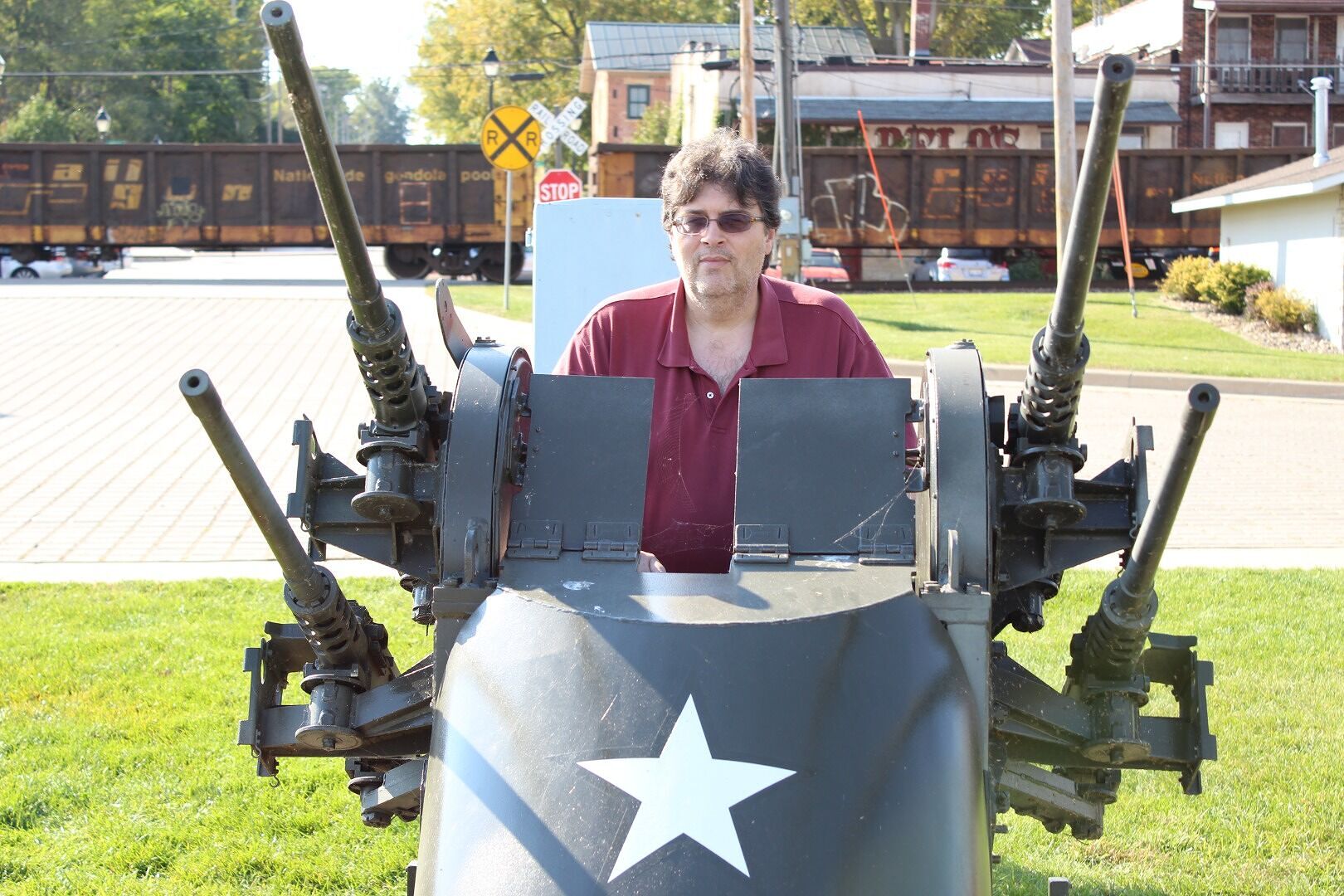 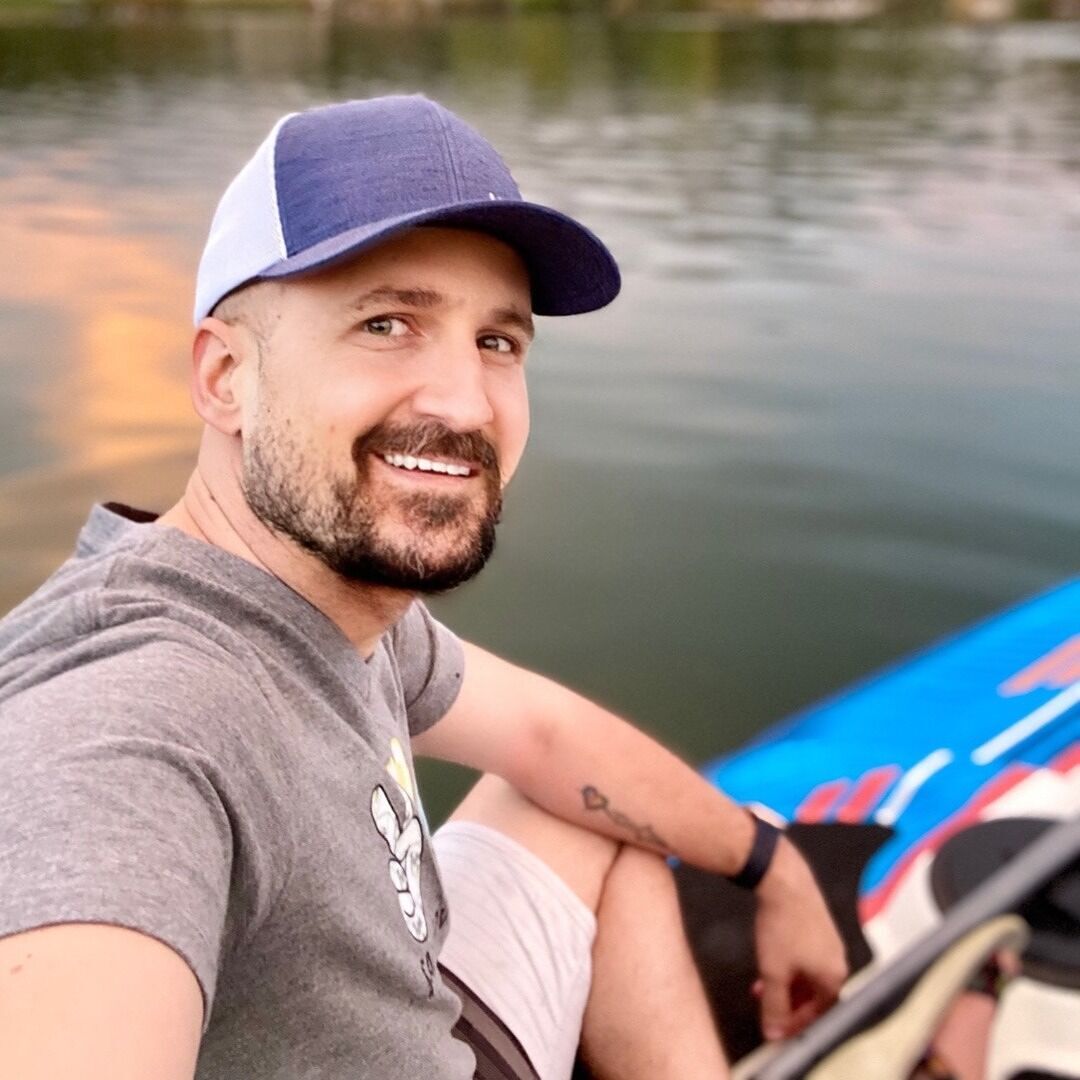 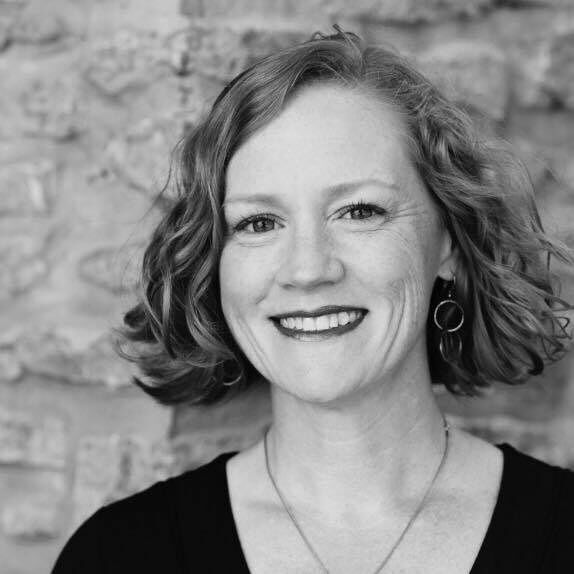 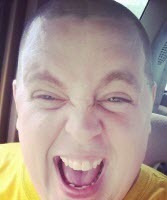 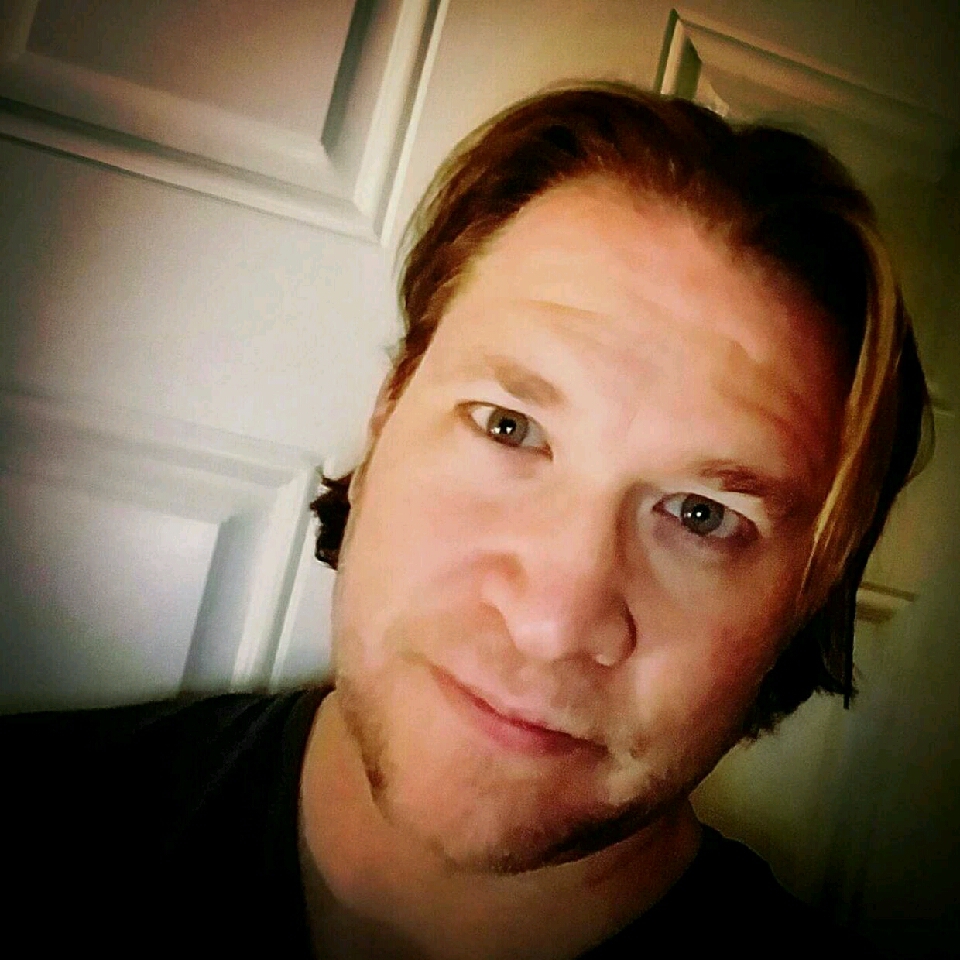 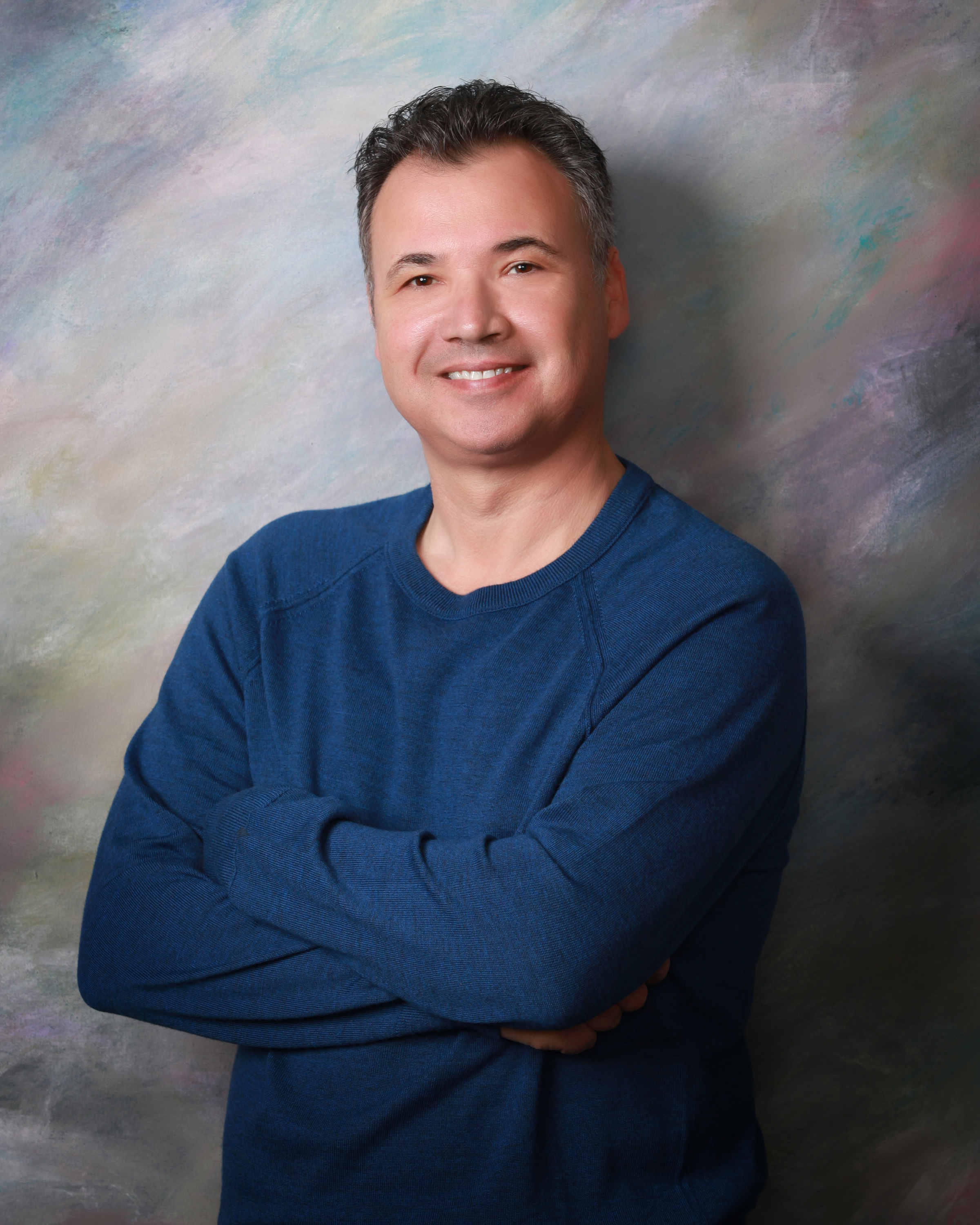 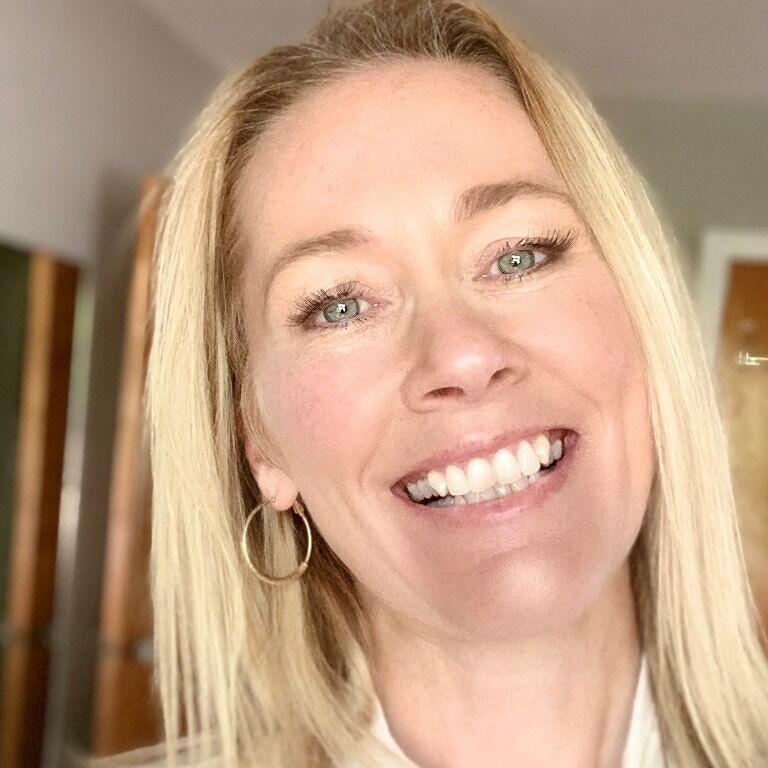 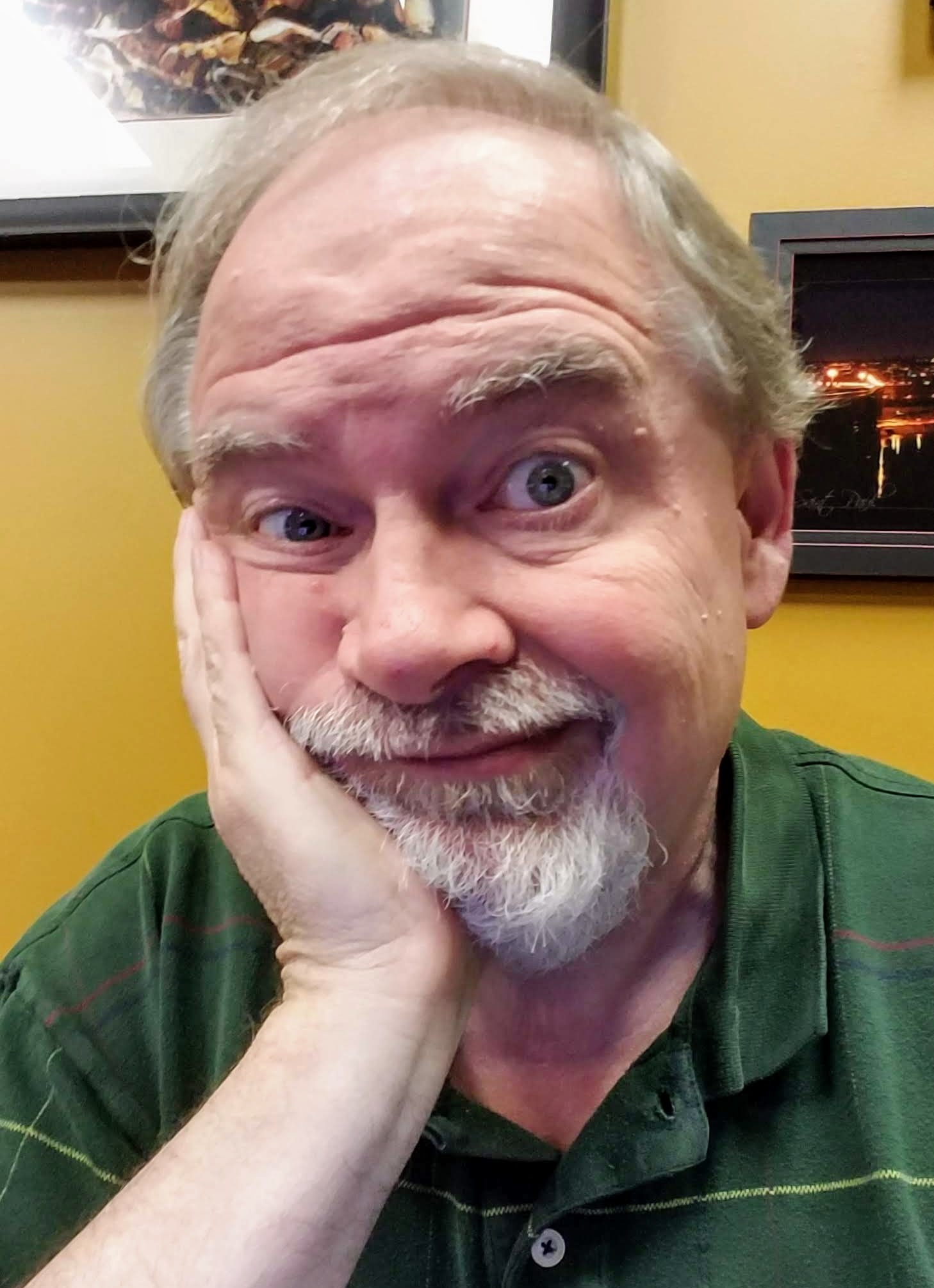 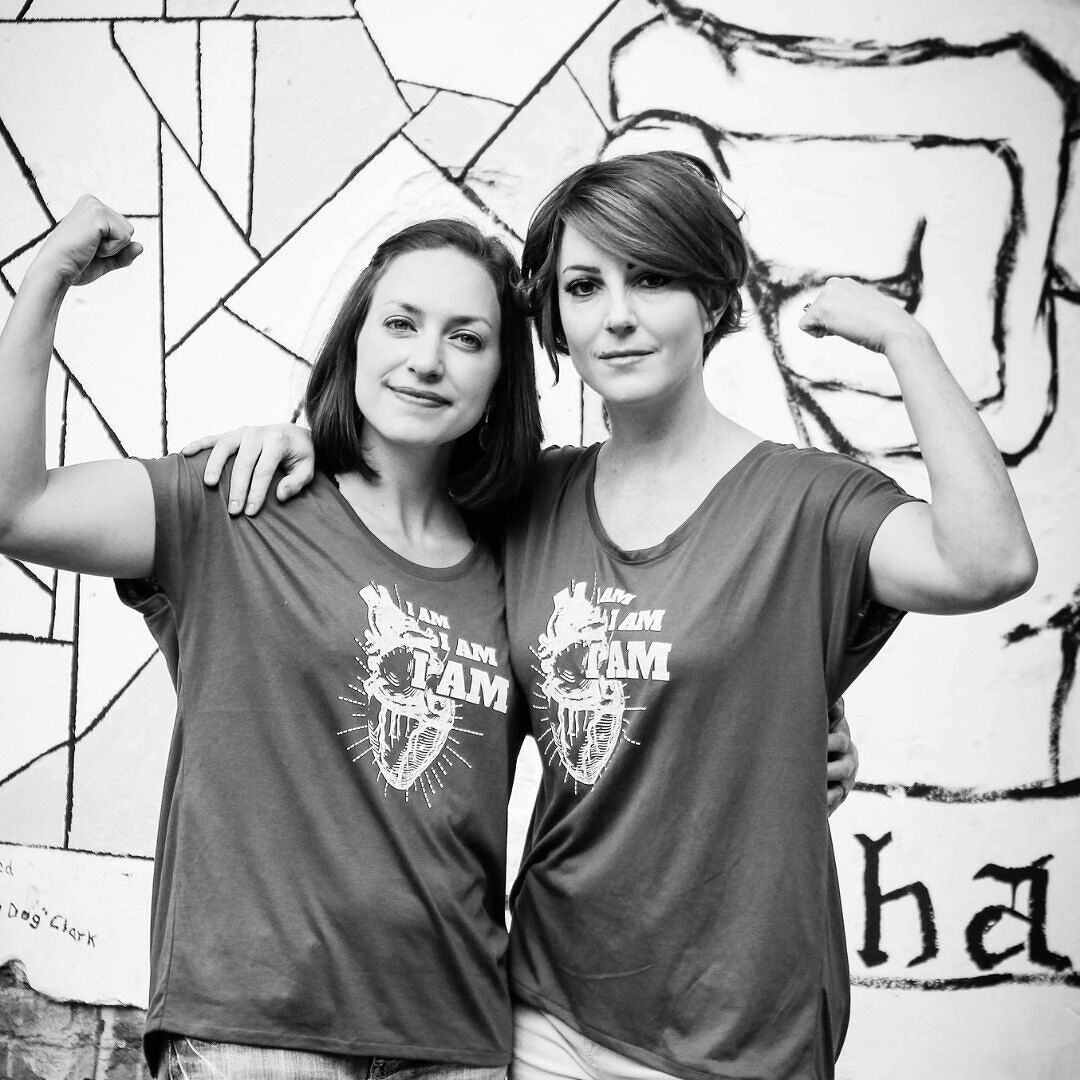 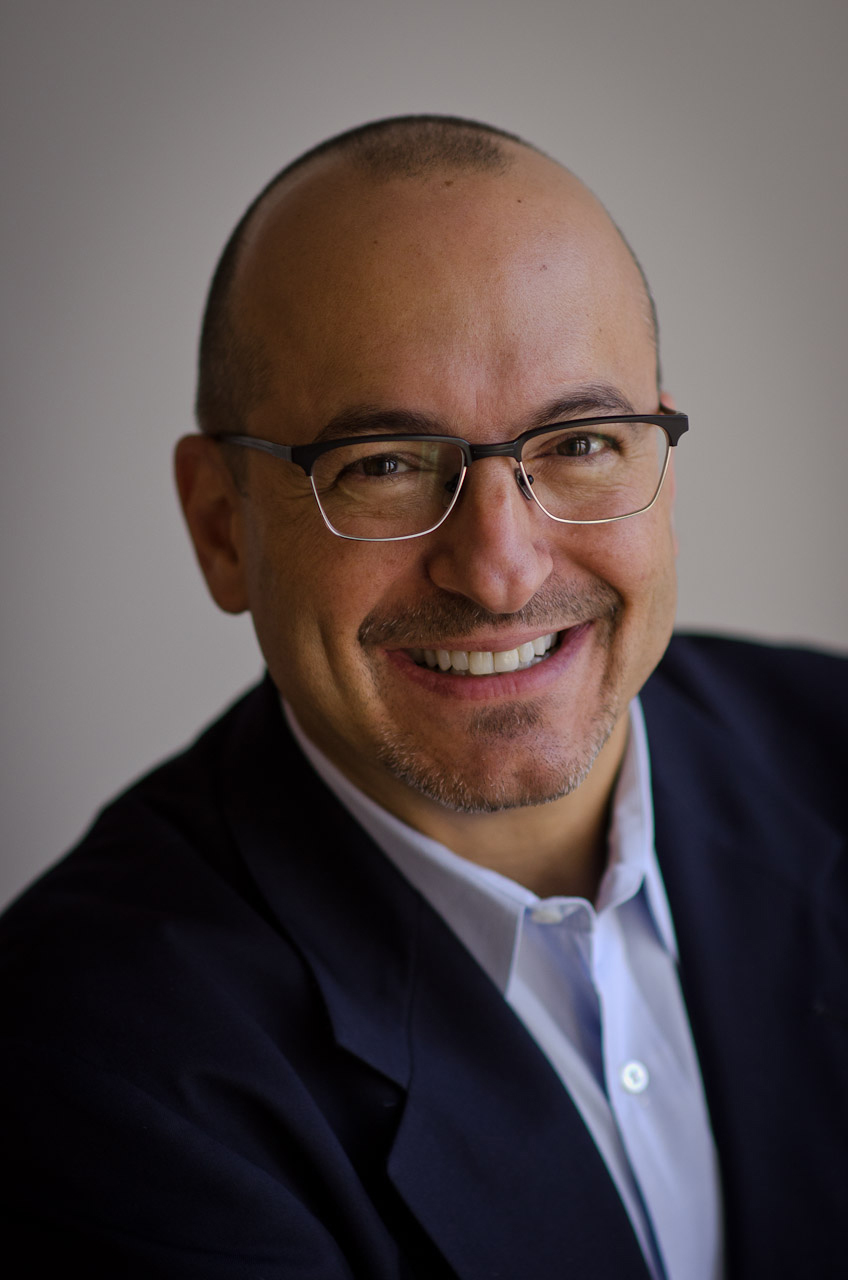 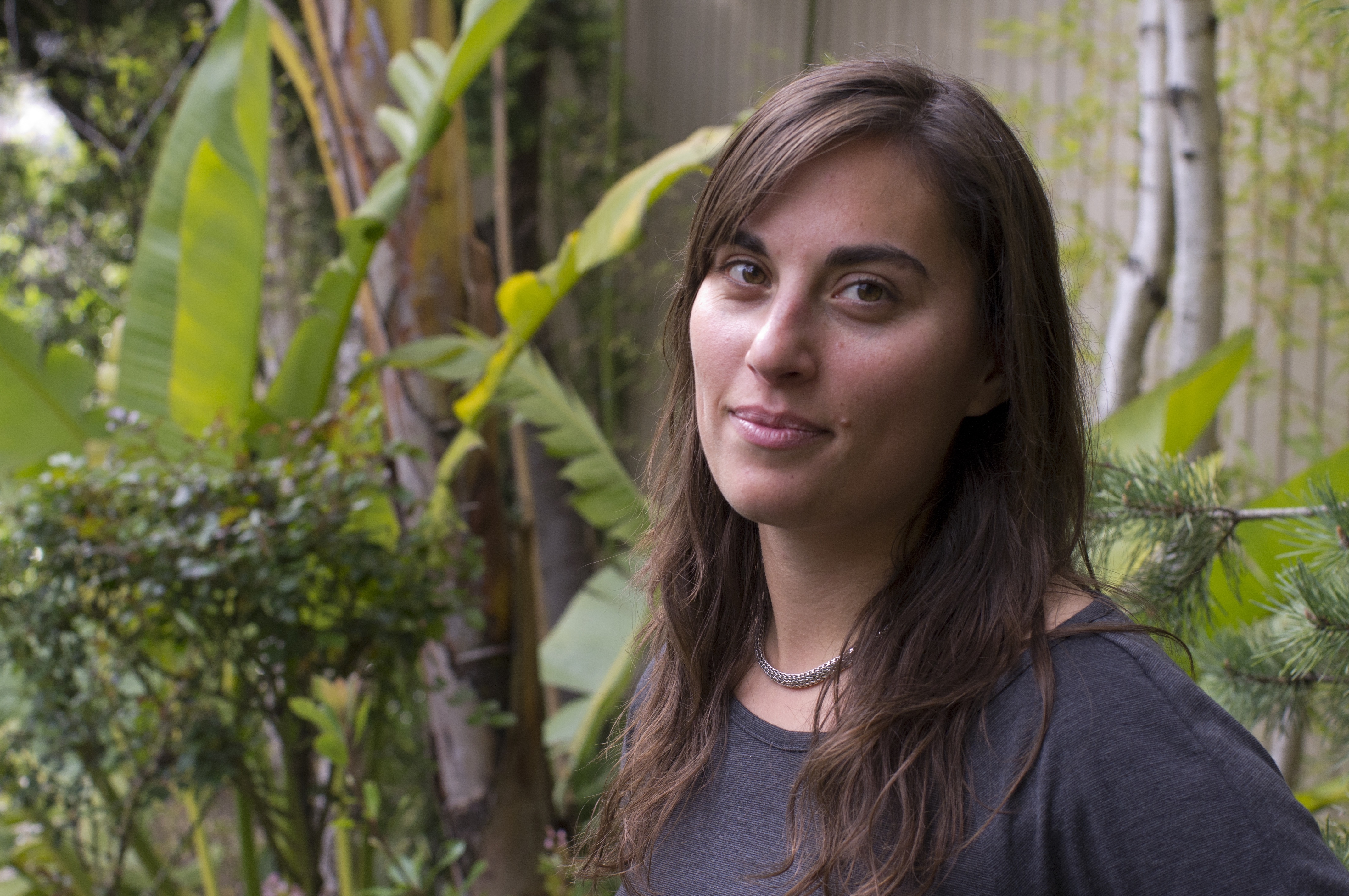 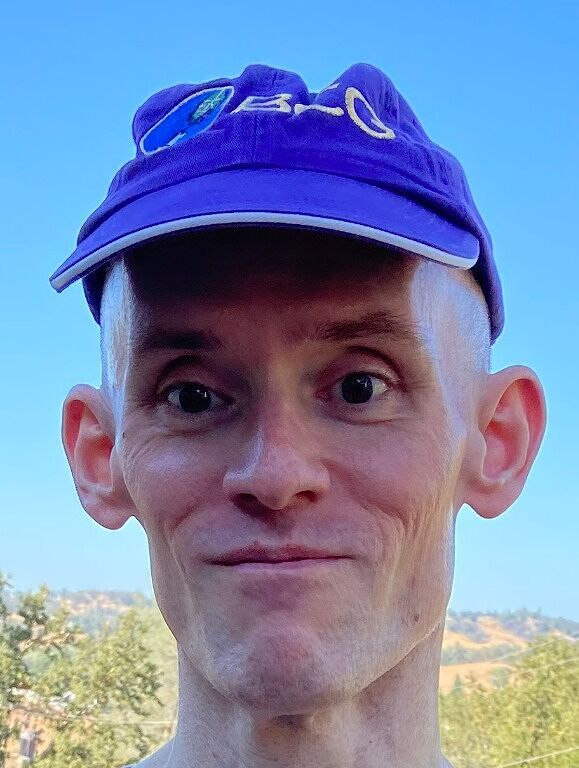 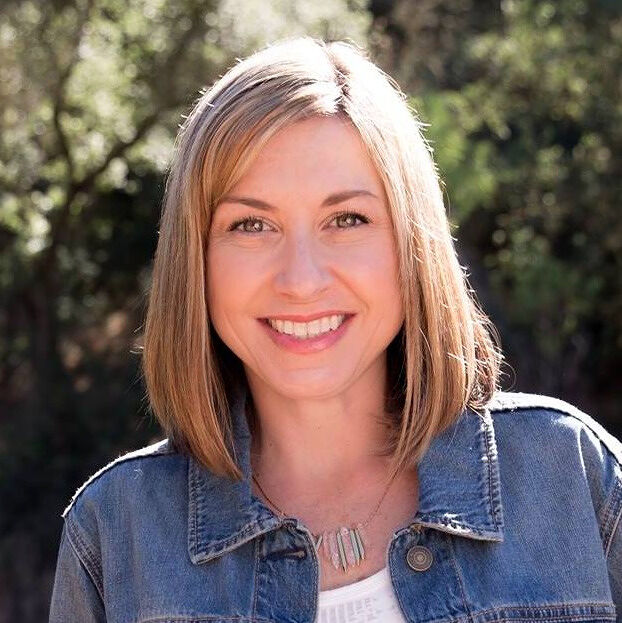 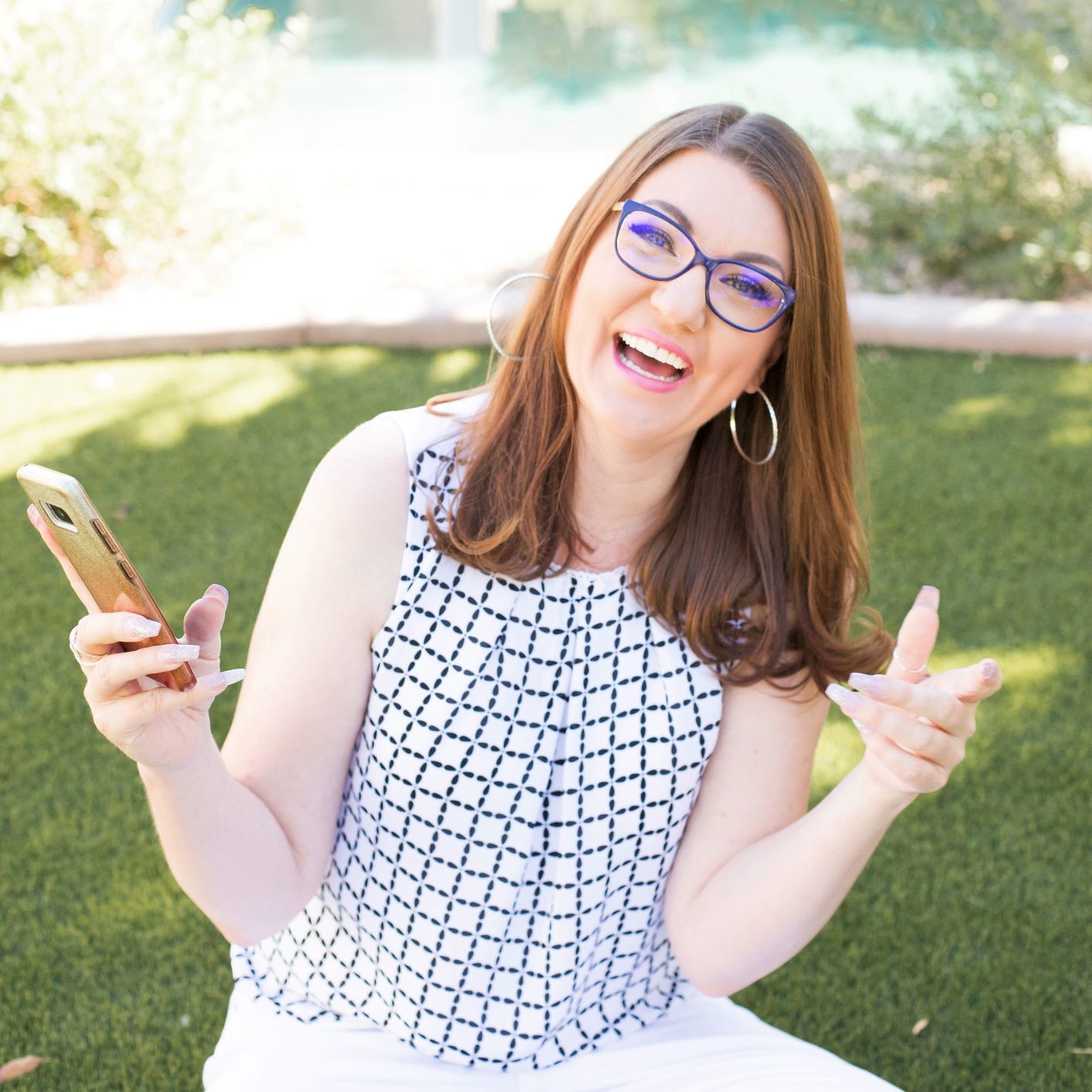 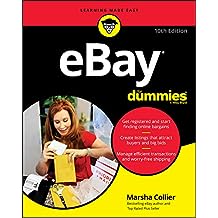 It’s a bargain! The definitive guide to buying and selling success on eBay - fully updated for 2020

Want to know the best way to get rid of some of that clutter laying around the house and make some cash? Or sell that beautiful jewelry you made recently? It might be time to take a quick trip to a market with more than 175 million buyers and start a global bidding war.

eBay remains the easiest way to sell to hungry consumers worldwide and to uncover incredible bargains and unique items for yourself in the process. Marsha Collier, longtime eBay business owner and one of their first elite PowerSellers, shares 20+ years of expertise to fast-track you to becoming a trusted buyer and seller on the site. You’ll find out how to set up your account, market effectively, and master shipping and payment, as well as how to find the best bargains for yourself and close those sweet, sweet deals.

Whether you’re a bargain hunter or bargain seller, declutterer or aspiring eBay tycoon, eBay for Dummies has what you need. Put your bid on it right now! 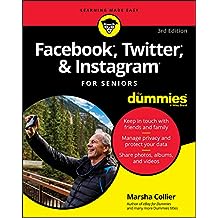 Enjoy the top social media sites with ease and security

Done correctly, social media is a way to connect friends, family, and the world while still maintaining security and privacy. Facebook, Twitter, & Instagram For Seniors For Dummies, 3rd Edition offers advice on how to enjoy the three most popular social media options while avoiding worry about who sees what you share.

Written by social media expert Marsha Collier, this book walks you through establishing accounts, making connections, and sharing content including photos and video. You learn the settings to adjust on each platform to maintain privacy and filter out the content you don't want. This book also explains the subtle art of avoiding or blocking people on social platforms without jeopardizing your real-world relationships!

Social media sites are great fun once you learn how to cut through the clutter—and this book shows you how! 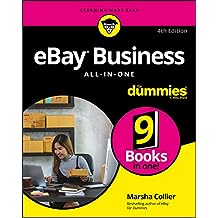 eBay Business All-in-One For Dummies (For Dummies (Business & Personal Finance)) Jan 8, 2018
by Marsha Collier
( 129 )
$24.00
The selling, marketing, and business tips you need to succeed
eBay is the perfect place to learn the ropes of what it's like running an online business. It provides the tools, technology, and platform a would-be entrepreneur needs to launch their first successful small business. It takes some know-how, however, to get that business off the ground and grow it into a success. In eBay Business All-in-One For Dummies, Marsha Collier shares the expertise she gained as one of eBay's first Power Sellers on how to get ahead, stay ahead, and expand your business onto other platforms when it's time to grow.
eBay continues to grow as it connects new individuals with items to sell with would-be buyers every day. Combining essential information covering seven key topics, this all-encompassing guide shows fledgling entrepreneurs how to sell like a pro, present and market your items, become a power seller, deal with office and legal issues, and so much more.
If you have an eye on building a business on eBay--and beyond--this is the one-stop guide you need to succeed.
Read more
Other Formats: Paperback 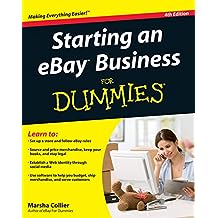 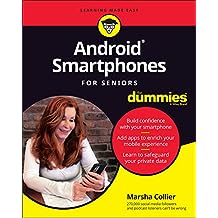 The quickest and easiest way to outsmart your Android smartphone

Android smartphones, like the Samsung Galaxy and Google Pixel models, offer great ways to simplify and enhance your life. From easy ways to stay in touch with your friends and family to helpful reminders for everyday tasks, Android phones can keep you connected and current at all times. Sometimes, though, the learning curve can seem a little steep.

But it doesn’t have to! Android Phones For Seniors For Dummies is your one-stop guide to discovering the essentials on how to take charge of your Android-powered phone. It skips the techspeak and confusing jargon to deliver key information in a straightforward and reader-friendly way.

With this book, you’ll learn to:

Printed using larger-print type and accompanied by full-color pictures that show you how to apply the step-by-step instructions, this easy handbook is the only resource you’ll need to make the most of your Android phone. 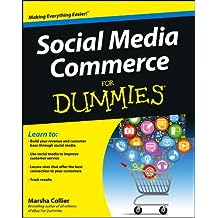 Social media commerce is a booming industry. By using social networks in the context of e-commerce transactions, brands large and small are making their products more available and more convenient for customers. This one-of-a-kind guide introduces you to social media commerce and explains how you can use social media to provide better customer service, collect payments online, and build your customer base. Online marketing expert Marsha Collier helps you determine where you have the best opportunity to reach your market, which sites you should integrate with, and much more.

Social Media Commerce For Dummies helps you offer your customers better service while giving them the opportunity to share information about your product with their social media contacts. 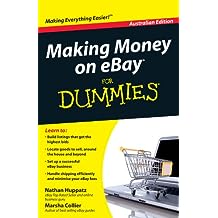 Making Money on eBay For Dummies Nov 30, 2011
by Nathan Huppatz, Marsha Collier
( 3 )
$15.99
Sell with confidence and share the secrets of the eBay elite

Whether you want to turn clutter into cash, create a steady revenue stream or give up your job and start an eBay business, Making Money on eBay For Dummies, Australian Edition, is for you. This handy guide offers tips on everything from registering with eBay, sourcing items to sell and working out your fees, to automating your business and marketing to new and existing buyers. 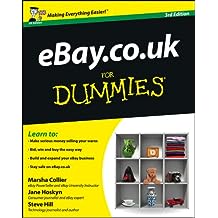 Go from eBay beginner to eBay pro in no time!

Whether you aim to browse, buy, sell, or open up your own eBay shop, this third edition of Britain's bestselling guide to eBay gets you up and running with everything you need to know. Fully updated and packed with new information on eBay apps, creating and running an eBay business, becoming a PowerSeller and much more, it covers every aspect of eBay.co.uk, from security issues and avoiding scams to making serious cash in your spare time or as a full-time eBay merchant. 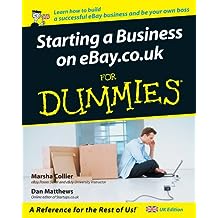 Starting a Business on eBay.co.uk For Dummies Apr 22, 2011
by Dan Matthews, Marsha Collier
( 22 )
$27.50
Starting a Business on eBay.co.uk For Dummies covers all the essentials an eBay user or budding entrepreneur needs to start a money-making venture by trading on eBay.co.uk. It features straight-talking advice on every aspect of starting and growing a successful business, including; setting-up shop, running successful auctions, delivering goods, keeping customers happy, and maximising profits.
Read more
Other Formats: Paperback 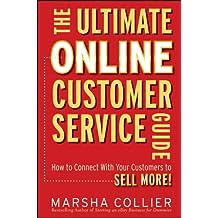 The Ultimate Online Customer Service Guide: How to Connect with your Customers to Sell More! Dec 15, 2010
by Marsha Collier
( 8 )
$15.00
Make your online customers happy—and create new ones—with this winning guide

Social media gives you an unparalleled vehicle for connecting and engaging with an unlimited number of customers. Yet this vehicle is different than other, more impersonal forms. With social media, reps become part of their customers' lives. They follow back. They handle complaints immediately. They wish customers "happy birthday." They grow their brands by involving themselves in communities.

The Ultimate Online Customer Service Guide gives you the keys to authentic and engaged service to customers through social media. Using a blend of case studies, a primer on classic online customer service, and instructions on how to execute quality customer service, this book enables you to access the opportunities that social media presents as a means of serving customers.

Social media gives you a new and growing realm to distinguish your business. Create a productive presence in this interactive space with The Ultimate Online Customer Service Guide.