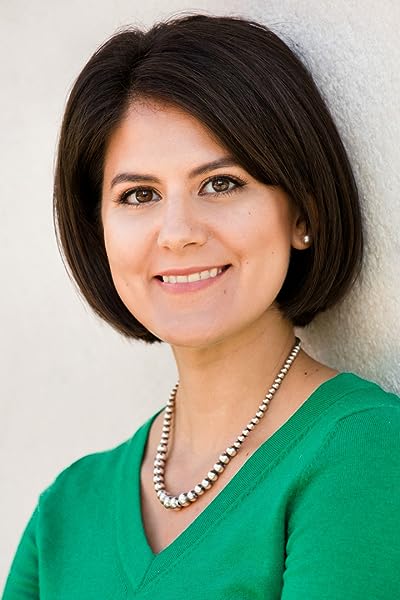 Weaving in work from poet and Cuban freedom fighter José Martí, Otheguy presents a sensitive portrayal of the revolutionary. Told in stanzas paired alongside Domínguez's Spanish translation, Martí's life story faces detailed, evocative full-page paintings, some painful (Martí witnessed the horrors of slavery), others celebratory. If the text sometimes feels workmanlike, it's only because the included bits of Martí's poetry are so strong and searing. In bringing an important life back into the conversation during divided political times, this book spotlights a steadfast hero and brilliant writer still worth admiring today. -- --Kirkus Reviews, starred review

Cuban poet and political activist José Martí witnessed an injustice at a young age and gave his life trying to right that wrong. He opposed slavery in Cuba and knew that the only way to end it would be to free Cuba from Spain s rule. Cuban American author Otheguy illuminates the life of a young man endeavoring to make a difference through affecting bilingual verses, which make Cuba s complicated history with slavery and colonialism accessible to young readers. By incorporating excerpts of Marti s writing into the narration, Otheguy introduces a new generation of readers to an important champion of human rights. Vidal s gouache artwork captures the beauty and the injustice of which Martí wrote, showcasing his country s vibrant colors, as in the pinks and oranges of the sunset, and illustrating the harsh treatment of enslaved Africans, who are shown performing backbreaking labor in sugarcane fields. Dominguez s excellent Spanish translation makes Martí s story available to a wide audience, and the text offers significant additional information via an afterword on Cuba s history, a selected bibliography, and excerpts from Martí s Versos Sencillos. Otheguy and Vidal tell a timely story that will inspire many to fight for equality and sings songs for freedom. -- --Booklist, starred review

Otheguy debuts with a bilingual story, written in gentle and measured verse, about activist José Martí, detailing his efforts to free Cuba from Spanish rule and its people from slavery by disseminating pamphlets and writing for newspapers. After being jailed and exiled to New York, Martí continued his campaign to liberate the Cuban people while finding solace in the Catskills: the grass grew wild/ and seemed to whisper/ that Cuba still needed him. Vidal (Little Bek Longtail Learns to Sleep) uses a subtle folk art style in her detailed gouache illustrations, creating people who resemble terra-cotta figurines. Excerpts from Martí s Versos sencillos thoughtfully underscore this moving account of his crusade for justice. -- --Publishers Weekly, starred review

EMMA OTHEGUY is a children's book author and a historian of Spain and colonial Latin America. She is a member of the Bank Street Writers Lab, and her short story "Fairies in Town" was awarded Magazine Merit Honors by the Society of Children's Book Writers and Illustrators (SCBWI). Otheguy lives with her husband in New York City. This is her picture book debut. You can find her online at emmaotheguy.com
Tell the Publisher!
I'd like to read this book on Kindle

4.6 out of 5 stars
4.6 out of 5
59 global ratings
How are ratings calculated?
To calculate the overall star rating and percentage breakdown by star, we don’t use a simple average. Instead, our system considers things like how recent a review is and if the reviewer bought the item on Amazon. It also analyzes reviews to verify trustworthiness.
Top reviews

CM Reader
5.0 out of 5 stars History and poetry
Reviewed in the United States on January 2, 2018
Verified Purchase
This is a beautifully written picture book biography. It does a great job incorporating the words of Marti's "Versos Sencillos" to tell the story of his life and struggles. I love that it's written in both Spanish and English. The illustrations bring an added dimension in their colorful portrayal of Cuba and the Catskills. The book is solid nonfiction with some good back matter as well. A good introduction to Cuban history for young readers.
Read more
One person found this helpful
Helpful
Report abuse

Cheryl
5.0 out of 5 stars I learned something new. Best kind of book. :-)
Reviewed in the United States on August 24, 2017
Verified Purchase
Wonderful bilingual book on Jose Marti's work for Cuba's independence. I had never heard of Marti before but I am so glad to have come across and read this book. A strong book that weaves debut picture book author Emma Otheguy's story with Marti's own words into a tale for the ages and for all ages. Gorgeous illustrations by Beatriz Vidal.
Read more
One person found this helpful
Helpful
Report abuse

Mark
5.0 out of 5 stars Great for your home, great for your classroom
Reviewed in the United States on July 2, 2017
Verified Purchase
This is a wonderful and moving presentation of a life dedicated to freedom, artistry, and social justice. I loved personally learning more about Jose Martí's work and his poetry through this book, but I'd also highly recommend it for classroom use--it's just such a rich text and connects to so many themes of identity, national pride, abolition movements, poetry, nature, and on and on. The accompanying notes by the author clearly show she's put her heart and soul into this book. I've already gotten a second copy as a gift for a bilingual teacher I know!
Read more
4 people found this helpful
Helpful
Report abuse

Ariel Gordon
5.0 out of 5 stars A beautiful, inspiring book
Reviewed in the United States on July 25, 2017
Verified Purchase
A beautifully written book on the life and poetry of Cuban poet and political activist Jose Martí, with a side-by-side Spanish translation. Emma Otheguy's text is both informative and inspiring. Beatriz Vidal's illustrations are gorgeous. A wonderful introduction to Martí for readers of all ages.
Read more
One person found this helpful
Helpful
Report abuse

Jamie L. Bielonko
5.0 out of 5 stars Must meet Marti!
Reviewed in the United States on July 25, 2017
Verified Purchase
Beautifully written, informational, and fun picture book I hope everyone has the opportunity to enjoy! My kids have asked to read this book over and over!
Read more
One person found this helpful
Helpful
Report abuse

Tags that will help you discover similar books. 6 tags
education & referencehistorybiographies & memoirspicture bookspolitics & governmentsocial activists
Results for:
Page 1 of 1Start overPage 1 of 1
Previous page
Next page
Where do clickable book tags come from?
Book tags are created from a variety of sources, some of which are customer-generated. Amazon is not legally responsible for the accuracy of the tags represented. If you are an author or publisher and would like to remove a tag associated with your title, please contact your vendor manager or publisher support team.
Back to top
Get to Know Us
Make Money with Us
Amazon Payment Products
Let Us Help You
EnglishChoose a language for shopping. United StatesChoose a country/region for shopping.
© 1996-2021, Amazon.com, Inc. or its affiliates