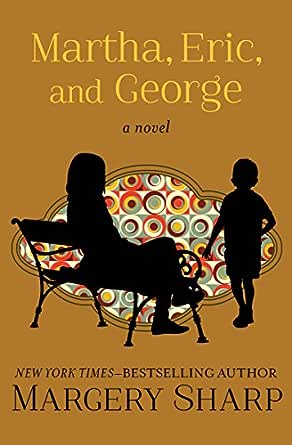 You've subscribed to The Martha Novels! We will preorder your items within 24 hours of when they become available. When new books are released, we'll charge your default payment method for the lowest price available during the pre-order period.
Update your device or payment method, cancel individual pre-orders or your subscription at
Your Memberships & Subscriptions
There was an error. We were unable to process your subscription due to an error. Please refresh and try again. 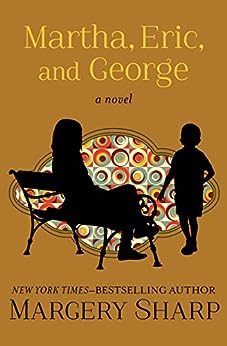 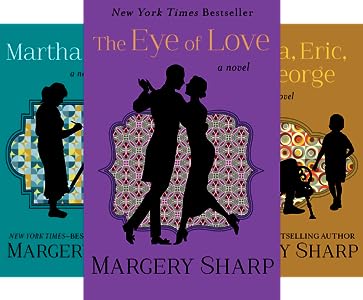 “[A] romp—easy reading and fun.” —booksandbuttons

Praise for Margery Sharp
“Sharp has a touch all her own when it comes to taking on social class, sex and its consequences, and the changes that the 20th century brought to both those arenas, most especially for women. She remained, always, both polite and biting, looking at the intoxications and delusions of life and love with wit and clear-eyed sympathy.” —The New York Times

“One of the most gifted writers of comedy in the civilized world today.” —Chicago Daily News

“[Sharp’s] dialogue is brilliant, uncannily true. . . . She is an excellent storyteller.” —Elizabeth Bowen

“It is as natural for Miss Sharp to be witty as for a brook trout to have spots.” —The Saturday Review of Literature

Margery Sharp is renowned for her sparkling wit and insight into human nature, both of which are liberally displayed in her critically acclaimed social comedies of class and manners. Born in Yorkshire, England, Sharp wrote pieces for Punch magazine after attending college and art school. In 1930, she published her first novel, Rhododendron Pie, and in 1938, married Maj. Geoffrey Castle. Sharp wrote twenty-six novels, three of which—Britannia Mews, Cluny Brown, and The Nutmeg Tree—were made into feature films, and fourteen children’s books, including The Rescuers, which was adapted into two Disney animated films.

4.6 out of 5 stars
4.6 out of 5
9 customer ratings
How does Amazon calculate star ratings?
Amazon calculates a product’s star ratings based on a machine learned model instead of a raw data average. The model takes into account factors including the age of a rating, whether the ratings are from verified purchasers, and factors that establish reviewer trustworthiness.
Top reviews

P. Shropshire
4.0 out of 5 stars Satisfying wrap-up to the Martha trilogy!
Reviewed in the United States on August 4, 2016
Verified Purchase
This book picks up 10 years after the end of Martha in Paris and answers all the unanswered questions. Aunt Dolores (and presumably Harry, although he isn't mentioned) has passed on - Martha being Martha didn't attend the funeral because she was busy working.

Finally, after 10 years of hard work and moderate success, Martha is ready for a Paris show, agrees le maître and Mr. Joyce. Mr. Joyce, now 80, had intended to accompany her, but had a stroke on the eve of their departure. So Martha goes alone.

She is a smashing success and becomes an instant celebrity; however, this also makes inevitable a collision with her past.

Eric finds her. She meets 10-year-old George who, although he still looks like Eric, certainly inherited some personality traits from Martha.

Her stay in Paris is abruptly ended when she receives a telegram that Mr. Joyce has had another stroke. She rushes back to England. She finally realizes that she truly loves Mr. Joyce. She tells him all about George. Mr. Joyce dies in her arms. She acknowledges that she will go back to Paris and bring George back to England with here.

Martha hasn't really changed. She is still as work-centered as ever. She has, however, perhaps softened just a bit - maturity, perhaps. She is a marvelously interesting character.

One thing I found so funny. Martha is described as "stout," "outsize," and her figure as columnar, without a waist. She is 10(!) stone which is 140 pounds. 140 pounds, unless one is 4 feet tall, is NOT fat!!!
Read more
2 people found this helpful
Helpful
Comment Report abuse

Savannah Inez
5.0 out of 5 stars I love her books
Reviewed in the United States on February 19, 2017
Verified Purchase
Wry. Witty as all get out. Great vocabulary and sentence structure......What more is there to say except that Amazon required nine more words when I was already done at nine fewer than what is required? Great book. Dumb policy.
Read more
Helpful
Comment Report abuse

Dancin' Heavy
5.0 out of 5 stars Five Stars
Reviewed in the United States on August 9, 2016
Verified Purchase
Although I didn't like the Martha in Paris book, I did like this one.
Read more
One person found this helpful
Helpful
Comment Report abuse

Kilian85710
4.0 out of 5 stars Four stars
Reviewed in the United States on April 11, 2018
Another of Sharp's witty novels. This is the third and final novel in the Martha series, and I loved it. Martha may seem heartless and concerned only with her career as a painter, but she meets her match in George, her 10-year-old son, whom she abandoned as an infant. Her love affair with Eric (whose real attraction was a full bathroom) resulted in an infant, whom she left on Eric's doorstop and disappeared. Unable to shake Eric, she has to deal with him and her son, who has a strange appeal for her. She has to decide how much she will allow him to interfere with her life as a successful painter.

I really enjoyed this novel. Martha should be a unsympathetic character, yet if she were a man, her dedication to living the life of a painter would not be unusual. It is because she is a woman and a mother that we judge her differently. This novel challenges our assumptions about maternity and careers, while entertaining us. One of Sharp's best.
Read more
Helpful
Comment Report abuse

AMB
4.0 out of 5 stars Another unapologetic heroine
Reviewed in the United States on January 28, 2018
Sharp reliably supplies the reader with women tough enough to resist at least some of patriarchy ' s blandishments...the comedy always at the expense of the people who expect them to aubmit to convention. Not as good as Mr that in Paris but I did want to know how she turned out so I forgive it.
Read more
Helpful
Comment Report abuse

Mart
5.0 out of 5 stars Different. Delightful.
Reviewed in the United Kingdom on July 26, 2017
Verified Purchase
Five stars - but only for Matha lovers. Start with The Eye of Love, get to know (and love) her, and then read this one. A winner.
Read more
Helpful
Sending feedback...
Thank you for your feedback.
Sorry, we failed to record your vote. Please try again
Report abuse