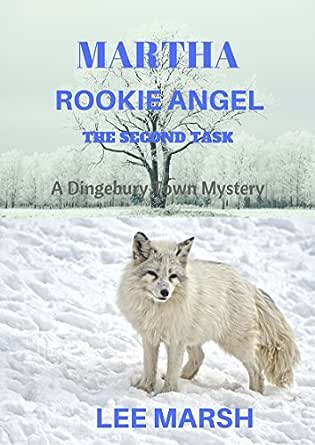 You've subscribed to A Dingebury Town Mystery! We will preorder your items within 24 hours of when they become available. When new books are released, we'll charge your default payment method for the lowest price available during the pre-order period.
Update your device or payment method, cancel individual pre-orders or your subscription at
Your Memberships & Subscriptions
There was an error. We were unable to process your subscription due to an error. Please refresh and try again. 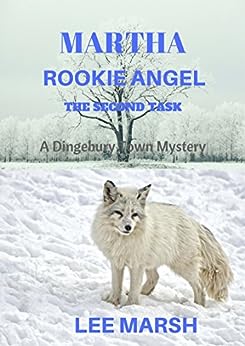 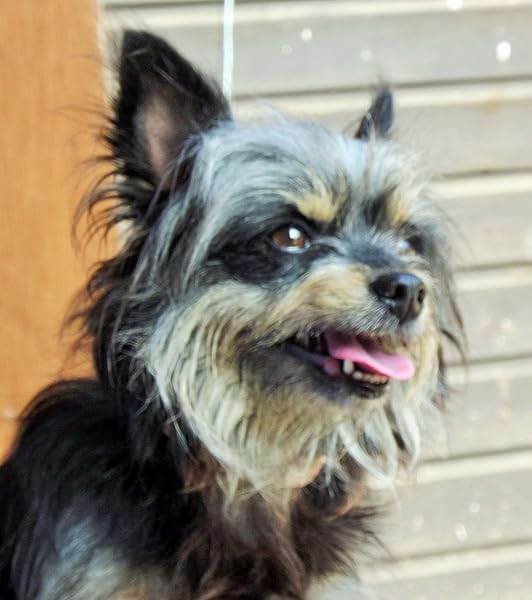 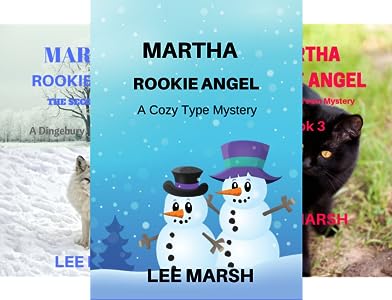 4.5 out of 5 stars
4.5 out of 5
16 customer ratings
How does Amazon calculate star ratings?
Amazon calculates a product’s star ratings based on a machine learned model instead of a raw data average. The model takes into account factors including the age of a rating, whether the ratings are from verified purchasers, and factors that establish reviewer trustworthiness.
Top Reviews

Monica
3.0 out of 5 stars Cute story, really enjoyed it, but needs a lot of editing
Reviewed in the United States on August 6, 2019
Format: Kindle EditionVerified Purchase
A wonderful and sweet story that held my interest, great characters, and an intriguing mystery. However, there are many errors on every page. Missing words, missing punctuation, wrong punctuation, missing quote marks, periods after questions, wrong words, and many typos. Examples – car’s (for plural cars), sort after instead of sought after, what instead of what’s, lightening instead of lightning, right off instead of write-off, its instead of it’s, to instead of too, heals instead of heels (boots with heals), weird writing – “he was to too nice” – just way to many errors on every single page. So be warned there are many errors and it desperately needs editing, but the story itself is wonderful and I enjoyed it. If this was well edited, it would be outstanding.
Read more
Helpful
Comment Report abuse

P.S Winn
4.0 out of 5 stars Great series with an intriguing theme.
Reviewed in the United States on April 10, 2019
Format: Kindle EditionVerified Purchase
Interesting theme for a series. Martha Holly, although not a great person when alive, is finding now that she is dead, her journey has just begun. She is tasked with the job of making things right. This second book has Martha trying to prevent murders. The author uses some humor to add to the mysterious story.
Read more
Helpful
Comment Report abuse

catsears
5.0 out of 5 stars enjoyed the first one
Reviewed in the United States on January 4, 2018
Format: Kindle EditionVerified Purchase
enjoyed the first one, and now the second! they are so cute, I got some great laughs, especially this 2d one where martha is so short and stumpy, and when she transports, the places she gets caught in! LOVE IT, cant wait for the next one to see martha's next adventure!!! hurry.
Read more
Helpful
Comment Report abuse

Grandma
5.0 out of 5 stars A light holiday read
Reviewed in the United States on December 24, 2017
Format: Kindle EditionVerified Purchase
While Martha wasn't a believable character, she was funny. The mystery was well written, the plot easy to follow, and the supporting characters believable. I would highly recommend this book as a quick easy read.
Read more
Helpful
Comment Report abuse

Kindle Customer
5.0 out of 5 stars Loved it
Reviewed in the United States on November 28, 2018
Format: Kindle EditionVerified Purchase
It's hard to earn your wings! The coziest of cozy mysteries. A humorous look at a novice trying to earn her wings. A must read.
Read more
Helpful
Comment Report abuse

Kindle Customer
4.0 out of 5 stars Wonderful!
Reviewed in the United States on April 3, 2019
Format: Kindle Edition
Very enjoyable, engrossing and surprising with lots of twists. Characters likeable and well defined. I love the English manners and the way they phrase things. The conclusion was satisfying but very abrupt. I felt it could have maybe explained the makeup of the "boss" or something. That is why I am giving this story only four stars. I really enjoyed it otherwise.
Read more
Helpful
Comment Report abuse

robolaf
5.0 out of 5 stars Martha is a hoot!
Reviewed in the United States on September 28, 2018
Format: Kindle Edition
Loved both this book and the First Task. Enjoyed the humor especially as Martha earns her wings. Bought the paperbacks and sent them to my sister knowing she will love Martha too. After reading them, my sister will take them to a local nursing home with a lending library. Looking forward to the Third Task.
Read more
Helpful
Comment Report abuse
See all reviews from the United States

Kindle Customer
5.0 out of 5 stars Humour, a terrific plot and an "angel" - terrific
Reviewed in the United Kingdom on February 2, 2018
Format: Kindle EditionVerified Purchase
Brilliant! A great tongue in cheek romp with our drinking, swearing, klutzy, rookie angel. Having fulfilled her first assignment, she is sent back for another one. Take attempted murder, greed, arson and an angel that has all too human tendencies, sprinkle liberally with humour and you have a must have read. Think of Debbie Macomber's three angels on steroids with more laughs. A fabulous read.
Read more
Helpful
Sending feedback...
Thank you for your feedback.
Sorry, we failed to record your vote. Please try again
Report abuse

Richard Marsh
5.0 out of 5 stars Great fun
Reviewed in the United Kingdom on December 24, 2017
Format: Kindle EditionVerified Purchase
The second book of Martha the rookie Angel is brilliant, following her antics and trying to behave herself. Can't wait for more stories of Martha. An engaging character. Highly recommended.
Read more
Helpful
Sending feedback...
Thank you for your feedback.
Sorry, we failed to record your vote. Please try again
Report abuse

18lansdowneann norton
5.0 out of 5 stars Charming
Reviewed in the United Kingdom on February 11, 2018
Format: Kindle EditionVerified Purchase
This is a lovelly read. Continuing on with Martha's antics to solve a problem. An absolutely charming read. Would recommend it
Read more
Helpful
Sending feedback...
Thank you for your feedback.
Sorry, we failed to record your vote. Please try again
Report abuse