Sold by: NorthernStarBooks - No delays due Covid Virus
Have one to sell?
Sell on Amazon 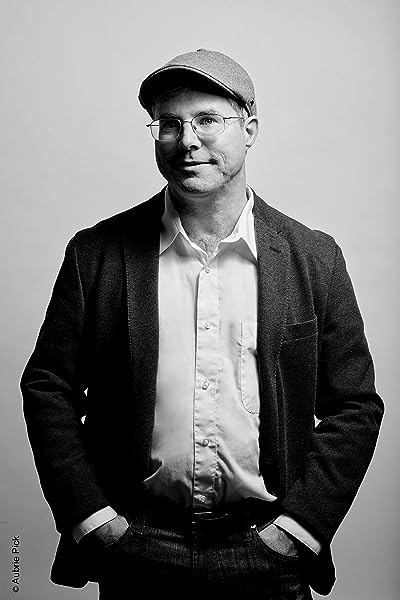 8 Tips for Surviving on Mars from Andy Weir

So you want to live on Mars. Perhaps it’s the rugged terrain, beautiful scenery, or vast natural landscape that appeals to you. Or maybe you’re just a lunatic who wants to survive in a lifeless barren wasteland. Whatever your reasons, there are a few things you should know:

Mars’s atmospheric pressure is less than one percent of Earth’s. So basically, it’s nothing. Being on the surface of Mars is almost the same as being in deep space. You better bring a nice, sturdy container to hold air in. By the way, this will be your home forever. So try to make it as big as you can.

You probably plan to breathe during your stay, so you’ll need to have something in that pressure vessel. Fortunately, you can get this from Mars itself. The atmosphere is very thin, but it is present and it’s almost entirely carbon dioxide. There are lots of ways to strip the carbon off carbon dioxide and liberate the oxygen. You could have complex mechanical oxygenators or you could just grow some plants.

Earth’s liquid core gives it a magnetic field that protects us from most of the nasty crap the sun pukes out at us. Mars has no such luxury. All kinds of solar radiation gets to the surface. Unless you’re a fan of cancer, you’re going to want your accommodations to be radiation-shielded. The easiest way to do that is to bury your base in Martian sand and rocks. They’re not exactly in short supply, so you can just make the pile deeper and deeper until it’s blocking enough.

Again, Mars provides. The Curiosity probe recently discovered that Martian soil has quite a lot of ice in it. About 35 liters per cubic meter. All you need to do is scoop it up, heat it, and strain out the water. Once you have a good supply, a simple distillery will allow you to reuse it over and over.

All right, all right. Food is the one thing you need that can’t be found in abundance on Mars. You’ll have to grow it yourself. But you’re in luck, because Mars is actually a decent place for a greenhouse. The day/night cycle is almost identical to Earth’s, which Earth plants evolved to optimize for. And the total solar energy hitting the surface is enough for their needs.

But you can’t just grow plants on the freezing, near-vacuum surface. You’ll need a pressure container for them as well. And that one might have to be pretty big. Just think of how much food you eat in a year and imagine how much space it takes to grow it.

Hope you like potatoes. They’re the best calorie yield per land area.

However you set things up, it won’t be a self-contained system. Among other things, you’ll need to deal with heating your home and greenhouse. Mars’s average daily temperature is -50C (-58F), so it’ll be a continual energy drain to keep warm. Not to mention the other life support systems, most notably your oxygenator. And if you’re thinking your greenhouse will keep the atmosphere in balance, think again. A biosphere is far too risky on this scale.

8: You’re going to need a reason to be there.

Why go out of your way to risk your life? Do you want to study the planet itself? Start your own civilization? Exploit local resources for profit? Make a base with a big death ray so you can address the UN while wearing an ominous mask and demand ransom? Whatever your goal is, you better have it pretty well defined, and you better really mean it. Because in the end, Mars is a harsh, dangerous place and if something goes wrong you’ll have no hope of rescue. Whatever your reason is, it better be worth it.

“Brilliant…a celebration of human ingenuity [and] the purest example of real-science sci-fi for many years…Utterly compelling.”--Wall Street Journal

“Terrific stuff, a crackling good read that devotees of space travel will devour like candy…succeeds on several levels and for a variety of reasons, not least of which is its surprising plausibility.”—USA Today

“An impressively geeky debut…the technical details keep the story relentlessly precise and the suspense ramped up. And really, how can anyone not root for a regular dude to prove the U-S-A still has the Right Stuff?”--Entertainment Weekly

“Gripping…[features] a hero who can solve almost every problem while still being hilarious. It’s hard not to be swept up in [Weir’s] vision and root for every one of these characters. Grade: A.”—AVClub.com

“Andy Weir delivers with The Martian...a story for readers who enjoy thrillers, science fiction, non-fiction, or flat-out adventure [and] an authentic portrayal of the future of space travel.”--Associated Press

"A gripping tale of survival in space [that] harkens back to the early days of science fiction by masters such as Robert Heinlein, Isaac Asimov and Arthur C. Clarke."--San Jose Mercury News

“One of the best thrillers I’ve read in a long time. It feels so real it could almost be nonfiction, and yet it has the narrative drive and power of a rocket launch. This is Apollo 13 times ten.”
--Douglas Preston, #1 New York Times bestselling author of Impact and Blasphemy

“A book I just couldn’t put down! It has the very rare combination of a good, original story, interestingly real characters and fascinating technical accuracy…reads like “MacGyver” meets “Mysterious Island.”
--Astronaut Chris Hadfield, Commander of the International Space Station and author of An Astronaut’s Guide to Life on Earth

"The best book I've read in ages. Clear your schedule before you crack the seal. This story will take your breath away faster than a hull breech. Smart, funny, and white-knuckle intense, The Martian is everything you want from a novel."
--Hugh Howey, New York Times bestselling author of Wool

“The Martian kicked my ass! Weir has crafted a relentlessly entertaining and inventive survival thriller, a MacGyver-trapped-on-Mars tale that feels just as real and harrowing as the true story of Apollo 13.”
—Ernest Cline, New York Times bestselling author of Ready Player One

“Gripping…shapes up like Defoe’s Robinson Crusoe as written by someone brighter.”
--Larry Niven, multiple Hugo and Nebula Award-winning author of the Ringworld series and Lucifer’s Hammer

“Humankind is only as strong as the challenges it faces, and The Martian pits human ingenuity (laced with more humor than you’d expect) against the greatest endeavor of our time — survival on Mars. A great read with an inspiring attention to technical detail and surprising emotional depth. Loved it!"
--Daniel H. Wilson, New York Times bestselling author of Robopocalypse

“The tension simply never lets up, from the first page to the last, and at no point does the believability falter for even a second. You can't shake the feeling that this could all really happen.”
—Patrick Lee, New York Times bestselling author of The Breach and Ghost Country

"Strong, resilent, and gutsy. It's Robinson Crusoe on Mars, 21st century style.  Set aside a chunk of free time when you start this one.  You're going to need it because you won't want to put it down."
—Steve Berry, New York Times bestselling author of The King’s Deception and The Columbus Affair

"Riveting...a tightly constructed and completely believable story of a man's ingenuity and strength in the face of seemingly insurmountable odds."--Booklist

“Sharp, funny and thrilling, with just the right amount of geekery…Weir displays a virtuosic ability to write about highly technical situations without leaving readers far behind. The result is a story that is as plausible as it is compelling.”—Kirkus

"Weir combines the heart-stopping with the humorous in this brilliant debut novel...by placing a nail-biting life-and-death situation on Mars and adding a snarky and wise-cracking nerdy hero, Weir has created the perfect mix of action and space adventure."--Library Journal (starred)

“A perfect novel in almost every way, The Martian may already have my vote for best book of 2014.”—Crimespree Magazine

“A page-turning thriller…this survival tale with a high-tech twist will pull you right in.”—Suspense Magazine