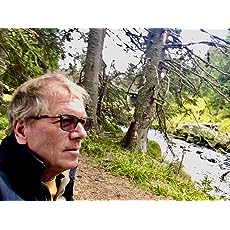 The story of one man's journey through three generations and five continents to find--and heal--a past he didn't know existed.

In 1997, Martin Beck Matuštík made a dramatic discovery at the age of forty: he was the child of a Holocaust survivor. His mother's shocking secret came from the most unlikely of places--shoeboxes full of her literary and personal archives. These dramatic revelations changed his life forever and set him on a path to discover his true identity. His research unveiled his mother's remarkable life--and the truth behind her painful decision to reject her Jewish heritage and keep it hidden from her family.

Matuštík's Out of Silence is an intensely personal Czech-Slovak-American Jewish journey into the past to understand the present and find hope for the future. Dealing with self-transformation, loss, memory, recovery, and the unsettling reality of living with multiple identities, Matuštík's exhaustive research and selfless prose offer other children of survivors--and the world at large--a remarkable look inside one man's endeavor to repair the shattered map of his life.

Born in Slovakia in 1957, Martin Beck Matuštík grew up in Prague behind the communist Iron Curtain. A firsthand witness of the fall of communism in Czechoslovakia in 1989, Matuštík was raised in an atheistic home by communist parents until he was orphaned at the age of fourteen. Fleeing Prague in 1977 at the age of nineteen, he spent five years in training with California Jesuits, studied with Jürgen Habermas in Frankfurt a/M, and returned to Prague after the fall of the Iron Curtain. 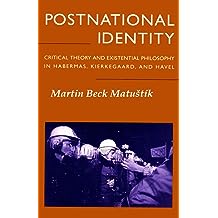 Postnational Identity: Critical Theory and Existential Philosophy in Habermas, Kierkegaard, and Havel Feb 10, 2013
by Martin Beck Matustik
$9.99
The Second Edition Contradictory interpretations have been applied to history-making events that led to the end of the Cold War: Václav Havel, using Kierkegaardian terms, called the demise of totalitarianism in East-Central Europe an “existential revolution” (i.e. an awakening of human responsibility, spirit, and reason), while others hailed it as a victory for the “New World Order.” Regardless of one's point of view, however, it is clear that the global landscape has been dramatically altered. Where once the competition between capitalism and communism provided a basis for establishing political- and self-identity, today the destructive forces of nationalist identity and religious and secular fundamentalism are filling the void. Offering the most extensive examination of Habermas’s and Kierkegaard's critiques of nationalist identity available, Postnational Identity dramatically confronts the traditional view of existential philosophy as antisocial and uncritical. This book shows how Kierkegaardian theory and practice of radically honest communication allows us to rethink the existential in terms of Habermas’s communicative action, and vice versa. As the author explains, the foundations of his work in the critical theory and existential philosophy, brought together in this book, engender two forms of suspicion of the present age. The critical theorist, such as Jürgen Habermas, unmasks the forms in which social and cultural life become systema-tically distorted by the imperatives of political power and economic gain. The existential critic, like Søren Kierkegaard and Václav Havel, is suspicious of the various ways in which individuals deceive themselves or other people. This study aims to integrate Kierkegaard's and Havel’s existential critique of motives informing human identity formation with Habermas’s critique of the colonialization of fragmented, anomic modern life by systems of power and money… The author’s argument is that existential critique and social critique complement each other and overcome their respective limitations. One of the first works to treat seriously the existential thought of Havel, the book will hold enormous appeal for students and professionals involved in existential philosophy, critical theory, philosophy, and, more generally, political science, literary theory, communications, and cultural studies.
Read more
Other Formats: Paperback 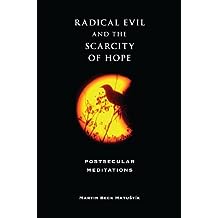 No one will deny that we live in a world where evil exists. But how are we to come to grips with human atrocity and its diabolical intensity? Martin Beck Matuštík considers evil to be even more radically evil than previously thought and to have become all too familiar in everyday life. While we can name various moral wrongs and specific cruelties, Matuštík maintains that radical evil understood as a religious phenomenon requires a religious response where the language of hope, forgiveness, redemption, and love can take us beyond unspeakable harm and irreparable violence. Drawing upon the work of Kant, Schelling, Kierkegaard, Levinas, Derrida, and Marion, this work is written as a series of meditations. Matuštík presents a bold new way of dealing with one of humanity's most intractable problems. 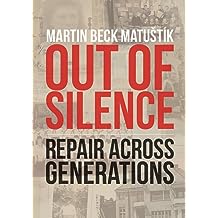 Out of Silence: Repair across Generations Mar 2, 2015
by Martin Beck Matustik
( 3 )
$9.99
Read more
Other Formats: Paperback