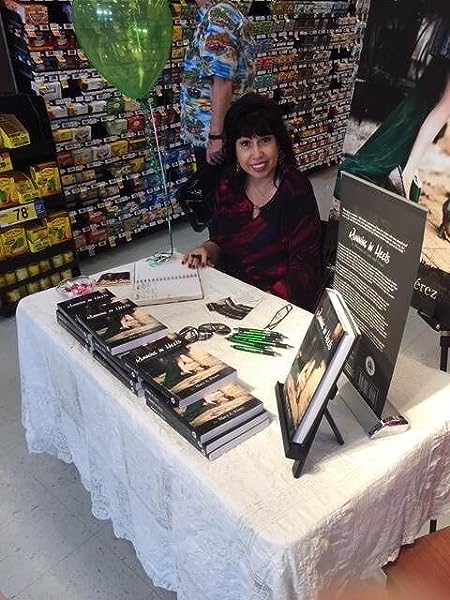 About Mary A. Pérez

Born in the Bronx, raised in Miami, relocated to Houston – Mary is of Puerto Rican descent, a mother to four grown children, “Mimi” to a couple of gorgeous grandchildren, and happily married (the second time around) to a phenomenal man for twenty-three years.

Mary A. Pérez is the author of "Running in Heels: A Memoir of Grit and Grace", her debut memoir of the turbulent and uncertain childhood she survived, unlike her sister.

Mary was born to a Puerto Rican immigrant family in the Bronx of New York and moved to Miami, Florida in 1962. Her childhood story played out against the backdrop of constant social change which defined the 1960s and forever altered the landscape for future generations. With political tensions of the time raging during the Vietnam War, there was a personal war within Mary’s own family dominating her life. Her future held little hope for a precious girl who lived through more traumas before her adult years than most live in a lifetime.

As she cleaved to the Godly faith that her grandparents instilled in her at an early age, she still found the courage to persevere through her young adulthood seeking the peace and serenity they had shown her, though it continued to be an elusive ambition.

As you get to know Mary in the pages of this moving story of hope and forgiveness, you will be overcome by the power of a grandparent’s love for their granddaughter, a child’s quiet understanding of God’s path for her, and the way in which Mary turned a life of peril into a life of promise. This book will leave you with the undeniable power of faith, hope, and love.

Mary began writing her memoirs in 2008 and continues to share her inspiring outlook with her writers group and fans through her blog. Her award-winning essays have appeared in La Respuesta and Sofrito for Your Soul.

"Running in Heels: A Memoir of Grit and Grace (New Book Club Edition)" with Stellar Communications.

A Puerto Rican girl seeking love and security becomes a bride to a ruthless man twice her age. She has her first child at seventeen and her fourth at twenty-two. Can she survive obstacles thrown at her while hope is shattered time after time?

Order through these links below: 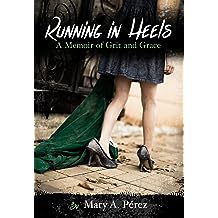 More than a memoir, this book is a promise of hope for anyone who was abandoned as a child, to anyone who woke up hungry and went to bed hungrier every day, for every wife who has loved a husband who left bruises on her heart and on her body.

Somewhere between stealing cold cuts from stray cats and watching a stranger leave her mother's bed after breaking in through their bedroom window, Mary figured out that her family was dirt poor. Worse than her empty stomach, she was hungry for acceptance and love. She thought she found it when her baby sister was born and she became her "mommy," taking care of her needs as best as she could at the age of seven. Then she had to say goodbye over a small white casket.

Mary's grandparents, first-generation immigrants from Puerto Rico, took her in and gave her a glimpse of faith and stability. For a brief, shining spell, she had a real home--until they decided that Mama needed her.

They may have been right, but Mama needed more than a little girl could give, and Mary lost her way again.

Just out of Juvy Hall, Mary found a knight in shining armor to take her away. She became a teenage bride to a man twice her age -- a man as deeply enslaved to booze as every stepdad she'd had as a child. She loved him anyway and wore the bruises he gave her, even when she tried to leave him to give their children a better life.

Despite her fear and loneliness, she never imagined it would take a gunshot in the middle of the night to teach her courage. She was even more surprised when her rediscovered faith paved the path to forgiveness after so many years of pain.

Running in Heels is an autobiography of the grit and grace that carried a young girl through the shadows of her mother's choices and on through an abusive marriage. Mary A. Pérez narrates an incredible story of survival in the face of hopelessness, and learning to forgive against all odds.

Now with "Questions and Topics for Discussion" for your book club!
Read more
Other Formats: Audible Audiobook , Hardcover , Paperback