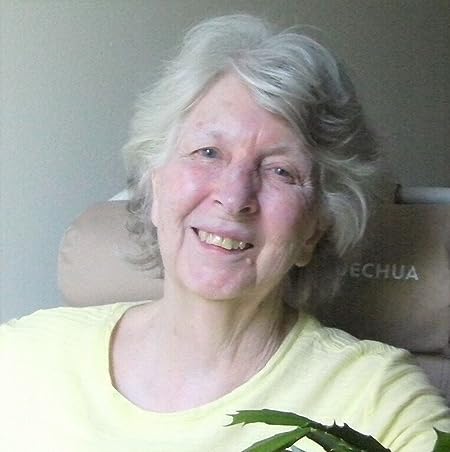 Mary Clark was born in New Brunswick, New Jersey, in 1949, to parents who lived on the Rutgers University campus. Her family moved to Florida, where she spent her formative years, and was infused with a deep awe and respect for the natural world. She was also aware of the lives of migrant workers, segregation, and the beginning of the Civil Rights Movement. Her book, Covenant, a coming-of-age, historical fiction novella, is set in Florida (Kindle only). Children of Light (Ten Penny Players' BardPress) is a modern mythical chain of poems also set in Florida.

She graduated from Rutgers-Newark College of Arts and Sciences in 1972 with a bachelor's degree in psychology. She had a strong sense of being a misfit, which propelled her to find her own place and occupation.

Mary moved to New York City in 1975 and worked at the Poetry Festival at St. Clement's Church in the then outcast wilds of the Hell's Kitchen neighborhood. For many years she worked for community organizations. In 1993 she started a monthly community newspaper, combining her two loves: the neighborhood and writing. Her memoir, Community: Power Politics and Democracy in Hell's Kitchen, tells that story. A creative memoir, Tally: An Intuitive Life (All Things That Matter Press), is the story of a Bohemian artist she knew in NYC's Greenwich Village.

She is the author of fiction books: Miami Morning: A Leila Payson Novel (All Things That Matter Press), and Racing The Sun, Volume 2 of the Leila Payson Series. 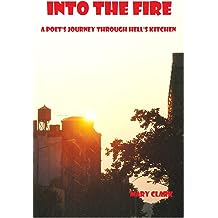 Into The Fire: A Poet's Journey through Hell's Kitchen Mar 30, 2021
by Mary Clark
( 1 )
$5.99
A young, aspiring writer comes to St. Clement’s Church on West 46th Street in New York City looking for a job in the theater. Soon she is helping run the church’s poetry program. The New York Poetry Festival at St. Clement’s features many well-known poets of the 1970s and 80s as well as up-and-coming and marginalized poets. The poetry scene, occurring alongside Punk rock and the waning days of experimental dance and theater, is part of the last widespread grassroots artistic era in the United States.

Into The Fire: A Poet’s Journey takes place in the rough-and-tumble Hell’s Kitchen neighborhood on Manhattan’s West Side. This story is set in a neighborhood that reflects the passion of the times. By 1980, both the arts scene and New York neighborhoods are on the verge of change. The author’s life in the arts weaves in and out of the neighborhood’s narratives. She must make a choice between two possible lives.

St. Clement’s Church has a storied history in the arts, beginning with the American Place Theater in the 1960s to the present day. Cameo appearances in this memoir are made by Robert Altman, Amiri Baraka, Daniel Berrigan, Karen Black, Raymond Carver, Cher, Abbie Hoffman, Spalding Gray, Al Pacino, and Paul Simon. Erick Hawkins, June Anderson, and Daniel Nagrin dance through. 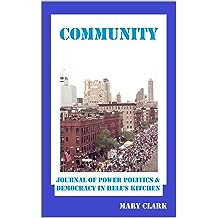 Community: Journal of Power Politics and Democracy in Hell's Kitchen Feb 18, 2021
by Mary Clark
( 1 )
$5.99
An arts coordinator at a midtown church in Manhattan’s Hell’s Kitchen neighborhood, Mary Clark began a fifteen-year journey through New York City politics. From the volatile streets to the halls of power, she experienced the triumphs and defeats of the Hell’s Kitchen community as it fought “development fever.” Her actions fed into the successes and failures of her community work, as this memoir describes in a nod to Rousseau’s The Confessions. The AIDS epidemic was at its height. Homeless families were placed in midtown hotels, which resembled refugee camps. Crime associated with the illegal drug trade threatened one of the oldest communities in the city. Meanwhile, ambitious politicians vied for dominance behind the scenes. She had a grassroots view of the fall of Ed Koch, a working relationship with David Dinkins, and the rise of Rudolph Giuliani.Three years into her years as a community activist, she met James R. McManus, Democratic district leader and head of the last Tammany Hall club in New York City. In a twist of irony, the “radical liberal” found with the McManus Club the opportunity to have the most productive time of her life.There is a fire in Hell’s Kitchen, and you are invited to sit by its light and hear in its flames the prayer, the song, a cautionary tale, and an echo of love and rage.
Read more
Other Formats: Paperback 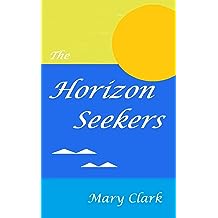 The Horizon Seekers (The Horizon Seekers Series Book 1) Aug 26, 2021
by Mary Clark
( 1 )
$3.99
A woman who lives both in the future as well as the present, Leila Payson strives to realize her visions. As a Miami high school teacher, she hopes that when her students fly, they’ll see beyond the horizon to where imagination and courage can take them. In her own life, she is haunted by early trauma and a more recent loss. She has a diverse group of friends who veer from fun-loving to serious as they move through the seams of the fraying modern world. Baruti, the therapist who works with people with disabilities, whom Leila met in South Africa, is a constant presence. And an attractive man with a book keeps appearing at her favorite places. The journey begins, and the horizon always beckons. 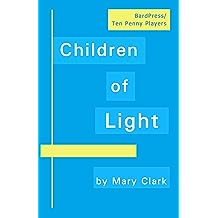 Children of Light: A Poetry Novel Nov 15, 2017
by Mary Clark, Forrest Clark
( 2 )
$3.99
Dia, a young girl who lives on an island with her mother, discovers a boy who says his name is La-ha-ta, living in the wild. She brings him home. A neighbor, Miss Pacer, befriends them. The Old Man of the Island fascinates and sometimes advises the children. They meet another lost child, Eric, who also speaks to the Old Man, but seeks his own path. La-ha-ta interests a man who wants to study him and considers him dangerous. Through capture, escape, and adventure, Dia and La-ha-ta form a bond that brings them to adulthood and the most difficult decision they must make.

What is the relationship each one of us chooses to have toward society, in society? What does it mean to be independent, or interdependent? Is there an inner light that helps us find our way? A connection with others that helps guide us?
Read more
Other Formats: Paperback 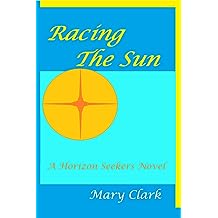 Racing The Sun (The Horizon Seekers Series Book 2) Aug 22, 2017
by Mary Clark
( 2 )
$3.99
Leila Payson's adventures in the present and the future continue as she deals with a new man in her life, her eclectic crew of friends, and a possible career change. She and Caroline discuss aliens and artificial intelligence. There's an accidental DNA match, a cult and a mysterious sister. Leila works on her new disability group, and aids a young man who is preparing for a wheelchair race. Haunted by a terrible memory, she hears a voice in a crowd. Is it the man who abused her? At her school, Leila organizes a big tent meeting to discuss complaints, in response to the rumors of a renegade guidance counselor. All the while Leila is moving along, coming closer to discovering what a disabled young man meant when he said he was "racing the sun." 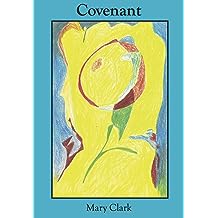 Covenant: Growing Up in Florida's Lost Paradise Dec 10, 2013
by Mary Clark
( 4 )
$3.99
Four children live on the verge of old and new worlds. In Florida, the history of past civilizations echo. The natural world asserts itself. In the 1960s, a newly emerging civilization brings storm warnings for the future: the rise of social consciousness, the persistence of inequality, family disintegration, and new arrangements. The move toward social justice is set against one for personal gain at any cost. This cost is dear for the four young people who reach adulthood, moving through a series of separations and losses, while they take heart from the covenant – the sense of community and friendship they have formed.

Covenant is partly the story of how the American landscape came to be what it is. However, it is also the story of people seeking love. Orchie seeks freedom as a woman, Red looks for real connections in an honest relationship, Bobby, orphaned and a runaway, wanders until he makes a fateful decision, and Lucy endeavors to set herself on a path that weaves old and new together.

Florida’s natural environment, particularly of the southern Gulf Coast, plays a major role. There is little air conditioning or protection from floods and hurricanes. The heat is an omnipresent companion. The teens spend much of their time in the woods, swamps, and ranchlands. People let their children run around unsupervised. This world has sunk into the past, as have any number of ill-advised subdivisions, and the resilient traces of ancient peoples. Children continue to be children, wildlife survives, and suburban sprawl goes on unabated. So does the weather. To be soaked in Florida’s milieu, this is the book for you.

In the times of the Civil Rights movement, rock'n'roll, and the Vietnam War, below the surface of their family lives, they experience hopes and dreams, and secrets and nightmares. Beneath the surface of the sky, surfaces of their lives, they play through, and push through, mirages and miracles. "Ghost towns in morning glory and dust, carnivals and suburban malls mushrooming in the marshes. Echoes of Atlantis. Lost worlds, new worlds spiral, drop, rise, and soar, in a divine glare. Visions of Atlantis, the trading ships of the world coming into harbor, bringing their gift, their legacy. And when the ships ride the tide—sailing, circling, orbiting—to merge with the fold of sea and mantle of sky, will we come back alive? Will we circle around and make it to the other side?" 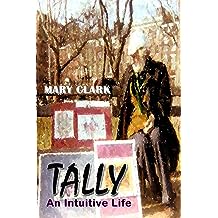 Tally: An Intuitive Life Aug 24, 2013
by Mary Clark
( 6 )
$5.99
It is raining love in Greenwich Village. . . When Erin, a young poet, reads these words on a piece of folded paper in the garret of Paul Johnston (PJ), an elderly Bohemian artist, she does not know she is on the threshold of a life-changing adventure. She is brought together with PJ by Rogue, another poet, who has known PJ for a decade. Her presence creates tension between the two men. And PJ confides in her that he needs the female perspective in his study of human nature. PJ is a living example of Greenwich Village’s “revolution of consciousness.” Coming to the Village in 1919, he took in the full flavor, substance and style of the Bohemian philosophy of life. Over the years, through his heightened awareness, he created his own philosophy. He and Erin embark on a journey through the human psyche. Erin learns of PJ’s death and rebirth after an operation at the age of 40, in the skeleton of the man he had been. He is reborn into a second innocence, but has the mind and memory of a grown man. In his search for new reasons to live, he forms new identities: The Artist, the Professor of Love, and The Old Man, among others. But who is PJ? And who will Erin become?
Read more
Other Formats: Paperback