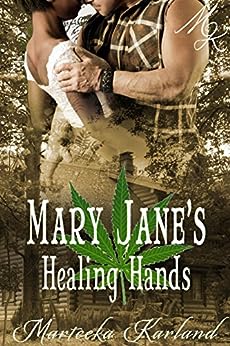 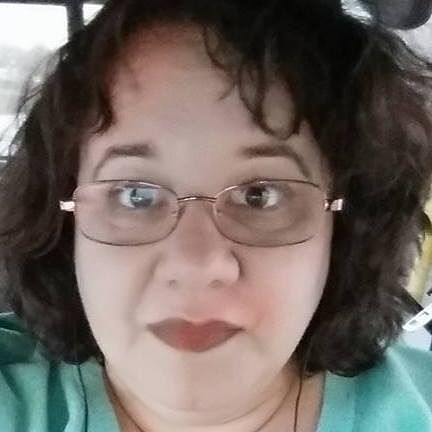 With a sigh, he snagged her arm. "Come inside," he said."The snow is only going to get worse, and you can't drive out of here in that."He nodded to the little Ford Fiesta she'd driven up the mountain in.

"What's wrong with my car? It's front-wheel drive. Itusually goes well in the snow."
"Sure. But not if it bottoms out. The snow coming tonightwill make travel in anything but a vehicle sitting high off the groundimpossible."

Her eyes widened as he dragged her toward the house. "Ican't stay here. I just came for--" She struggled against him, but he easily gother going. Apparently, she wasn't the type of woman to strike out even in theface of danger, because she didn't try to hit him or anything. Just squirmed tobe free of his grip. To be contrary, he slipped his arm around her like he'dalways wanted to.

"I know what you came for. We'll discuss it over supper.I've got country ham, soup beans, and cornbread nearly ready. You can have mybed, and I'll bunk down on the couch, but you're not going anywhere until atleast tomorrow. It all depends on how much snow we get."

Once inside the house, Blake turned on lights, locking thedoor and switching on his security system. While he loved the simple life, somethings were necessary with people like Wesley around. The purpose of the alarmwasn't to notify the authorities; it didn't sound anywhere but here. It was toalert Blake to an intruder's presence, and to cover any noise Blake might makewhen stalking any bastard stupid enough to try to break in on him. Now, itwould serve to keep the lovely creature with him inside where she couldn't tryto navigate unfamiliar back roads in the pouring-down snow.

"You can't keep me here," she said, her voice trembling.

"Relax, sweetheart," he said with more sarcasm than he felt.He didn't want to scare her, though he knew the situation had to be frighteningfor her. "If I were going to hurt you, I'd have done so when I first spottedyou on my property. You'd never have known I was anywhere near until it was toolate." He turned to find her looking at him with wide, terrified eyes, her armsclutched tightly around her middle. With a sigh, he scrubbed a hand over hisface. "Look, really. Let me get you some supper. We'll discuss your situation,your needs, and what I can do for you." He winced at the double meaning, hopingshe didn't pick up on it or she'd likely bolt at the earliest opportunity.Alarm or no.

"How do I know I can trust you? You were always nice inschool, but my experience in town didn't exactly lead me to believe anyone inthis place would care one bit about what happened to a black woman poking hernose where it didn't belong."

Instantly, Blake's body stiffened. A killing rage seemed tosweep him up at the thought of what someone in that backward town had said ordone to her. He knew some of the locals. Knew their prejudices.

"Who." It wasn't so much a question as a demand.

"Does it matter? He actually did me a favor because I'm usuallyreally naive about such things. I tend to see people the way I want to seethem. Not how they really are. Kind of like now." Her gaze shifted aroundnervously. "I definitely shouldn't be here alone with you."
With a smirk, he couldn't resist saying, "A little too lateto do the right thing now, sweetheart." When her eyes widened in panic, helaughed, raising his hands in surrender. "I'm kidding. I may be country, butI'm not a complete asshole."

Again, he couldn't resist. "All the damned time."

Kindle Customer
4.0 out of 5 stars Enjoyable Quick Read
Reviewed in the United States on June 4, 2016
Verified Purchase
Fast paced novella. A matchmaking Grandma who has terminal cancer sends her granddaughter on a quest for medical marijuana. I liked the factoid about the components of marijuana that make it medicinal. That was an interesting substory. The hero truly was a hero; he grew it to give away to terminally ill people. The heroine was a selfless character taking care of her ill grandmother. The attraction was quick and the real almost too quick but I thoroughly enjoyed the story.
Read more
Helpful
Report abuse

Christene
5.0 out of 5 stars So cute
Reviewed in the United States on April 17, 2017
Verified Purchase
Cute story. I am glad I read it. I am glad Blake and Ruth found each other again. Regardless, I still would be afraid to live in that town with all those racist people. I am glad Blake put the fear in that town. They are a funny couple. He was really funny. He didn't care what he said to her that was sex talk. Very blunt. I love it. So cute.
Read more
Helpful
Report abuse

Amazon Customer
5.0 out of 5 stars Really good short read
Reviewed in the United States on May 30, 2016
Verified Purchase
It was surprisingly complete for sure a short read. The alpha fit the bill and the lady was not so shoddy herself. I think folks will enjoy this on the beach or somewhere if distractions may be an issue and are not looking for something too deep.
Read more
Helpful
Report abuse

SLKRomance
4.0 out of 5 stars Very nice
Reviewed in the United States on August 5, 2016
Verified Purchase
Short and to the point. Some authors are very good at giving you a short story that hits all that's needed in the story. We would like to know what happens next ,but we weren't denied what happened. A good complete short story.
Read more
Helpful
Report abuse

Franingeal
5.0 out of 5 stars Good Read
Reviewed in the United States on June 20, 2016
Verified Purchase
Good read, the characters were funny romantic and held your interest,the male character was a total alpha who knew what he wanted and went after it or I should say captured it (her). I found it to be very short but enjoyable.
Read more
Helpful
Report abuse

Kindle Customer
4.0 out of 5 stars Good Ole Mary Jane
Reviewed in the United States on August 20, 2016
Verified Purchase
I love Marteeka's book, they are filled with strong determined and passionate characters who don't give a dam about what others think, great short read.
Read more
Helpful
Report abuse

Kindle Customer
3.0 out of 5 stars Good
Reviewed in the United States on September 5, 2016
Verified Purchase
It was a good short read. I would recommend this book to someone who was looking for an hour or so to kill.
Read more
Helpful
Report abuse
See all reviews
Back to top
Get to Know Us
Make Money with Us
Amazon Payment Products
Let Us Help You
EnglishChoose a language for shopping. United StatesChoose a country/region for shopping.
© 1996-2021, Amazon.com, Inc. or its affiliates