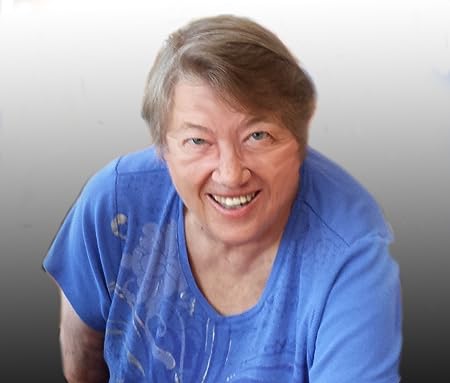 While writing her memoir she rediscovered the joys of programming by building and maintaining her own web site. Check it out at: marylgorden.com.

The title of her blog at marylgorden.com is Science, Computers, and Horses. This is a tribute to a lifetime pursuing different interests. As a young person Gorden wanted to be a scientist. After graduating from college with a degree in Mathematics she became a computer programmer. Horses entered her life when she was forty-five and provided the bridge between her career in computers and her writing career.

Gorden currently lives in the Sierra Nevada foothills with her horse, Grey, and her two dogs, Tasha and Darrin. 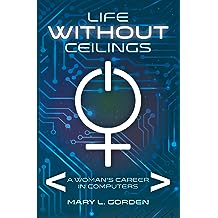 Life Without Ceilings: A Woman's Career in Computers Nov 18, 2016
by Mary L Gorden
( 8 )
$2.99
Born in 1944, Mary Gorden grew up with dreams of becoming an astronaut and a scientist. But during the 1950s and 60s traditional attitudes about women in the workplace still prevailed. Mary’s searing memories of being told girls don’t” in response to her aspirations opens this compelling memoir of her journey through the groundbreaking new world of computer programming and the computer as a business tool.

After she graduated from college in Wisconsin with a degree in mathematics, Mary made her way to Washington, D.C., where she began her first programming job. She then followed her heart to San Francisco in 1969 meeting her husband along the way.

With her natural gifts as a logical problem-solver, Mary excelled in her programming work. Yet she was constantly pressured to leave the technical work she loved and to go into management. It was an unusual problem for a woman to have in the 1970s.

Written in a no-nonsense style, Mary recounts challenging years in management and marriage––eventually discovering that she needed to leave both. She also writes about the outdoors as her passion and escape, of the intense freedom and focus to learn horseback riding and cross-country skiing, of navigating the skies as a licensed pilot, of her world travels and her love of her horses and her dogs.

Over the course of her story business computing evolves from punched cards to the beginning of the internet, and opportunities for women continue to change and grow.
Read more
Other Formats: Paperback