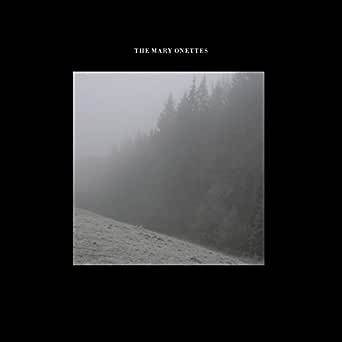 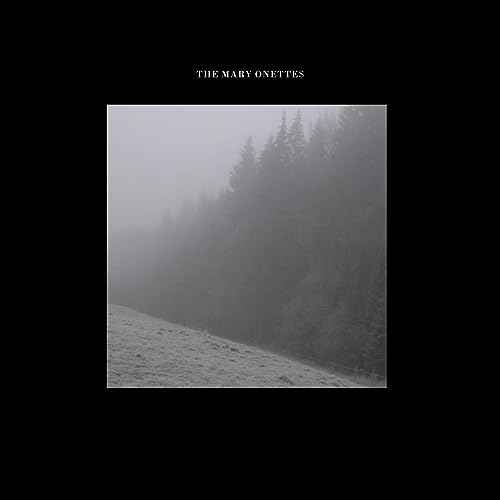 Andy E.
5.0 out of 5 stars Pleasure Songs
Reviewed in the United States on November 15, 2017
Verified Purchase
I first heard The Mary Onettes on an episode of Grey's Anatomy, of all places. I was immediately taken by their sound, and quickly sought out the name of the artist. Once I did, I downloaded the entire album and voila, one of their biggest U.S. fans was born. Soaring melodies, haunting lyrics, and an 80's synth-rock vibe that sounded so familiar yet was completely original. They've been compared to The Church, A-Ha, and many others, and rightly so I suppose, as their sound has influences of so many great bands of my youth. The end result in every song, though, is a masterpiece all their own. "Lost", is the shining star of this album, with it's reverb echoing in your head long after playing it. I can't think of a more perfect song in form, sound, and lyric. Simply gorgeous. Other gems on this freshman release like "Void", "Still", and "Explosions" (also featured on an episode of Grey's) have melodies that are near perfect in the way that makes the hair stand up on your arms. Every. Time. You. Listen. To. Them. Make no mistake, these guys cannot write a bad song. Listen to "Henry" and you'll be in 100% agreement. It's important to note that this album, their first, is no one-hit-wonder. Two full-length LP's later in addition to several EP's are all equally beautiful in sound.

This release is a limited-edition of 500 vinyl copies and I'm beyond elated that I got a copy, because for ten years it's been a dream of mine to have this amazing album on vinyl. If you're able to find a copy, do not hesitate, it's that good.

John P. Robins
5.0 out of 5 stars Not an iTunes Band...A Full Album of Awesome Music
Reviewed in the United States on October 11, 2009
Verified Purchase
You grew up in the 80's, and didn't limit yourself to stations like KROQ 106.7, then you'll recognize the lead vocal as if the Moody Blues went into the studio with A-ha, the Jesue and Mary Chain and The Church. Knowing who Al Stewart is as well, and you might get an idea that this band's approach is far broader than the 80's. Most importantly: Thank goodness for the youngins who paid attention to their parents' music collections. The "revolution" must still be seen as beginning in the 60's, but the derivatives that have emerged in the decades since leaves all of us better off for their re-interpretations (see Camera Obscura, Postmarks)...Take note: If you're not near a metropolitan area to read about and listen to these awesome bands, find someone who subscribes to Sirius XM and listen to the channel "XM U"...You'll be blown away by all the talent that embraces the music that will put you in the kind of mood good music places you in...
Read more
2 people found this helpful
Helpful
Comment Report abuse

M. Irwin
5.0 out of 5 stars Fabulous Indie Pop
Reviewed in the United States on September 1, 2007
Verified Purchase
The Mary Onettes sound like the Indie 80s all over again, sprinkling bits of Echo & the Bunnymen, The Jesus and Mary Chain, New Order, The Church...you name it. But none of it's really derivative. It's just unabashedly great pop music! They're not trying to save the world...just trying to give us some great fun music with fantastic melodies and rhythms. I can't recommend it enough to anyone who enjoyed those bands of yore or their modern successors like British Sea Power or Metric. It's sweet packaging as well, with the insert being a flat matt black frame which is actually cut out to the high-gloss photo below. Very nice!
Read more
15 people found this helpful
Helpful
Comment Report abuse

My Stars*
5.0 out of 5 stars This is beauty!
Reviewed in the United States on June 5, 2009
Verified Purchase
This is now my favorite album.Very few are making or have made music this glorious and beautifulin a long,long time.Think Jesus and Mary Chain circa Darklands and Echo and the Bunnymen circa Ocean Rain/Grey album eras and you are on the money.The Mary Onettes deserve to be heard by everyone who loves beautiful,dreamy indie music.Lets hope there is much,much more to come.
Read more
5 people found this helpful
Helpful
Comment Report abuse

Jeremy F. Kennedy
5.0 out of 5 stars Recreation without Imitation: Swedish band perfects '80s alternative synth-rock
Reviewed in the United States on February 21, 2008
Swedish four-piece the Mary Onettes have captured that '80s new wave alternative rock sound by replicating the moody elements of the Cure and Echo and the Bunnymen with bass lines borrowed from the upper echelon of great New Order records. The vocalist however, sings in a thin range more like Tom Bailey (Thompson Twins) than the Gothy Robert Smith with a formula that is oddly contemporary yet retro. Even the cd's only ballad "Laughter" could have been an addition to any John Hughes' teen flick circa 1986. While many of today's glam-rock bands (Killers, the Sounds, Modest Mouse) mimic the pioneers of new wave rock - often to be cute, the Mary Onettes do it without a smile on their face, as introspectively suppressed as those they pay tribute to. Highly recommended.
Read more
4 people found this helpful
Helpful
Comment Report abuse

Crumbly
5.0 out of 5 stars Highly Promising Debut
Reviewed in the United States on September 22, 2009
Well worth checking out. I liked this album so much, I saw them play in NYC on their first US tour.
Read more
One person found this helpful
Helpful
Comment Report abuse
See all reviews