Add to Cart
$15.99
+ Free Shipping
Sold by: Book Depository US
Have one to sell?
Sell on Amazon 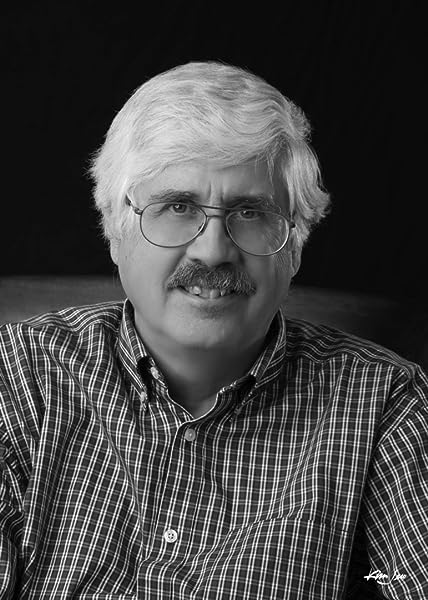 Mary Sees All: The Race to Save Jesus from the Cross (Bethany's People) Paperback – June 22, 2018

I first encountered Bethany and its people in 1971. The little bit in the Bible caused me to want to know more. Back then I read how the Gospel of John is really anonymous and could have been written by anyone; Lazarus of Bethany who was Jesus's beloved disciple, for instance. What if becoming suddenly undead left Lazarus both depressed and terrified about what was likely to happen to Jesus? What if Mary Magdalene kept having visions, even after she was "healed"? Further, what if Martha and her became influential, but now forgotten, leaders in the early Jesus movement? If we were to time-travel to their world, would we be as courageous as they were?

As both a writer and a pastor, I've been sharing this story for over forty years. In the 1990s I started writing plays and producing local theater where I could cast friends and neighbors to play the parts of Mad Mary, Once Dead Lazarus, and Doubting Thomas. Often when the curtain fell on these performances, I found myself nostalgic for both the spiritual passion and the high stakes chaos of ancient Bethany.

Mary Sees All: The race to save Jesus from the Cross, is a fast paced Christian novel set near Jerusalem during the fateful week that Jesus was crucified. Mary of Bethany has a unique point of view, a lyrical voice, and a gift for drama. Both outrageous and outcast, she is an unforgettable heroine in this, the first of four books set in biblical times.

This book truly does describe a race to keep Jesus from dying. The twists and turns of the story are unexpected. The tone of the book is adventurous. Jesus's friends exhibit extraordinary resourcefulness as they work together, first to understand their teacher, then to protect him, and finally to escape being arrested themselves.

Bill has a sticky mind. He loves assimilating ideas from a variety of sources and applying them to everyday life, as well as, everyday religion. He loves to tell stories. He also believes in the power of a simple illustration. When Bill was a child, his father often answered questions by grabbing a napkin and drawing a picture. It's worth a thousand words. Today, Bill will often use a thousand well chosen words to leave a vivid image in a reader's mind.

For over three decades Bill's day job was as a United Methodist pastor. For the last dozen years, he has been mostly writing. His fiction books, such as the recently released, Mary Sees All - the Race to Save Jesus from the Cross, are designed to allow even the non-religious reader to appreciate the dramatic events of the first century.

Start reading Mary Sees All on your Kindle in under a minute.

BabyCatcher211
3.0 out of 5 stars Neutral
Reviewed in the United States on November 7, 2019
Verified Purchase
Had trouble staying connected to the story. Not my preferred writing style BUT I only one person and other may find it great
Read more
Helpful
Comment Report abuse

Amazon Customer
1.0 out of 5 stars Unbiblical
Reviewed in the United States on June 2, 2020
Verified Purchase
Not a book for Christians, and I don’t mean the Mary thing. This book mixes and rewrites scripture.
Read more
Helpful
Comment Report abuse

Susanna
4.0 out of 5 stars A spiritual experience.
Reviewed in the United States on October 11, 2018
Reading religious fiction was a new experience for me. Bill Kemps' book gave me the pleasure to imagine, on my own, how everyday people might had seen their world during the times Jesus lived and died. I have seen many movies, musicals, and plays depicting the events of the Holy Week. As always, a book in my hand gave me the freedom to dream .
This is a good story, even if at times I got lost among the many characters. They were real though, I sensed their sincerity, and their search for the truth during confusing and dangerous times.
Read more
One person found this helpful
Helpful
Comment Report abuse

Gwen
5.0 out of 5 stars A compelling story behind the story we all know
Reviewed in the United States on December 18, 2018
Well developed characters. Bill Kemp is a gifted writer with a thorough knowledge of his subject matter.
Read more
3 people found this helpful
Helpful
Comment Report abuse
See all reviews