Author/artist Masashi Kishimoto was born in 1974 in rural Okayama Prefecture, Japan. Like many kids, he was first inspired to become a manga artist in elementary school when he read Dragon Ball. After spending time in art college, he won the Hop Step Award for new manga artists with his story Karakuri. After considering various genres for his next project, Kishimoto decided on a story steeped in traditional Japanese culture. His first version of Naruto, drawn in 1997, was a one-shot story about fox spirits; his final version, which debuted in Weekly Shonen Jump in 1999, quickly became the most popular ninja manga in the world. The series would also spawn multiple anime series, movies, novels, video games and more. Having concluded the series in late 2014, Masashi Kishimoto has kept himself busy this year with the side story Naruto: The Seventh Hokage and the Scarlet Spring and writing the story for the latest Naruto movie, Boruto: Naruto the Movie, both of which will focus on the title character's son, Boruto. 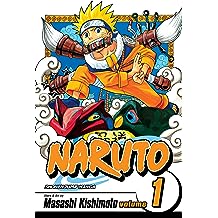 Twelve years ago the Village Hidden in the Leaves was attacked by a fearsome threat. A nine-tailed fox spirit claimed the life of the village leader, the Hokage, and many others. Today, the village is at peace and a troublemaking kid named Naruto is struggling to graduate from Ninja Academy. His goal may be to become the next Hokage, but his true destiny will be much more complicated. The adventure begins now! 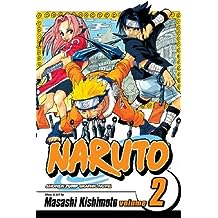 Tired of menial tasks, Naruto, Sasuke and Sakura ask for a tougher assignment. But you should always be careful what you wish for! Along with their teacher, Kakashi, the trio must now guard a cranky old man from the Land of the Waves. But Tazuna the bridgebuilder is in more danger than anyone could have imagined. And now the young ninja are too! 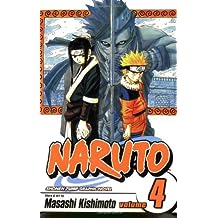 In the Land of Waves, Naruto and his teammates Sakura and Sasuke, along with their sensei Kakashi, struggle to protect the bridge builder Tazuna and his family from Gato’s hired thugs. When one of Naruto’s friends falls in battle, Naruto is faced with the most difficult choice of his life. How far will he go to protect his friends? And does he have what it takes to be a hero? 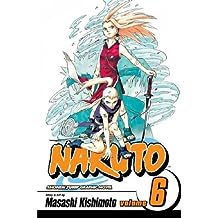 Naruto, Sasuke and Sakura passed the written portion of the Chûnin Exam, but that was only the beginning! Now in the thick of the exam’s second phase, held in the aptly named Forest of Death, instructor Mitarashi Anko has promised to cut the number of advancing teams by half. And a mysterious predator in their midst is after Sasuke! 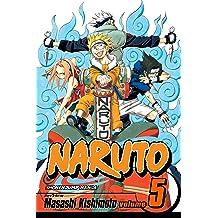 They’ve danced along the brink of death during training, but Naruto and friends now face their most terrifying challenge: exams! The ninja-in-training have signed up for the Chûnin Exams, which they must pass to advance to the rank of full-fledged shinobi. Passing or failing as a group, they’re only as strong as their weakest link…Naruto! 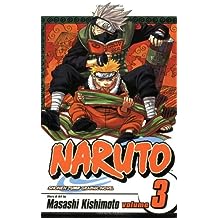 Naruto’s sensei Kakashi believes that the diablolical Zabuza survived their last battle. Now, in anticipation of their enemy’s return, Kakashi puts Naruto, Sasuke and Sakura through rigorous training programs to increase their focus and control. This time, the job of protecting the old bridge builder Tazuna and his family will be a hundred times more difficult! 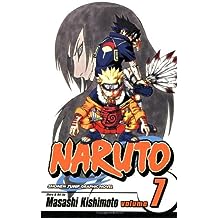 Deep within the Forest of Death, Naruto, Sasuke and Sakura are still reeling from Orochimaru’s attack…and now they must battle his minions, the mysterious Sound Ninja. And as Sasuke struggles with the strange force growing inside him, spreading like an infection from the curse-mark Orochimaru burned into his neck, time is running out for the student ninja to collect the scrolls they need to pass the Chûnin Exams! 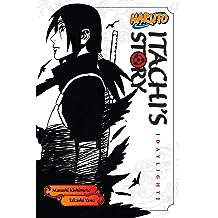 Uchiha Itachi, four years of age. With the hell of war burned into his eyes, the boy makes a resolution: he will rid this world of all violence. The birth of Sasuke, meeting his friend Shisui, the academy, genin, chunin, and then the Anbu—Itachi races down the path of glory toward his dream of becoming the first Uchiha Hokage, unaware of the darkness that lies ahead… 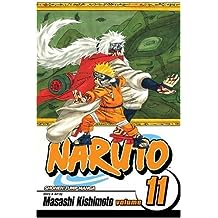 Now preparing for the finals of the Chûnin Selection Exams, Naruto studies with naughty new mentor Jiraiya and struggles to harness the power of the Nine-Tailed Fox chakra locked within him. Meanwhile, other ninja villages are forming secret alliances against Konohagakure… 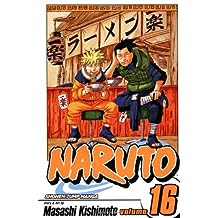 Death in the village! When the dust settles from Orochimaru’s attack, the shinobi find that not everyone has survived. While the ninja mourn, an unlikely candidate is chosen for greatness, a long-lost ninja returns with a dangerous entourage, and Naruto finds his life in more turmoil than ever before. 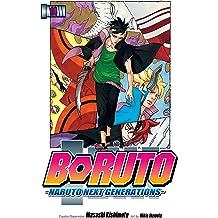 Boruto: Naruto Next Generations, Vol. 14: Legacy May 3, 2022
by Ukyo Kodachi, Mikio Ikemoto
( 193 )
$6.49
In order to defeat Ohtsutsuki Isshiki and protect the village, Naruto and Kurama use their ultimate trump card. This new mode may give them the power to win, but only at the cost of their lives. Will it be enough?
Read more
Other Formats: Paperback 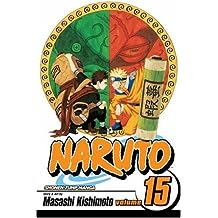 The tension between Naruto and Gaara builds, and Naruto finds himself not only understanding his rival but also sympathizing with him. But that doesn’t mean he’s gone soft. As Gaara continues to mutate, Naruto prepares for the fight of his life!