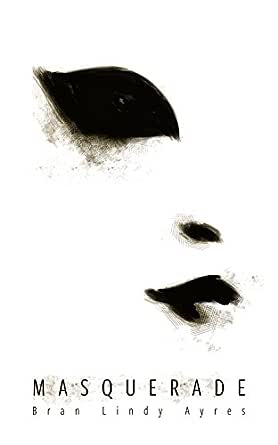 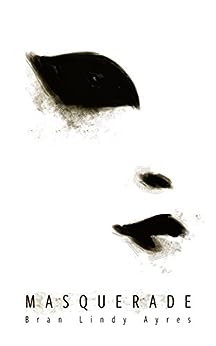 Jenn Basel
5.0 out of 5 stars Steampunk spy story with a genderfluid protagonist? Sign me up!
Reviewed in the United States on June 3, 2017
Verified Purchase
Masquerade follows a genderfluid spy, variably known as Genevieve Merlot or Lafayette Goddard depending on their gender, as they uncover a plot to harm their friend and sovereign, the Queen of Orandon. It is a quick, fast-paced prequel to Bran Lindy Ayres’ novel The Jeweled Dagger, telling the story of what got our protagonist into the mess that launches the plot of the novel. It’s a treat for those, like me, who loved The Jeweled Dagger, but it could easily be read as a standalone.

Masquerade has been on my to-be-read list for a while now. I loved The Jeweled Dagger, and I was excited to see more of Genevieve/Lafayette. They’re a fun character to follow, and it was nice to get a bit more context for what they go through at the beginning of the novel.

I’ve been a sucker for court intrigue and political fantasy for a long time, but the cruddy thing about that is that most political fantasy is straight, cis, allo, white, and, after a while, very same-y. Masquerade is exactly what I wanted--all of the intrigue, but with a realistically diverse cast. It’s not another story about rich privileged white men squabbling. And, gods, is that refreshing.

The story itself had just enough worldbuilding to satisfy, without being overwhelming. This world is well-rounded and rich, but the author doesn’t dump a million new concepts and ideas in your lap with no guidebook. As much as I love political fantasy, that’s generally my biggest complaint: too much all at once, with no time to process the world you’re in before throwing plot point after plot point at you. Despite the fast pace of the story, the worldbuilding was woven in naturally, which gave it a real, lived-in feel. I could picture everything pretty easily, and thus could sit back and enjoy the actual meat of the plot.

The plot was pretty straightforward: loyal spy uncovers an enemy plot, and gets stranded away from their home country and the queen they’re desperate to protect. But it was very well-done, and made for a great curl-up-on-the-couch read. I would recommend it highly to anyone who loves spies and intrigue, and badass genderfluid main characters.

I have not come across a lot of books with trans or gender fluid protagonists yet, so it was really nice to find this! Genevieve was rather likable to me even near the beginning, and Lafayette was great too. I like how feisty, intrepid, and just adorable they are. Moreover, reading about Lafe reminded me of myself (I’m transmasculine). I don’t think Lafayette identifies as transmasculine, since the blurb for the Jeweled Dagger calls them gender fluid, but they did make me increase in my self-esteem somewhat. :)

It was also pleasant to engage in a story with some action, adventure, and political intrigue. I don’t dislike books in a contemporary setting, but I’ve been reading so many contemporary LGBT romances lately that it’s refreshing to be in a world different from our own. As well, though I adore LGBT romance of all sorts, I have to say that the contemporary and even the shifter romances, have become too predictable to me. So I’m glad Masquerade is much less predictable, and I can see more new stuff. (I don’t know if one would classify Masquerade as a “romance” per se, but the sequel, the Jeweled Thief, does have a significant romance plot.)

Back to the book itself, when I was first introduced to Genevieve, she reminded me of Gwendolyn from George Eliot’s Daniel Deronda. (I use the pronoun “she” here because the third person limited narrative referred to Genevieve as “she.”) I experienced what we psychology students would call “transference,” where someone reminds you of person X, so you start projecting feelings and traits onto this new someone from that person X. That might have explained in part why I took to Genevieve quite quickly, since I like Gwendolyn from Daniel Deronda. Both characters are brave, strong, and vivacious people.

As for Lafayette, I don’t know why, but shortly into his narrative, I thought he was a very cute person. (Just as with Genevieve, I’m using “he” pronouns because Lafayette’s third person narrative uses “he.”)

There were quite a few sentences beginning with an “-ing” phrase or an adverbial phrase. This is not a problem, but I noticed them because these types of sentences are not very common in the books I read.

Somewhere through the story, I thought of the classic Chinese trope where a girl disguises herself as a boy, so that she can carry out her missions more easily. I know this is not the case with Lafayette, but I imagine that readers who are unfamiliar with gender fluidity and trans identities, might assume that Lafe is a woman cross dressing as a man. I don’t know if Lafayette’s society uses terms like “transgender,” “cross dressing,” and “gender fluid,” though.

There were also some secondary characters whom I liked, but won’t name due to possible spoilers.

The writing in Masquerade had a historical style and cadence, which was pleasing to the ear too.

I must clarify that I tend to give lower ratings to novellas and short stories, compared to novels, since there isn’t enough time for me to connect that deeply with the characters yet. (Maybe this is unfair of me, but…) So Masquerade is doing quite well in spite of its short length!

All in all, I enjoyed Masquerade and loved the protagonist. I’m now reading the sequel, The Jeweled Dagger.
Read more
Helpful
Comment Report abuse
See all reviews