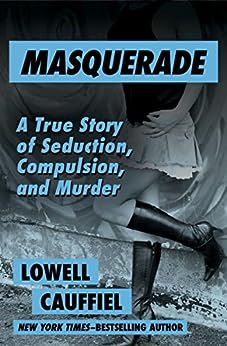 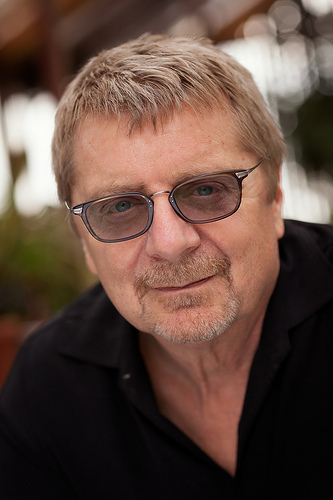 Detroit psychologist Alan Canty maintained a second identity as "Dr. Al Miller," an alleged physician who was drawn to the Motor City's lower depths. He began an affair with 19-year-old prostitute Dawn Spens and got to know her ex-convict pimp, John Fry; both of them were heavy drug users. The analyst lavished great amounts of money on Spens, well over a hundred-thousand dollars, all but bankrupting himself; his wife, also a psychologist, had no inkling of his double life or of his burgeoning debts. Finally, when Dr. Miller tried to break off the relationship, the pimp killed him. Cauffiel, who covered the Fry murder trial in 1986 for Michigan magazine, does not attempt a psychological profile of Canty, but he suggests that a poor self-image may have been at the root of the duality. Photos not seen by PW.
Copyright 1988 Reed Business Information, Inc. --This text refers to an alternate kindle_edition edition.

Lowell Cauffiel is an American true crime author, novelist, screenwriter and film and television producer. Cauffiel began his writing career as a contributor to music magazines, including Rolling Stone and Creem. He went on to become an award-winning reporter with the Detroit News and Detroit Monthly Magazine during the 1970s and 1980s. Cauffiel is the co-founder of Primary Purpose Productions, a non-profit production company that creates short films about addicts and alcoholics in recovery.

Dan John Miller is an American actor and musician, having appeared in Walk the Line, Leatherheads and My One and Only. Dan has garnered two Audie nominations, several AudioFile Golden Earphones Awards and a Listen-Up Award from Publishers Weekly, and been twice-named a Best Voice by AudioFile magazine. He has narrated books by Pulitzer Prize-winning author Philip Roth and many others. Dan lives in the Detroit, Michigan, area with his wife and their daughter. --This text refers to an alternate kindle_edition edition.

“[Cauffiel] conveys a sense of a man’s loss of control and helpless spiraling into disaster throughout his highly readable narrative.” —The New York Times

“A marathon reading adventure that will remind you of Capote. . . . Wambaugh, Vincent Bugliosi, and everyone else who’s written about the ultimate crime of murder.” —Jack Olsen, author of Son
--This text refers to an alternate kindle_edition edition.
Read more

4.4 out of 5 stars
4.4 out of 5
112 global ratings
How are ratings calculated?
To calculate the overall star rating and percentage breakdown by star, we don’t use a simple average. Instead, our system considers things like how recent a review is and if the reviewer bought the item on Amazon. It also analyzes reviews to verify trustworthiness.
Top reviews

Alice A
5.0 out of 5 stars Hard to put down
Reviewed in the United States on December 5, 2014
Verified Purchase
The late Jack Olsen said of this book “Do not read this book unless you are prepared to give up friends, family, job, and all outside interests for a marathon reading adventure…” For me, this was not much of an exaggeration. I had a hard time putting the book down. It is so well written that it makes the reader feel like he is there with all the main cast. I felt sorry for many of these sad individuals, most of all the Detroit psychologist Alan Canty. It is hard to understand how someone with his intelligence could have allowed himself to be treated so badly by the young prostitute, Dawn Spens, and her boyfriend/pimp, John Fry. It started as illicit sexual encounters but then seemed to turn to just his wanting to spend ordinary time with her. He gave her expensive gifts and even went into debt to give her money. None of his relatives and few of his close associates knew of his double life. Sadly, it seems like he finally came to his senses and was killed by John Fry when he tried to break off the relationship. Mr. Fry was sent to prison, and I understand that he died there although I was not able to verify that. Dawn Spens received what amounted to a slap on the wrist and apparently went on to live a productive life after she served her very short prison sentence. I liked the book so much I ordered another book, Eye of the Beholder, by the same author. I have not received it yet, but am hoping it is at least half as good as this one. I am surprised that this author, Lowell Cauffiel, has not been writing very many books. I think he is a very gifted writer.
Read more
20 people found this helpful
Helpful
Report abuse

jane
4.0 out of 5 stars I Remember This Murder
Reviewed in the United States on November 30, 2017
Verified Purchase
I grew up on the east side of Detroit, and still live in the area. I bought this book because I remember this murder, and wanted to read something where I knew the streets, the people, the landmarks. In that regard, this book did not disappoint, including my surprise when a close family friend (now deceased) was directly quoted in the book. I read most of the book in uncomfortable amazement that someone with so much potential was such a sham his entire life -- odd behavior that was mostly tolerated by his family and one friend. Very disheartening that when the good doctor (not sure he really got his degree) finally decided to live an authentic life, the very people who thrived on his complacency have no problem violently turning on him. A sad tale where there is no redemption. The story reads a little like a term paper and less like a novel but that is to be expected with true crime -- only the facts, and little speculation. I enjoyed this book, and recommend to anyone who is interested in the Detroit area during the Coleman Young and Gil Hill era, wants a peek into the life of the Grosse Pointe privileged, or wants to be a voyeur in the brokeness of the the Cass Corridor.
Read more
3 people found this helpful
Helpful
Report abuse

B. McKee
4.0 out of 5 stars Reading again after many years
Reviewed in the United States on July 19, 2017
Verified Purchase
This is an exceptional true crime story written by a great true crime author. It's a story about an impossible-to-rationalize murder. Even with all of the facts before me, I fail to understand how this crime came about.

Dr. W. Alan Canty was a respected psychologist in Detroit. One day he came in contact with a young prostitute named Dawn Spens. Soon he was seeing her three times a week, then six days a week, giving her lots of money, buying her clothes and cars, paying her rent, paying her bills.

Dawn's pimp (regardless of what he preferred to be called) saw a golden goose. John "Lucky" Fry encouraged Dawn to come up with new angles to get more money from The Doc. Canty gave and gave, borrowing from his mother, selling possessions, until he had no more money.

neilorie
5.0 out of 5 stars Reads like
Reviewed in the United States on August 6, 2017
Verified Purchase
a work of spectacular fiction, but is a true story that defies belief. The complex personality of the victim (the man that dies), not to be confused with an entire cast of victims, is astounding to contemplate. "Al" led a double life difficult to follow or imagine...his wife Jan says it might have been easier dealing with a Sybil-like persona, I entirely understand after dwelling on the subject. Great read.
Read more
3 people found this helpful
Helpful
Report abuse

Beryl
4.0 out of 5 stars Masquerade
Reviewed in the United States on December 30, 2014
Verified Purchase
The beginning of this book reaches out and grabs you immediately. The first twenty chapters go smoothly by and you wish you could read all night long and then it happens! Too many details that starts to make the reader lose their interest in the storyline and finds you passing pages upon pages up versus reading them in entirety. The story was very interesting overall, one feels sorrow over the downgrading of this man's self esteem and how he risks losing everything he once held high, all for the attention of a prostitute and her pimp. He starts failing to pay bills, keeping secrets from his wife who truly loves him and yet gets so angry at him toward the actual closing of the book. I would recommend this book to anyone who loves to read true crime and I would suggest they skim some of the pages, and not worry they won't be able to follow the story accurately
Read more
8 people found this helpful
Helpful
Report abuse

Nero Wolfe
5.0 out of 5 stars INCREDIBLE TWISTS and TURNS. How does a professional man end up in the gutter.
Reviewed in the United States on April 29, 2020
Verified Purchase
Incredibly well written, and true story. Despite the final fate of the main character, being revealed at the beginning; that is just the start. TWISTS and SHARP CUTTING TURNS.! The following song should be the subtitle: "The End Is the Beginning Is the End" the song by The Smashing Pumpkins.
Read more
Helpful
Report abuse
See all reviews