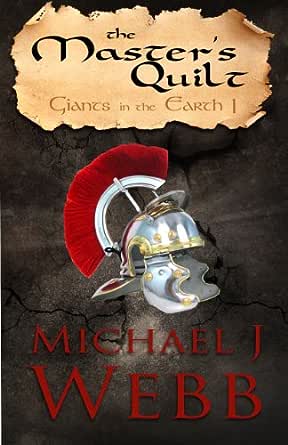 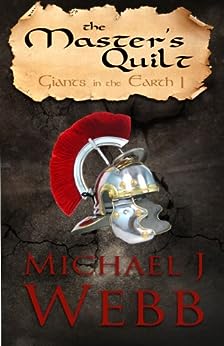 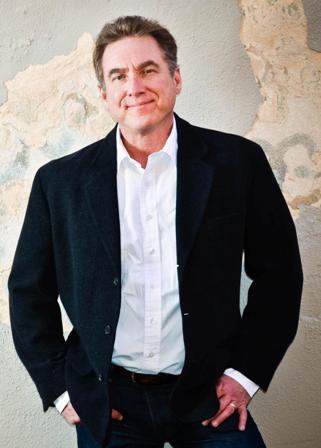 The Master's Quilt (Giants in the Earth Book 1) Kindle Edition

4.1 out of 5 stars
4.1 out of 5
60 customer ratings
How does Amazon calculate star ratings?
Amazon calculates a product’s star ratings based on a machine learned model instead of a raw data average. The model takes into account factors including the age of a rating, whether the ratings are from verified purchasers, and factors that establish reviewer trustworthiness.
Top Reviews

CMW
5.0 out of 5 stars Rethinking life beyond the tomb
Reviewed in the United States on May 4, 2019
Verified Purchase
I've been a Christian my entire life and have heard and read the biblical stories of the resurrection of Jesus. But I had never thought beyond the disciples for what life was like.

This book picks up just after the resurrection and looks into the life of the rulers, both the Sanhedrin & the Roman rulers, from the viewpoint of a Roman Praetorian guard. This guard having been the one who pierced the side of Jesus with his sword.

The daily life and struggles of new believers, and the nightmares of some of the rulers were something I just hadn't spent much time thinking about.

The author is able to create scenes, with the magical use of adjectives, that make you feel as if you are there. Joy, fear, anger and doubt are expressed by the different characters making them seem alive.

A great read if you're a believer but also an interesting look at life in those times.

High Desert Homestead
4.0 out of 5 stars Interesting book that made me think
Reviewed in the United States on August 12, 2013
Verified Purchase
Michael Webb has taken on the challenge of tackling the events that took place during and after the crucifixion and resurrection of Christ in the first book of the Giants in the Earth trilogy. In this fictional account, readers get a glimpse into what it may have been like for the key players in the death of Christ. The main character in this book, Deucalion Quinctus, is struggling with his lot in life since the events surrounding the death, burial, and resurrection of Christ. His involvement with Christ's death and resurrection have caused him to go against the grain and seek the truth about the Christ.

For me, the story didn't immediately grab my attention, but I'm glad that I kept going as the story ended up drawing me in. The more I read, the more that I wanted to find out how everything ended up fitting together. The ending was unexpected, but quite good. Webb did a great job helping me travel back in time to when Christ walked the earth. It made me think about what it might have been like for all those involved in the death of Christ. While the story was fictional, it felt like it could have really taken place.

Disclosure: I received a copy of this book to help facilitate the writing of a frank and honest review. A positive review is not guaranteed or expected.
Read more
6 people found this helpful
Helpful
Comment Report abuse

Randy
5.0 out of 5 stars I've Found a New Christian Fiction Writer to Love
Reviewed in the United States on September 8, 2013
Verified Purchase
If you love Christian fiction from Ted Dekker, Randy Alcorn, Paul Young, then you are going to get a real treat with "The Masters Quilt (Giants in the earth)" by Michael Webb

For some who love to get lost in a great novel, there are just not enough great writers working in Christian Fiction. You find a new author to love, and soon you've read everything the guy has to offer. Then there is the withdrawal, the idea that there will be a new one for Christmas. My kids don't even ask me what I want for Christmas anymore. Christian fiction.

The really good news is that I have found an author you probably don't know anything about. And he has three other published works available right now. And I even happen to know that there's another one coming shortly. The Master's Quilt is the first in a trilogy called Giants in the Earth. I have just completed this book and will be reading the other two very soon. I'll report on the others here.

Michael Webb brings so much more than just nail biting action to the stage. He has an amazing knowledge of history and the inter-relationships of the major players during 1st Century AD. He weaves tales of deceit and manipulation that provide us one view of what might have been going on behind the scenes as Pilate, Saul of Tarsus, Herod Antipas, Caiaphas and others battled for power.

There is seemingly never ending stream of specific anthropological, cultural, and religious insights that help us to see more clearly what the struggle between Rome, the Jews, and the new Christians was really all about. Add the spiritual realm to the equation to complete a tapestry that keeps you guessing throughout the work.

Some reviewers on Amazon have argued that the book starts off a little slow. I would encourage every reader to give the book 50 pages. I would compare the opening to Dicken's "A Tale of Two Cities." I started that book twice, and only the third time did I finish it. The reason is the same. There are many, many characters, and they have very odd names.

Above, I compared Michael Webb to some huge authors. He is actually a better writer than Young or Dekker. His story lines are equal to any of the three. His research is as good as Alcorn. I'll give Alcorn an edge on writing, but not by much.
Read more
3 people found this helpful
Helpful
Comment Report abuse
See all reviews from the United States

Kindle Customer
4.0 out of 5 stars insight into early churc
Reviewed in the United Kingdom on December 8, 2013
Verified Purchase
In this book the author tells a fictional story about the man who pierced the side of Jesus at the crucifixion.

At first I found this book very disjointed and hard to follow but I'm glad I persevered as I soon became caught up in what seems to be a real story.

Deucalion finds himself torn between his role in eliminating the followers of Jesus while increasingly believing in Him.

Although fiction this book reads true and gives an insight into what it must have been like for Christians in the early days of the churc.
Read more
Helpful
Sending feedback...
Thank you for your feedback.
Sorry, we failed to record your vote. Please try again
Report abuse

Andrew Davies
3.0 out of 5 stars Thought. Provoking
Reviewed in the United Kingdom on December 27, 2014
Verified Purchase
A different look at the story of Jesus of Nazareth from a Roman pratorians view,, the one who speared the body of Christ on the cross,,and his subsequent conversion to Christianity
Read more
Helpful
Sending feedback...
Thank you for your feedback.
Sorry, we failed to record your vote. Please try again
Report abuse

Julie Wood
5.0 out of 5 stars The Master's Quilt by Michael J. Webb
Reviewed in the United Kingdom on September 27, 2013
Verified Purchase
I found this book gripping, it's extremely well written and it's characters are colourful and it's message compelling...... I loved it..
Read more
Helpful
Sending feedback...
Thank you for your feedback.
Sorry, we failed to record your vote. Please try again
Report abuse