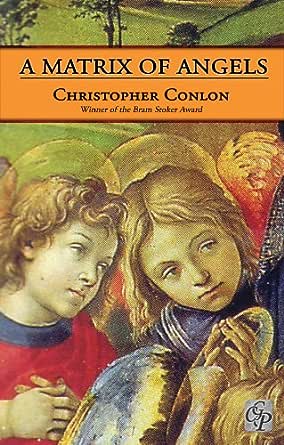 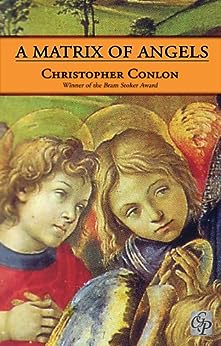 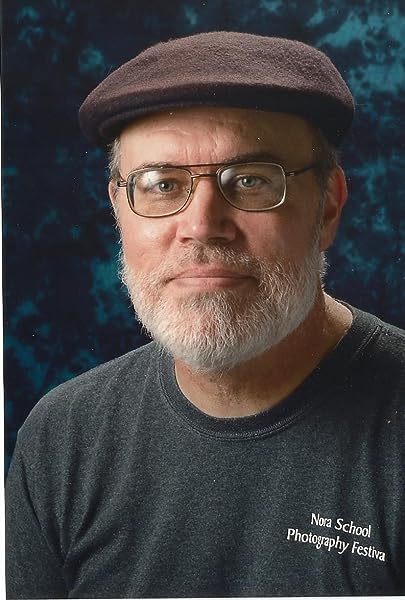 A Matrix of Angels Kindle Edition

Kayla Kuni
5.0 out of 5 stars Perfect!
Reviewed in the United States on November 30, 2014
Verified Purchase
I cannot be a bigger cheerleader for Conlon after reading this book. First, I want to thank Booklist, and the article "Monsters, Murder, and Morality" (by Daniel Kraus) for introducing me to Conlon. Prior to reading this article, I had never heard of him before. The author, in his interview with three other YA horror writers, cited this book as being amazing, and he was right.

The writing style used in this book is fantastic. The idea of oscillating back and forth between present day and the past helps inform the reader why the main character (Frances) is the kind of adult she is. It is a murder mystery that isn't such a mystery since we know who do know who committed the crime. It reminds me a lot of "The Bridge to Terabithia" in that we get tons of character development and then suddenly this one character is just...gone. The drop off is quick and hard to adjust to and one gets the impression that this is how children feel when loss occurs. The ending took my breath away. Fantastic!

William M Miller
5.0 out of 5 stars A Dark And Emotional Journey
Reviewed in the United States on April 20, 2012
Verified Purchase
Author Christopher Conlon's debut novel, MIDNIGHT ON MOURN STREET, was my favorite novel of the year. This second novel, A MATRIX OF ANGELS, is just as powerful and heartbreaking and in my top 10 for 2011. Conlon's writing walks a fine line between a dark drama, a thriller, and horror. It is consistently addictive, engaging, and beautifully written. The author's poetry background is the foundation for his smooth prose and carefully constructed sentences. Conlon has wonderful character instincts and writes like a polished veteran. He has quickly climbed to the top of my must read list and is now one of my favorite authors. With back-to-back efforts like this, I am simply blown away by this man's talent. This novel gets one of my highest recommendations. As a bonus, it also includes the short story that the novel was based on. Buy it. You won't be disappointed.
Read more
One person found this helpful
Helpful
Comment Report abuse

Miles D. Moore
5.0 out of 5 stars A terrifying, sad and moving book.
Reviewed in the United States on June 18, 2011
Christopher Conlon has followed up his fine first novel, "Midnight on Mourn Street," with another excellent story of damaged souls and the horror that lurks behind everyday life. "A Matrix of Angels" is the story of Frances Pastan, a bestselling children's book author who is also a deeply unhappy alcoholic, divorced and estranged from her young daughter. When a book tour brings her to Santa Barbara, on impulse Frances rents a car and drives up the coast to the little town of Quiet. She hasn't thought of Quiet in many years, but she lived there for a couple of months as a girl of twelve. It was there she met Lucy Sparrow, the best friend she would ever have, who fell prey to a serial killer.

If you're looking for a murder mystery, "A Matrix of Angels" really isn't one; we know the murderer's identity before the book is half-over. Instead, "A Matrix of Angels" is the touching story of a friendship between two lonely, unhappy little girls, a friendship doomed by circumstances beyond their control, and also the story of how Frances finally faces the inner demons that have tortured her for thirty years. Throughout the book, Conlon demonstrates his impressive abilities of tight plotting, sharp dialogue and empathetic insight into the minds of his characters. As a bonus, Conlon includes the original short story that eventually grew into the novel. The story is fine, but the novel is better, and demonstrates what a few of us already know--that Conlon deserves to be far better known than he is.
Read more
4 people found this helpful
Helpful
Comment Report abuse

BigAl
4.0 out of 5 stars A Matrix of Angels
Reviewed in the United States on August 23, 2011
"A Matrix of Angels" is one of those hard to pin down books. It has a murder with some mystery surrounding it, at least where the protagonist, Frances Pastan, is concerned. But the mysteries are more concerned with understanding events surrounding the murder and coming to terms with them than they are about finding the killer, who is identified mid-book. It isn't a murder mystery. It has some traumatic childhood experiences that need to be understood and worked through, yet it isn't a coming of age story. Despite not being either of these, it is also a book with plenty of appeal for fans of those genres. However, if I were forced to categorize, it has to go in one of the catchall categories, either literary or contemporary fiction.

While superficially a success, Frances' life is in shambles. In revisiting a life-changing and traumatic time that she has long repressed , she is able to understand the events that led to her current situation. Going through this, Frances is almost practicing self-psycho-therapy, which will possibly set her on the road to a better place. Going through this exercise with Frances, the reader may glean some insights into human nature; the novel gives us a better understanding about how past events can both inspire us in positive ways and drag us down if we let them.

Benjamin K. Ethridge
5.0 out of 5 stars Beautiful, dread-filled wonder
Reviewed in the United States on August 8, 2011
Don't miss this novel. It's the most compelling book I've read in a while. A wonderful horror-mystery novel. The only thing I take exception with is the ending. However, fault there lies on this reader; the deficiency is due to my own emotional requirements for the ending, not Conlon's mastery of the material.
Read more
4 people found this helpful
Helpful
Comment Report abuse
See all reviews from the United States