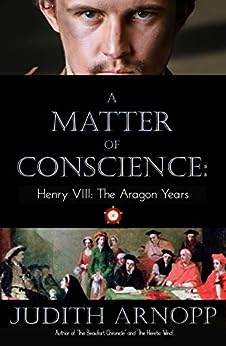 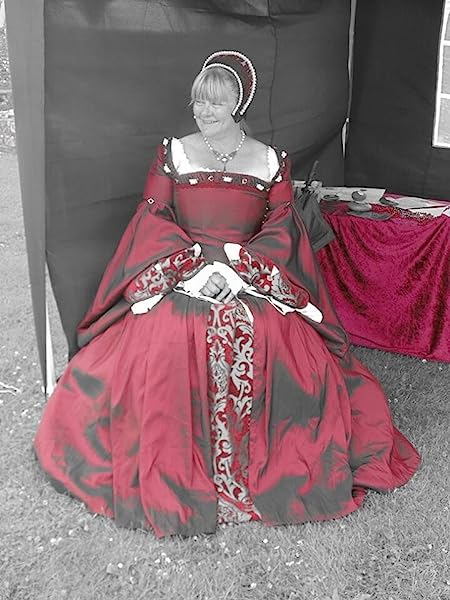 by Judith Arnopp (Author) Format: Kindle Edition
See all formats and editions
Sorry, there was a problem loading this page. Try again.

‘A king must have sons: strong, healthy sons to rule after him.’

On the unexpected death of Arthur Tudor, Prince of Wales his brother, Henry, becomes heir to the throne of England. The intensive education that follows offers Henry a model for future excellence; a model that he is doomed to fail.

On his accession, he chooses his brother’s widow, Caterina of Aragon, to be his queen. Together they plan to reinstate the glory of days of old and fill the royal nursery with boys.

But when their first-born son dies at just a few months old, and subsequent babies are born dead or perish in the womb, the king’s golden dreams are tarnished

Christendom mocks the virile prince. Caterina’s fertile years are ending yet all he has is one useless living daughter, and a baseborn son.

He needs a solution but stubborn to the end, Caterina refuses to step aside.

As their relationship founders his eye is caught by a woman newly arrived from the French court. Her name is Anne Boleyn.

A Matter of Conscience: The Aragon Years offers a unique first-person account of the ‘monster’ we love to hate and reveals a man on the edge; an amiable man made dangerous by his own impossible expectation.

The story continues in A Matter of Faith: Book Two of The Henrician Chronicle.

From the author of 'The Beaufort Chronicle' and 'The Heretic Wind.'

Judith Arnopp's novels are set during the War of the Roses and the Tudor era. They focus on women like Margaret Beaufort, Elizabeth of York, Anne Boleyn, and Mary Tudor.

She has a Master's degree in medieval studies and a BA in English and creative writing from the University of Wales, making Historical Fiction the only obvious career choice.

She lives on the coast of West Wales with her husband, John, and now her family have flown the nest, she writes full time from her home overlooking Cardigan Bay.

Her first three books were set in the Anglo Saxon period but since switching to the Tudor era her career has flourished and she now has twelve books in her catalogue, the thirteenth due for publication early in 2021. All books are available on Kindle and in paperback, some are on Audible.

Alison Shanahan
5.0 out of 5 stars Loved reading a POV from Henry VIII for once
Reviewed in the United States 🇺🇸 on October 15, 2022
Verified Purchase
I’m always reading books about the queens from their perspective, but what about Henry’s perspective? Margaret George has already written an excellent novel, but I’m the type of person who likes to read multiple novels about the same subject. We don’t get to read what might have been going through Henry’s head. I’m eager for the next book but it’s been quite a while! When is it coming out? I’m really looking forward to it!
Read more
Helpful
Report abuse

CANDACE HICKMAN
5.0 out of 5 stars INSIDE HENRY'S HEAD
Reviewed in the United States 🇺🇸 on March 29, 2021
Verified Purchase
Judith Arnopp has become my favorite author, Historical Fiction or not. After discovering her books, I bought and flew through each one, connecting with each of her characters. I enjoy the rhetoric, the beauty of her style, the prose, the first person story she tells as she is dwelling inside her characters head and sharing their thoughts with us.
I anxiously awaited this book and then read it very slowly,savoring it, knowing it will be a while before I have another. So excited to know this will be a triology.
I believe she nailed King Henry in his many layers. He has so many layers who knew which he would be looking like it acting like today.
Read more
7 people found this helpful
Helpful
Report abuse

MAEK
5.0 out of 5 stars Excellent book on the early boyhood and reign of Henry Viii
Reviewed in the United States 🇺🇸 on December 23, 2021
Verified Purchase
The author does an excellent job of explaining all of Henry's insecurities and fears while a young boy and Monarch. The author also explains the relationships Henry had with his parents, siblings, grandmother, courtiers, 1st wife and Anne Bolyen. I look forward to future installments.
Read more
3 people found this helpful
Helpful
Report abuse

D. Williamson
5.0 out of 5 stars Good reading
Reviewed in the United States 🇺🇸 on January 4, 2022
Verified Purchase
I enjoyed reading Henry's version of the Great Matter. Wish it hadn't ended there is so much more to say. I hope the story will be continued in another book or two.
Read more
One person found this helpful
Helpful
Report abuse

Kindle Customer
5.0 out of 5 stars Best Henry book ever!
Reviewed in the United States 🇺🇸 on November 1, 2021
Verified Purchase
Loved seeing the divorce FROM Henry side and perspective he was just trying to be a King but also a man who was beset by the demon of failure
Read more
2 people found this helpful
Helpful
Report abuse

Coton-Enthusiast
5.0 out of 5 stars I can’t wait . . .
Reviewed in the United States 🇺🇸 on March 20, 2021
Verified Purchase
For the next book in this trilogy. I’ve read every historical novel written about Henry VIII and even if you have too, you must add A Matter of Conscience to your reading list. Simply put, this is an engaging, entertaining and thought provoking novel. I loved it.
Read more
11 people found this helpful
Helpful
Report abuse

denyse
5.0 out of 5 stars Wow
Reviewed in the United States 🇺🇸 on May 3, 2021
Verified Purchase
Excellent job as always 🎉🎊. Congratulations hugs and blessings on this new trilogy. Cannot wait for more to come in
Read more
Helpful
Report abuse

Cassidy Tailer
5.0 out of 5 stars Great read!
Reviewed in the United States 🇺🇸 on April 10, 2021
Verified Purchase
The entire book makes for an excellent read. CAN’T wait for the next book in the series.
Read more
Helpful
Report abuse
See all reviews

fictionreader
5.0 out of 5 stars Great book, written from a young Henry VIII's point of view
Reviewed in the United Kingdom 🇬🇧 on June 13, 2021
Verified Purchase
This was a bold move by Judith Arnopp to get inside the head of Henry VIII and tell the story of his reign from his point of view. And the Henry that she has created for us is utterly believable as we chart his journey from carefree younger brother to king. The relationships in this novel are strongly drawn, I particularly enjoyed Henry’s relationship with his sisters and how their childhood affection was strained by the effects of power. This Henry is a man who likes to sport and play ands finds the affairs of state tedious. He’d rather be playing tennis or out with his hawks. Yet his feeling that he wanted to be a good King, and his love for England the nation, are never diminished. He is handsome, vibrant, wins at everything effortlessly. Yet even though his brother is dead, Henry lives always under his shadow, always afraid he will never quite be good enough.

Judith Arnopp strikes exactly the right balance between story and history in this novel. There is plenty of real detail here; the manoeuvring of his advisors, the nation’s urgent need for a living heir, the tragedy of the death of his son. Henry himself has experienced at first hand what can happen if the eldest son dies. The fact that he has one disappointment after another soon sours his relationship with Catalina (Kate), the Aragon bride, the woman he was initially smitten with and coveted so much. As Henry begins to turn to arrogance we cannot help but feel for her, trapped in this marriage where she only has one function.

All in all, this is an excellent novel, pyschologically astute and well-researched, and I can’t wait to read the next in the series.
Read more
Report abuse

Rose
5.0 out of 5 stars just for once
Reviewed in the United Kingdom 🇬🇧 on November 11, 2021
Verified Purchase
well, Henry might have been a monster but there’s been more written about him as king than probably any other. Hitler is the same. A tyrant Henry nevertheless is the one we all want to read about and write about and so we do. At least, just for once, he isn’t portrayed as so perfect he can do no wrong. I wonder if that’s why some other writers I might mention, never write about him. They only want to write about the ones they love turning them in to some paragon of perfection they probably never were. This is different though, warts and all and thank goodness for that. A good book and very realistic.
Read more
One person found this helpful
Report abuse

24601
5.0 out of 5 stars I was totally absorbed in this book.
Reviewed in the United Kingdom 🇬🇧 on November 12, 2022
Verified Purchase
Fans of historical fiction will know the story of Henry VIII and his six wives but this book is different. It is written from Henry's own perspective and how he feels about different situations. A refreshing viewpoint that shows he was not always the tyrant he turned into in later years.
Read more
Report abuse

cherrywaff
5.0 out of 5 stars A brilliant read
Reviewed in the United Kingdom 🇬🇧 on January 20, 2022
Verified Purchase
As usual i was blown away with Judith Arnopp’s writing .I found myself totally absorbed in this unique version of a very well known and often told story of Henry V111. I was lost in it and living the heartaches of Kate and Henry . So lost in fact the ending physically gave me a jolt ..cant wait for the next ..
Read more
One person found this helpful
Report abuse

Lebuchanan
4.0 out of 5 stars Its,an ok book
Reviewed in the United Kingdom 🇬🇧 on March 17, 2022
Verified Purchase
Not impressed with the way the author told the story felt it was too shallow it bits the man was a tyrant and I think.his behaviour started to show before he separated from Kate however that is just my opinion
Read more
Report abuse
See all reviews
Report an issue
Does this item contain inappropriate content?
Report
Do you believe that this item violates a copyright?
Report
Does this item contain quality or formatting issues?
Report