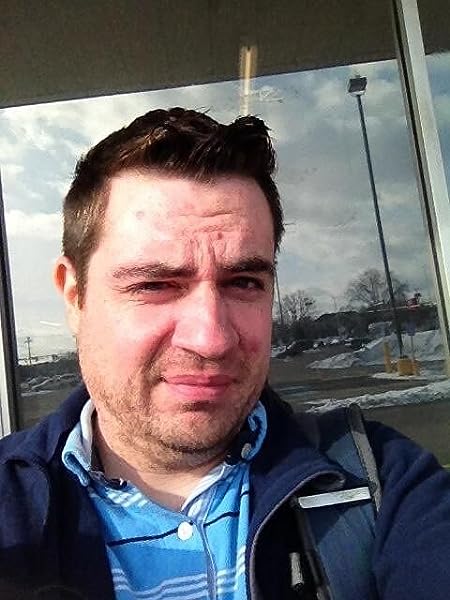 Matthew Poirier is originally from Maine, where he grew up, and received his BA in anthropology from the University of Maine. He currently lives in South Philadelphia with his wife Jen, and their two cats, JD and Luca. In addition to novels, he also has a blog, the Direct to Video Connoisseur (dtvconnoisseur.blogspot.com), where he looks at direct to video and low-budget films; and the accompanying podcast, the DTVC Podcast, which can be found on iTunes, Spotify, and Stitcher. 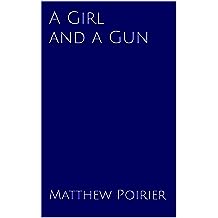 A Girl and a Gun Aug 25, 2021
by Matthew Poirier
$4.99
Things were going well for Justin. His first novel was a big success, and then he and his friend Marty were developing a new TV series for the online DVD rental company NetRent. All of that comes crashing down though when a scandal from his past is exposed, and he’s forced to go into seclusion. Five years later, after he’s rebuilt his career, he has an opportunity to make a movie called A Girl and a Gun with famous romantic comedy actress Evie Newcastle. This could be the project that takes his career to the next level—or the one that ruins him, as the notoriously difficult Evie becomes a constant source of stress, pinning all her hopes that this movie will be the one that takes her out of the Rom Com typecasting she’s been stuck in her whole career.

The first book in The Authors Cycle, A Girl and a Gun looks at fame and success in the 21st century, in particular in the character of Justin, who portrays himself as a simple Mainer just going with the flow, but maybe isn’t as self-aware and down-to-earth as he thinks.
Read more
Other Formats: Paperback 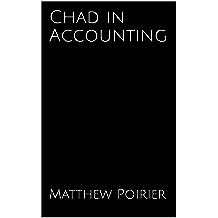 Chad in Accounting Mar 3, 2020
by Matthew Poirier
( 4 )
$4.99
Chad is almost 33 years old, and has been living like a somnambulist for the better part of the past five years, after he caught Gwen, the love of his life, in bed with his best friend Dave. He lives alone, hates his job, continually strikes out in his interactions with women, and doesn’t really connect with anyone other than his married neighbor Miguel from across the hall, who visits when he wants to watch soccer games and get away from his wife. Things start to change though when the company he works for hires Haley, a woman who has suffered similar heartaches in her life, but isn’t as affected by it as Chad is. When she rejects his attempt at courtship, he begins to see that the way he’s been living—or not living—needs to change. The problem is, the agent of that change comes through a chance meeting with Lars, a rich European playboy who lives in an exclusive world of money and luxury, but is also selfish, racist, and misogynistic. Lars offers Chad a chance to quit the job he hates, and come onboard with the hedge fund he’s started, but does it sound too good to be true? And is Lars really the person he should look to for inspiration as he restarts his life?
Read more
Other Formats: Paperback