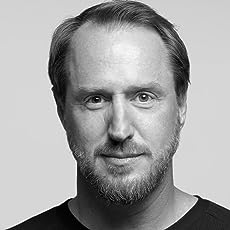 My purpose in life is to live, love and learn!

I have two decades of experience leading projects, strategy, and research in the fields of environmental governance and sustainable development. I've worked for government, academia, non-profits, and the private sector. I serve as President and Chairman of the Futurity Foundation, consult and advise leaders worldwide through King's Creations.

I've been to every Continent on Earth with the exception of Antarctica, completed learning expeditions to over 30 countries, lived in five, and studied and conducted extensive research in four - completing my PhD at the University of Cambridge in England in Political Ecology/Geography in 2008.

I've had three epiphanies in life, two while meditating in rainforests and the other as I was facing death due to cancer. The first was at Ebner Falls in the Tongass National Forest, Juneau, Alaska in 2001, and the second in Daintree Rainforest, Queensland, Australia in 2014.

I've searched relentlessly for my place in the world through travel, philosophy, spirituality, and literature, but I found it inside. I spent the first five years of my life living in the Frances Willard Home for Girl's, administered by my father in north Tulsa, Oklahoma. I eventually moved to the west side of town; home of the white working class and the settings of S.E. Hinton's book, "The Outsiders" and Francis Ford Coppola's film adaptation of her novel. Truth is, I've always been as much an 'Outsider', as an idealistic pragmatist. Now, I direct my grit and perseverance toward improving myself, the lives of others, and the planet.

I've met death as cancer ravaged my body, and I'm still alive after a 15% chance of living.

I once helmed a barge on the Rhine-Meuse-Scheldt delta in the Netherlands, after teaching a Tanzanian woman to ride a bike, while working with her and a group of international volunteers to create a nature reserve near Numansdorp. I've hiked major mountain ranges: the Rockies, the Alps, Andes, Great Dividing Range, Appalachian and the Cascades.

I speak English, Spanish, and some French. I act on stage, film and commericals. I paint, photograph, draw, and I've produced and directed short films. I've volunteered with dozens of organizations, committing thousands of hours for the benefit of people and the planet. I'm a Zen Buddhist who practices yoga and, of course, meditation. I love my wife immensely, and always strive to be a better husband and a great friend.

I've published academic and popular literature, given talks around the world, and I love to dance. I'm a former U.S. Presidential Management Fellow (1999-2001), post-graduate Fellow of the Royal Geographical Society, a Fellow of the Cambridge Philosophical Society, and a Kinship Conservation Fellow.

My biggest journey, thus far, has been my current one, from head to heart, and I'm still on that journey.

I'm grateful to be here on this journey with you! 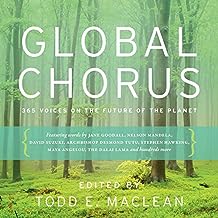 Global Chorus is a remarkable, illustrated collection of 365 daily meditations around some very large and increasingly crucial themes:

“Do you think that humanity can ﬁnd a way past the current global environmental and social crises? Will we be able to create the conditions necessary for our own survival as well as that of other species on the planet? What would these conditions look like? In summary, then, and in the plainest of terms, do we have hope, and can we do it?”

And all contributors to this fundraising book have generously and graciously donated their time and efforts, as proceeds from the sales of Global Chorus will be distributed to a select group of organizations helping to recover, protect and sustain life on Earth. 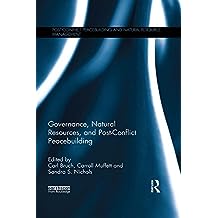 When the guns are silenced, those who have survived armed conflict need food, water, shelter, the means to earn a living, and the promise of safety and a return to civil order. Meeting these needs while sustaining peace requires more than simply having governmental structures in place; it requires good governance.

Governance, Natural Resources, and Post-Conflict Peacebuilding is part of a global initiative to identify and analyze lessons in post-conflict peacebuilding and natural resource management. The project has generated six books of case studies and analyses, with contributions from practitioners, policy makers, and researchers. Other books in this series address high-value resources, land, water, livelihoods, and assessing and restoring natural resources. 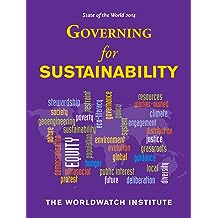 These diverse efforts are the subject of the latest volume in the Worldwatch Institute’s highly regarded State of the World series. The 2014 edition, marking the Institute’s 40th anniversary, examines both barriers to responsible political and economic governance as well as gridlock-shattering new ideas. The authors analyze a variety of trends and proposals, including regional and local climate initiatives, the rise of benefit corporations and worker-owned firms, the need for energy democracy, the Internet’s impact on sustainability, and the importance of eco-literacy. A consistent thread throughout the book is that informed and engaged citizens are key to better governance.

The book is a clear-eyed yet ultimately optimistic assessment of citizens’ ability to govern for sustainability. By highlighting both obstacles and opportunities, State of the World 2014 shows how to effect change within and beyond the halls of government. This volume will be especially useful for policymakers, environmental nonprofits, students of environmental studies, sustainability, or economics—and citizens looking to jumpstart significant change around the world.