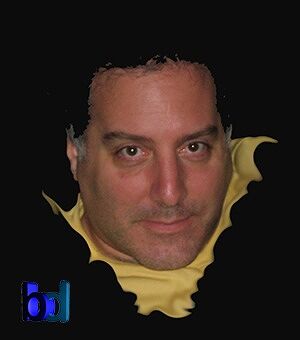 Max Boroumand is a seasoned and experienced technologist, a futurist, and special advisor. His career spans over two decades, with clients in the Fortune 500, Governments, and non-profits, and many technology startups. His work and life have taken him all over the world, from the Middle East and North Africa, to Europe and the Americas, and to Asia.

Over the last decade, he has been the CEO of a holding company, whose portfolio includes several software companies, and most recently a publishing and media company supporting his new passion, writing books. 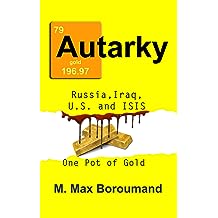 One dusty old man stands between ISIS, Russia, and the U.S. and billions in gold. In the process of finding him, tens of thousands of people die in Syria and Russia.

A gripping story of greed, violence, and vengeance.

An Iraqi stonemason drives his family to a construction site to celebrate the project's completion. He arrives late and witnesses the Iraqi military burying all the dead workers, the women, and children in a mass grave.

... Years later, a computer software engineer working late one cold winter night in Virginia slides off the road at a highway exit on his way home. His death, a murder, leads to a favor that leads to clues tying the dead man and the stonemason together.

Sitting at his desk one morning, Jason Caius receives an encrypted email containing a series of files. He reads and passes them off to the proper people thinking it's the end. Within days, they summon him to a meeting between the CIA and FBI.

At the meeting, he learns that the email and associated files point to the needed evidence in a long-standing case against one of the world's largest private military contractors, an American company. There is only one problem, details about the evidence is known only by the key witness, the stonemason, and he has gone missing somewhere in Iraq. They task Jason with finding the witness, validating the evidence, and extracting them both.

Jason's fluency in cultural nuances, local dialects, and regional geography make him the best person to blend in, with the requisite skills to survive and adapt to the chaos that is Iraq. The pursuit takes him all over Iraq, to Iran, and to multiple theaters of war, facing Iraqis, ISIS killers, Russians, and corrupt Americans.

But, he's not the only one hunting for the witness. 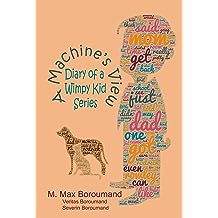 "A great intro to Machine Learning and related topics for children ..." - Quanta Magazine


Can a machine write a Diary of a Wimpy Kid book? Are you curious about Artificial Intelligence and Machine Learning? We explore these and much more using the first ten Wimpy Kid books as our source.


... My boys loved reading the Diary of a Wimpy Kid series, as did many of their friends. I could not understand why, and was not going to read the series. Yet, I remained curious. I took it upon myself to study the books in concert with a project in machine learning and artificial intelligence on which I embarked.


This book summarizes that process. 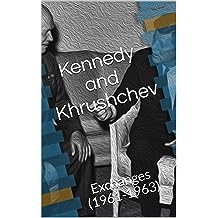 The complete set of correspondences, 640+ pages, between President Kennedy and Chairman Khrushchev.


The correspondence between these two leaders was unique in a number of ways. It gave rise to the first informal written exchange between Cold War leaders. Its existence as a reliable, direct, and quick channel of communications was instrumental in avoiding international catastrophe during the Cuban missile crisis. It was a key early contributor to the learning process that over several decades allowed leaders of the two nations to communicate with each other with growing mutual understanding and eventually trust. In the field of arms control, the exchange allowed President Kennedy and Chairman Khrushchev to haggle over the details of an arms control agreement; in later years that function was assumed by growing arms control bureaucracies and standing delegations. The correspondence also showed clear differences in the personalities and leadership styles of the two men, as well as the larger political cultures in which they worked.


Correspondences includes both formal and public exchanges as well as the more informal and very confidential exchanges, transmitted through special emissaries, which became known as the “pen pal" correspondence. The channel was intended to give the two men a chance to exchange ideas in a “purely informal and personal way,” as expressed by Chairman Khrushchev in his letter of September 29, 1961. Some of the informal messages were, however, made public immediately, sometimes before the recipient received them, but most of the messages were declassified only in later decades. 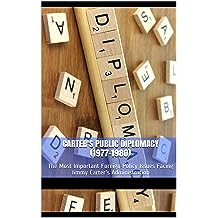 
This book documents the Carter administration’s efforts to conduct public diplomacy. A primary emphasis of the book is the fundamental role that the United States Information Agency (subsequently the United States International Communication Agency) played in the formulation and implementation of public diplomacy. The documentation focuses on the merger of the Department of State’s Bureau of Educational and Cultural Affairs (CU) and the United States Information Agency in late 1977 and the establishment of the United States International Communication Agency in early 1978; the reports and recommendations of the U.S. Advisory Commission on Information and the U.S. Advisory Commission on International Educational and Cultural Affairs; the production and dissemination of USIA/ICA research reports, briefing papers, and surveys; the conceptualization and administration of broadly-based cultural initiatives such as ARTS AMERICA; the development of initiatives designed to celebrate the American Constitution bicentennial; foreign responses to exhibits, films, radio and television programs; a new emphasis on younger, foreign audiences; and USIA/ICA’s efforts to adapt to and utilize new forms of technology to refresh and enhance its programming.


The book also draws attention to the Department of State’s public diplomacy efforts. The documentation focuses on people-to-people, cultural, and educational exchanges, administered in the Department by CU. Following the integration of CU into USIA, senior officials worked to strengthen the institutional relationships between the two agencies. The volume also includes documentation on the Department’s initiative to inform the American public about U.S. foreign policy and the world.

Within the White House, the President and his primary advisers grappled with the organizational and intellectual challenges posed by the CU–USIA merger and establishment of ICA. Carter, in creating ICA, emphasized not only ICA’s charge to inform the world about American society but also ICA’s new role of informing the American public about the world, what ICA would term the “reverse” or “second mandate.” The documentation reveals the ways in which Carter, Assistant to the President for National Security Affairs Zbigniew Brzezinski, and other advisers pushed USIA/ICA Director John Reinhardt and his agency to develop programming and initiatives to support foreign policy successes such as the Camp David Accords and respond to crises such as the taking of U.S. hostages in Iran, the Soviet invasion of Afghanistan, the 1980 Olympic boycott, and Cuban refugees. In addition, the volume also highlights Carter’s appointments to the Board for International Broadcasting, Radio Free Europe/Radio Liberty, and the advisory commissions on information and cultural affairs.
Read more 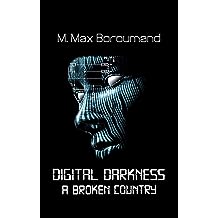 A simple computer prank throws the U.S. into darkness and chaos. While people survive the collapse of civil society, a small group hunt for the perpetrators.

A gripping and powerful story about the hunt and the payback.

A group of hackers break into a Chinese manufacturing company's computer system, steal some code, change it, and inject it into a U.S. based utility company's computer servers. That triggers a cascade electromagnetic pulse (EMP) event that throws a large portion of the U.S. into darkness.

That day splits the story into two parts, surviving the chaos and decline of civil society, and the hunt for the perpetrators.

Henry, a friend of Jason, travels deep into the dark zone to help a friend protect his business, a gun store, and the friend's home and family. After all, Henry knew exactly what a gun store meant in a collapsing society with no laws.

While the people inside the "dark zone" deal with the economic fallout and collapse of civil society, Jason Caius and a small group outside the country chase down the culprits and deliver justice.

For Jason, thoughts and prayers, and sanctions were not enough. 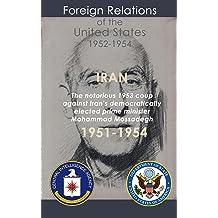 
The final, most recent (June 2017), UN-redacted, and complete set of documents as pertain to the U.S. involvement in Iran, from 1951-1954, with a specific focus on the engineered coup that resulted in the ouster of the democratically elected Prime Minister, Mohammad Mossadegh.


This is an important corner stone, in American history, which sets the table for all that has occurred since that time. 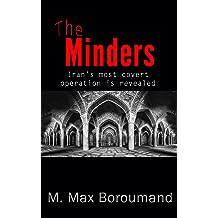 A Gripping and powerful story. Four seemingly unrelated events unfold into a plan to inflict massive casualties on U.S. soil. One man uncovers the plot and destroys three decades of clandestine Iranian operation to control expatriates.

After graduating from college, the son of a prominent construction tycoon from Colorado, decides to tour the world. While in Iran, they kidnap him.

... A father and his daughter too are kidnapped in Iran. They are the family of an executive at the World Health Organization in Denmark.

... In Denver, Colorado, the county's head of Construction and Permits is threatened and asked to pay his gambling debts.

... Finally, in California, a young Stanford graduate is offered an amazing opportunity at a startup, focusing on mass inoculation technology.

These four events are tied together by way of a plan to attack the U.S. on their soil. Jason Caius, a Farsi and Arabic language teacher at the Monterey Defense Language Institute, with a secretive past and a godfather to the kidnapped college student, is called upon to help. Jason uses his extensive network of relationships cultivated over years of working in Iran, Iraq, and across Europe, to do whatever is necessary to help save his godson and quash the ill-fated terror plot. His ordeal takes him across the U.S. and Europe, through Turkey, culminating in Iran and Iraq, with action and plot twists in every town.
Read more
Other Formats: Paperback , Mass Market Paperback