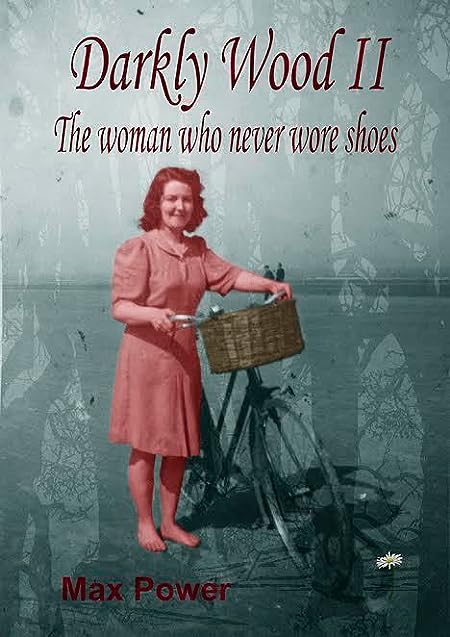 Max can also be found on Facebook at https://facebook.com/maxpowerbooks

Coming next Apollo Bay... An intense thriller set in Australia 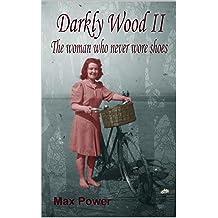 Darkly Wood II: The woman who never wore shoes Jan 31, 2017
by Max Power
( 43 )
$2.99
This chilling sequel to Darkly Wood brings us back to the mysterious wood perched above the sleepy village of Cranby. The mystery returns with love and terror walking hand and hand through the seemingly innocent paths of the place that has generated many fearful tales. This time however, there is an even more sinister presence. Much time has passed since Daisy escaped the terror of the wood and on the surface little has changed. But behind the tree line, a new danger lurks. Fans of the original will be taken to darker depths and first time readers will discover the true art of storytelling from the mind of the award winning author Max Power. Heart stopping, fast paced, unrelenting danger lies waiting for you between the pages. Sometimes love is all you have. Sometimes, love is not enough. Darkness is coming…
Read more 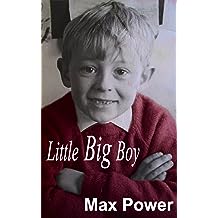 Little Big Boy Apr 26, 2015
by Max Power
( 76 )
$2.99
Little Big Boy tells the often harrowing tale of a small boy, struggling to cope in an environment of violence and fear, in 1970’s Dublin. All he wants is to be a big boy, but that comes with a price. At home, he faces an increasingly violent father and at school, he encounters new threats from other boys and more menacingly, from one Christian Brother in particular. In the midst of his turmoil, the one person that stands up for him and keeps him safe is his mother. But a series of seemingly unconnected events, conjure up a storm of epic proportions, with this little boy in its path.
Read more 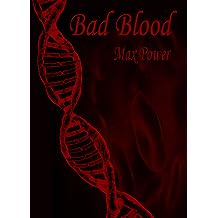 Bad Blood Nov 23, 2014
by Max Power
( 34 )
$2.99
When lawyer Carol Berkley visits a man on death row, who has not spoken one word from the time of his arrest and right through his trial, she is shocked by his first spoken words. James Delaney is a man sentenced for one murder, but it turns out that he may be the most prolific serial killer the world has ever known. When James despatches Carol to find a priest, a priest with a secret, she becomes tangled in a web of murder, blackmail and revenge, as her life spirals out of control. Father Martin Doyle thought he had left a terrible secret behind him in Ireland, but when Carol turns up at his church in a poor Miami neighbourhood, he is forced to travel back home to confront the demons of his past and discover even more sinister new ones. With a hurricane looming large off the Florida coast, James knows that there is a far more dangerous storm brewing. The arrival of new prison officer Elias Wainwright means that James will never make it to his official execution date, without the help of Carol Berkley and the priest with a very particular secret. Time is running out for James and he has a secret of his own that may change everything. But some secrets should be kept in the family.
Read more 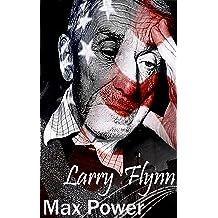 Larry Flynn Aug 22, 2014
by Max Power
( 34 )
$2.99
Larry Flynn is an old man literally dying on his feet. When a new American ambassador arrives in Dublin old wounds are opened that start Larry off on a quest for revenge way beyond his ability. Events sparked by the building of a secret airstrip in Tipperary in 1943, led to tragedy in Larry's early life and forced him to carry a dark secret and a spite filled heart almost to the grave. With nearly all hope of revenge lost, an opportunity to finally get back at the family he believes to be responsible for his life long suffering lands in his lap. The question is, has it come too late? Add in the involvement of a ruthless Dublin crime gang and Larry Flynn is a dynamic action filled thriller like no other. Larry Flynn will rock you on your heels and keep you on your toes. You've never met anyone quite like him and you will certainly never forget Larry Flynn.
Read more 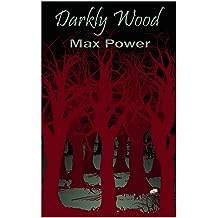 Darkly Wood Jun 30, 2014
by Max Power
( 91 )
$2.99
When a new arrival to the village of Cranby discovers a small leather bound book called 'Tales of Darkly Wood' she soon discovers that not all of the stories within are as fantastic as they first appear.

The book tells of supposedly terrible events which have occurred in the Wood that overlooks the village. What begins as an innocent stroll with her new admirer up by Darkly Wood soon turns into a nightmare for young Daisy, one from which it seems impossible to escape.

The line between reality and fantasy soon begins to blur, as a fledgling love affair is tested in the most terrifying circumstances. Swept up in her emotions, the young girl soon discovers that while sometimes love is all you need, sometimes love is not enough. There is something wrong up in Darkly Wood, and soon Daisy has to fight to save more than her life.

This spine chilling love story builds momentum and maintains excitement and pace right to the astonishing and jaw dropping climax. Along the way stories from the book 'Tales of Darkly Wood' help reveal the strange truth behind the mysterious Wood high on the hill above Cranby.
If you like a thrilling ride and enjoy storytelling at its best, Darkly Wood will keep you on the edge of your seat and lead you into a wonderful world of storytelling all at the same time.