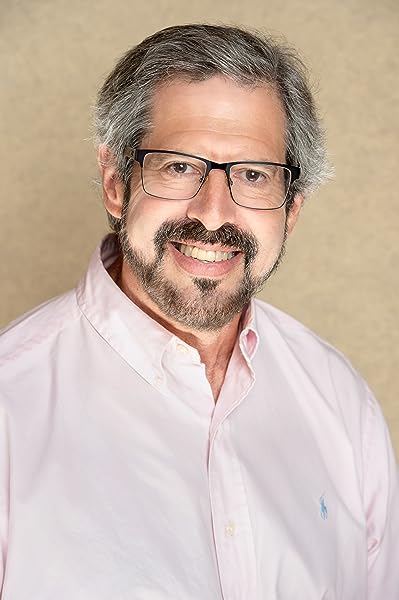 Measure of the Earth: The Enlightenment Expedition That Reshaped Our World Paperback – June 25, 2013

Carla Rahn Phillips, University of Minnesota, Twin Cities
“Ferreiro's Measure of the Earth nicely captures the scientific complexity and physical difficulty of this extraordinary expedition. At the same time, the author provides richly textured portraits of all the principal protagonists, whose personal foibles and rivalries sometimes undercut their professional skills. This is a compelling tale of international politics, Enlightened science, and human drama, played out on both sides of the Atlantic.”

Felipe Fernández-Armesto, William P. Reynolds Professor of Arts and Letters, University of Notre Dame, and author of Pathfinders
“Larrie D. Ferreiro tells us that Voltaire could make difficult subjects accessible to everyone. In Measure of the Earth Ferreiro shows that he can do the same, with his Voltairean gifts of mastery of material and fluency in prose.

Kirkus
“A sophisticated work tracing the arduous mid-18th-century international expedition to the Latin American equator to determine the “figure of the earth."

Peter C. Mancall, author of Fatal Journey: The Final Expedition of Henry Hudson
“Doing science in the eighteenth century demanded almost unbearable sacrifices for distant rewards and only the most dedicated could handle the challenges. Larrie Ferreiro's deep research has produced a highly readable account of one of the great scientific expeditions of the age of the Enlightenment, a venture all the more riveting since it unfolded amidst imperial contests and devastating tragedy and tested the psychological and physical limits of those keen to expand knowledge of the shape of the Earth.”

James Horn, author of A Kingdom Strange and A Land as God Made It
“In Measure of the Earth, Larrie Ferreiro tells the dramatic story of the first international scientific expedition to South America to establish the precise dimensions of the globe.  The French scientists who led the expedition to the Andes overcame incredible adversities traversing the jungles and highlands of equatorial Peru, surviving near mutiny, attacks by local inhabitants, war, siege, and the skepticism of fellow academicians in their homeland to complete their mission and achieve lasting fame.  Beautifully written, Ferreiro's book provides an authoritative and gripping account of one of the greatest scientific breakthroughs of the Enlightenment.”―-

Andrés Reséndez, author of A Land So Strange
“The greatest achievement of Larrie D. Ferreiro's wonderful book is to walk us with perfect ease through remote locales and arcane subjects. Mr. Ferreiro seems no less at home in Guayaquil than in Paris or London and no less lucid in explaining the debates over the shape of the earth between Newtonians and Cartesians than in describing the intrigues surrounding the French Academy or the excruciating logistics of a scientific mission unfolding in colonial South America.”

Kim MacQuarrie, author of The Last Days of the Incas
“The story of the race to determine the shape of the Earth is one of history's most engaging yet least-known stories. In Measure of the Earth, Larrie Ferreiro takes us inside the scientific expedition that set off from France to South America in the 18th century to discover the answer. Ferreiro not only brings to life the band of characters that embarked on this journey, with all of their intrigues and rivalries, but he also details the huge stakes involved. Whichever county discovered the Earth's correct shape would take a giant leap forwards in enhancing their military and economic power.  A fascinating account of scientific inquiry thoroughly enmeshed in the race for power and empire.”―-

Larrie D. Ferreiro is the author and editor of several books on the history of science and technology, including Ships and Science, which received the North American Society for Oceanic History's John Lyman Award for Best Book in Science and Technology. A frequent maritime contributor to the History Channel and the Discovery Channel, he was an on-screen historical consultant to a BBC documentary about the Geodesic Mission. He lives in Fairfax, Virginia.

Start reading Measure of the Earth on your Kindle in under a minute.

Stever
5.0 out of 5 stars Wonderful history
Reviewed in the United States on November 29, 2014
Verified Purchase
A great book, similar to to Ken Adler's 'The Measure of all Things'. The persistence of these 18th C. astronomer-surveyors to measure a small section of the Earth in the equatorial Andes is astounding. Their personalities and surveying techniques are described, and the background political and scientific context of the expedition is covered. This book goes a long way toward enabling a layperson understand what life was like in 18th C. Europe and Spanish Peru (now Ecuador). The book does not shy away from the immoral activities of colonial powers and people. Nevertheless, the quest of these Enlightenment scientists to understand the world rationally was truly ground-breaking and that philosophy underpins modern prosperity. Mr Ferreiro's book describes a wonderful slice of intellectual history that I hope will inspire young people to carry on the Enlightenment project to all parts of the modern world; it sorely needs it.
Read more
2 people found this helpful
Helpful
Comment Report abuse

Amazon Customer
5.0 out of 5 stars Mystical Ecuador's Hidden History
Reviewed in the United States on March 26, 2016
Verified Purchase
Mr. Ferreiro just became one of my favorite writers! Well done is more than enough said of this well written and intensely interesting work. Dang I'm glad he wrote this and got it out on the streets before another day passed without this most interesting story being widely known. A must read for any adventurous reader out there! Don't miss this historical treat! Kurt Hibbert, Sugar City, Idaho.
Read more
2 people found this helpful
Helpful
Comment Report abuse

Vic Ridgley
5.0 out of 5 stars The metric system may be rationally decimal, but it's no more accurate than chains and furlongs
Reviewed in the United States on January 12, 2015
Verified Purchase
An important explanation of how hard it really is to survey the figure of the Earth, and how the problems gave rise to the use of graphical statistics.
Read more
2 people found this helpful
Helpful
Comment Report abuse

Amazon Customer
5.0 out of 5 stars Excellent to Learn Some History of Science
Reviewed in the United States on July 14, 2014
Verified Purchase
Well written and gives a good account of the theory and the history of the event.
Read more
3 people found this helpful
Helpful
Comment Report abuse

Amazon Customer
5.0 out of 5 stars Five Stars
Reviewed in the United States on May 1, 2016
Verified Purchase
Is the book for understanding LACONDAMINE EXPEDITIONS in Quito SA.
Read more
2 people found this helpful
Helpful
Comment Report abuse

Wooft55
5.0 out of 5 stars The First International Scientific Expedition
Reviewed in the United States on December 11, 2012
Verified Purchase
Absolute great read of a group of amazing scientists that determine the shape of the earth. The expedition to Peru in the early 1700's provides insight into a world that most of us never new existed.
Read more
3 people found this helpful
Helpful
Comment Report abuse

Peter Metcalfe
4.0 out of 5 stars A great read.
Reviewed in the United Kingdom on November 10, 2019
Verified Purchase
Talk about a catalogue of errors. This group of scientists fell out with one another from the word go and misbehaved appaulingly in their time in and around Quito. Whether they were all self centred control freaks or just belligerent is not clear, but whatever, it made for a great read and I thoroughly recommend it to anyone with any interest in the subject. Let us not forget all the hardships they endured and the results they came up with so bravo to them. The whole thing made for a real page turner.
Read more
Report abuse

Artshed
5.0 out of 5 stars A science fact 'ripping yarn' page turner.
Reviewed in the United Kingdom on April 25, 2013
Verified Purchase
If you enjoy a scientific and factual ripping yarn this could be the book for you. The book centers on one of the key scientific questions of the 'Enlightenment' and takes the reader through the entire event sequence. The shape of the Earth was an important question and this book takes us on an exciting and informative journey from the forming of the question in the minds of Descartes and Newton to the final conclusion of the mission and even the circumstances of the deaths of the participants in old age. On a personal note; I live near Novelda and the birth place of Jorge Juan, one of the Spanish contingent. I have visited the house he was born in and seen his statue in the centre of Novelda. This book has answered many questions I had about the man himself.
If you like factual books, this is worth your consideration. I read it from cover to cover and enjoyed every page.

Amazon Customer
5.0 out of 5 stars MEASURE THE EARTH
Reviewed in France on May 21, 2016
Verified Purchase
BEST BOOK FOR SCIENCE HISTORY IN AMÉRICA
I LOVE THIS BOOK
MESURE AND ASTRONOMY IS FUNDAMENTAL IN GEODÉSICA FULL WORK

Page 1 of 1 Start overPage 1 of 1
This shopping feature will continue to load items when the Enter key is pressed. In order to navigate out of this carousel please use your heading shortcut key to navigate to the next or previous heading.
Back
Next
Pages with related products. See and discover other items: physical geography of europe