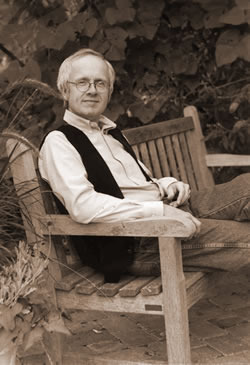 The Measure of Everything Paperback – December 1, 2005

Eric Fritzius
4.0 out of 5 stars Review of The Measure of Everything
Reviewed in the United States on August 6, 2006
The struggle between preservation and progress is a long-standing one, no matter the venue, but it can be particularly heated when it comes to land use. After all, one man's family farm is another man's future strip-mall. Often these conflicts find small groups of grassroots preservationists facing off against corporate developers and even governments in a David vs. Goliath scenario. One such fight is the subject of Princeton native Ed Davis's second novel, The Measure of Everything. (Plainview Press.)

The David of the story is 30-year-old Billy Acorn, resident of fictional Shawnee Springs, Ohio, circa 1999. ("When great grand-daddy Achor showed up at Ellis Island... well, you know the rest.") Like his Biblical counterpart, Billy is a flawed man. He's a charming mal-content with a gift for gab, though little use for a real job. Instead, Billy's world revolves around protest rallies, publicity and spin. Though he's willing to say or do nearly anything to accomplish a goal, Billy has no use for change through politics. He pictures himself a radical fighter against the system. In reality, he's a privileged manipulator always in search of a new cause, for as long as Billy has something to defend, he doesn't have to grow up.

Billy's latest crusade is saving Wood Thrush Farm--an ancient and picturesque stretch of land firmly in the sights of housing developers and beleaguered city officials. Billy and his group, Citizens to Save the Farm, hope to buy an easement on Wood Thrush, keeping it zoned only for agriculture in perpetuity. For that they need money and local support--both in short supply. To Billy, it's just another cause, (not to mention an easy source of income by pocketing donations). That is, until he meets Seth Abel, a beautiful single mom who is passionate about saving the farm. Billy is passionate about Seth, or at least hopes to be passionate with her.

Seth's appealing manner and ability to sway minds with words are useful, but Billy has less than pure motivations for recruiting her help. He's wise enough, though, to know he can't win her by charm alone and is forever strategizing ways to use the cause of the farm and even his friendship with Seth's son, Paul, to get closer to her. He genuinely cares about them, but schemes all the same because it is his nature. Despite this behavior, Billy Acorn remains a likeable rogue--one who is principled enough to feel guilt at abandoning his principles. We might cringe at his embezzlement of CitFarm funds or his outright lies during rally speeches, but his charisma somehow wins us over.

As calculating as Billy is, he can't get out of his own way--not only with Seth, but also with illegal protest activities from his past. Things soon go badly, both for Billy and for CitFarm. This is no plot spoiler, for we know from the beginning of the book that Billy's efforts will not work out as planned. We are shown events in Shawnee Springs as flashbacks, while Billy takes refuge with a favorite aunt, in Putnam County, W Va. There he finds himself drawn to a brand new cause that threatens his own family homestead. However, the ghosts of Shawnee Springs won't leave him be and with Aunt Della's help, Billy soon realizes that he's getting a bit old to keep running away from responsibility and hurting people in the process. He wonders if he find the strength to return to Ohio to face the law and perhaps redeem himself in the eyes of the many friends he has betrayed.

While it's interesting to see the strategies of a grassroots movement facing such overwhelming odds, the true heart of this book is its exploration of the relationship between people and the land. We see this realization through Billy's eyes as he struggles to define why he has come to feel so strongly about this particular cause. Beyond the desire to root for the underdog or rally against change, there's a powerful life-connection between humanity and the earth, as well as the animals we share it with, that draws people to such land disputes. In this, Davis goes a long way toward explaining the question inherent in the book's very title: What is the measure of everything?

Billy Acorn is far from the only colorful character to be found. Other standouts include Billy's Aunt Della, who holds more strength, character and wisdom than Billy suspects; his ex-girlfriend, Bonnie, who nurses a broken heart and a mean revenge streak; and Dr. Lloyd Kieron, Billy's reclusive former teacher who wields words like a sword, cutting down all in his path. Kieron is given regrettably little screen time, but remains a forceful presence throughout the book nonetheless.

As in his first novel, I Was So Much Older Then, Davis has a great turn of phrase. His prose is rich and poetic, vividly capturing the land and nature as well as the urban sprawl encroaching upon it. There are also far more twists and turns to the plot than might be expected from a book that's essentially about rescuing soil. In some ways, it could be called an agricultural thriller.

That this story is based upon real events is not important to know going into the novel, for it works well as pure fiction. Stick around for the acknowledgements page afterward, though, to learn of the ultimate fate of the farm on which Wood Thrush was based. The knowledge transfigures The Measure of Everything from a hopeful and well-written piece of fiction into a testament to the power of tenacious idealism.