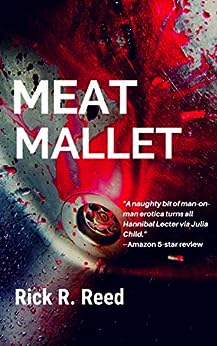 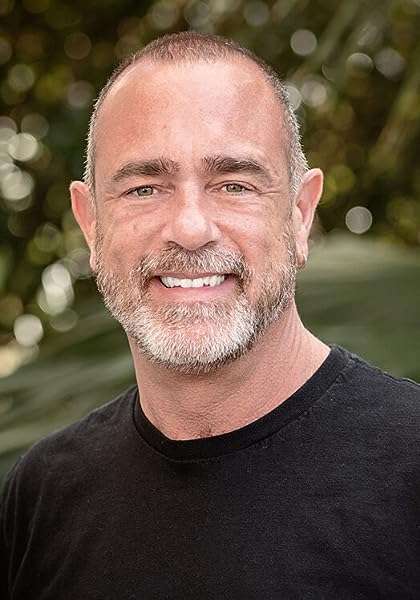 Cindi - On Top Down Under Reviews/Dark Hints Reviews
5.0 out of 5 stars Great Horror Short
Reviewed in the United States on February 29, 2016
Verified Purchase
4.5 stars, rounded up.

Those who follow my reviews anywhere know I’m a huge Rick R. Reed fan and that I discovered his work originally as a result of his horror. I’ve had to take a step back from pretty much everything lately but when I saw Rick had a new horror short out, I knew I’d be all over it. I wasn’t disappointed.

The story starts out with the main character (who isn’t named) in his kitchen tenderizing meat. As the MC says in the story – oh Lord, keep your mind out of the gutter, people! – he’s beating his meat.

I know, I snorted too, especially when he kept saying it. 😉 I actually giggled like a school girl, even knowing the story was horror and might even gross me out a little before it was over.

The chapters alternate between the main character in his kitchen and him meeting a man named Steven at a local park known for gay hookups. He’s pretty sure that maybe Steven could be the one. There have been many men in and out of his bed, but sadly, none wanted to stay longer than the sex. All he wants is someone to be with him always and to never leave him. Poor Steven doesn’t know what he’s getting into when he allows the man to take him back to his apartment.

And…. I can’t say more than that. I know, right? I finally come back after disappearing for weeks and then cut off my review when it’s starting to get good. Well, in my defense the story is only 19 pages and anything I say beyond what’s above will give the story away. Because I hate when people do that with books I haven’t read, I’ll be a good girl and stop here.

This, as always, is a great read by Rick R. Reed. I love the little bit of humor in the beginning, though the humor flies out the window pretty quick shortly thereafter. Not many authors can cover so much in only a few pages but he never fails to do just that in every short story of his I read.

If you like horror and want something quick, I highly recommend this. If you’re already a fan of the author, I have no doubt you’ll enjoy it as much as I did.

I love the cover. Really look at it again after you read the book.

CrabbyPatty
5.0 out of 5 stars Loved the darkness ....
Reviewed in the United States on April 8, 2016
Verified Purchase
Loved the darkness ..... but now I have this insatiable lust for that amazing salad he tosses together with bibb lettuce, beefsteak tomatoes, feta cheese, orange sections and a dressing of olive oil, Dijon mustard and white wine vinegar. I think I'll pass on the steak though .......
Read more
Helpful
Report abuse

Debbie
3.0 out of 5 stars Very short tale of horror.
Reviewed in the United States on October 31, 2016
Verified Purchase
Very short horror tale. Knew how the story was going to play out, but that's not necessarily a deterent. Feel like I needed more to the story, but of what I have no idea.
Read more
Helpful
Report abuse

Martin C. Mccann
5.0 out of 5 stars IlGourmet Horror
Reviewed in the United States on March 2, 2020
This is my favorite of Rick's many genres, gay horror. The narrative moves nicely between the dinner preparation and the hookup. In the opening paragraph, the protagonist expresses disdain for masturbation jokes while tendering the meat. There is a palpable sexual element to the dinner preparation in contrast to the almost mechanical nature of the hookup. Cutting seamlessly between the two, you know what is potentially happening, but hope that it won't.
When Steven gets in the jeep , and the driver expresses love versus lust, my hackles went up. It was clear then things would not end well. Not knowing the narrator's name adds a further macabre element.
In the opening, the cook says "Bam!". What appears first as a shout out to Emeril, takes a more twisted turn as the story unfolds. A quick homage to Hannibal Lecter gave me a nervous chuckle.
I know that Rick is vegan, between this story and a recent horrifying news report, I may join him!
Read more
Helpful
Report abuse

Ana
4.0 out of 5 stars Nice creepy story
Reviewed in the United States on August 17, 2019
I had a good time reading it. Is not something extremely scary, but it is as creepy as I like them.
Read more
Helpful
Report abuse

Michael C. Cain
5.0 out of 5 stars A sexy, dark, gruesome treat...
Reviewed in the United States on March 4, 2016
A naughty bit of man on man erotica turns all Hannibal Lecter via Julia Child. After a sexy one time hook up, the horny top turns murderous cannibal/chef. Not for the light of heart foodie. Dare I say, delicious?
Read more
2 people found this helpful
Helpful
Report abuse
See all reviews
Back to top
Get to Know Us
Make Money with Us
Amazon Payment Products
Let Us Help You
EnglishChoose a language for shopping. United StatesChoose a country/region for shopping.
© 1996-2021, Amazon.com, Inc. or its affiliates