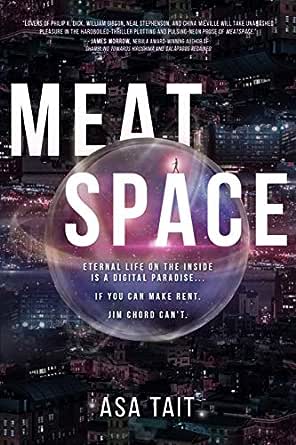 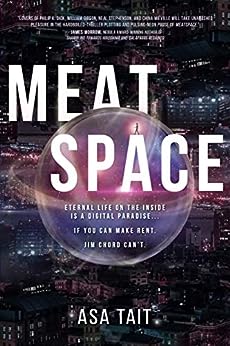 Kate
5.0 out of 5 stars You won't want to put this down!
September 17, 2019
Format: Kindle EditionVerified Purchase
Vivid storytelling in a unique setting. In a virtual world, anything is possible, including immortality - but at what cost? Interesting characters with a fast-moving plot make this a quick and enjoyable read!
Read more
Helpful
Comment Report abuse

Glen Lakin
5.0 out of 5 stars A future that feels both horrifying and inevitable
September 18, 2019
Format: PaperbackVerified Purchase
This almost-future would be too depressing to keep entering if the author didn't weave a tale tight enough to ensnare me page after page. Check out this book before it becomes a real life news story.
Read more
Helpful
Comment Report abuse

Gordon A. Long
4.0 out of 5 stars Over-visualized Surrealism
December 30, 2019
Format: Paperback
If it were possible to put a label on this novel, I think it would be Surrealistic Fantasy. It takes place in a world so uncertain that the buildings are constantly moving. It is a book about visuals: the beautiful, the grotesque, the gory, the wonderful.

It’s also a mystery. Hard to say whether it’s a murder mystery, because in the unreal and shifting world of this dysfunctional future nothing seems to be permanent: not even death.

The problem with this setup is that the conflict is so nebulous and the setting so shifty that the reader can’t really settle on what to be tense about. Next thing, the author changes the rules and we’re off in another direction. In the end, unfortunately, the author has to tell us what’s going on, because we can’t figure it out for ourselves. This, combined with the endless description of the setting, fills the book with huge amounts of detail peripheral to the plotline, which moves very slowly for the first two-thirds of the novel.

However, once all the explaining is over and the complicated conflict is whittled down to character vs. character, the final action scenes are tense and compelling.

A novel that cries out to be released in a more visual medium.