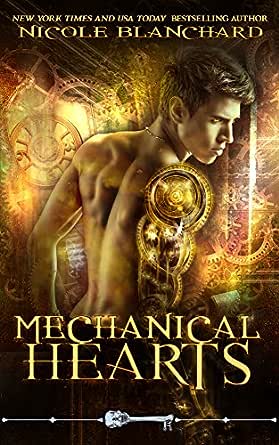 You've subscribed to Skeleton Key! We will preorder your items within 24 hours of when they become available. When new books are released, we'll charge your default payment method for the lowest price available during the pre-order period.
Update your device or payment method, cancel individual pre-orders or your subscription at
Your Memberships & Subscriptions
There was an error. We were unable to process your subscription due to an error. Please refresh and try again. 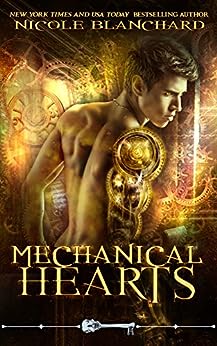 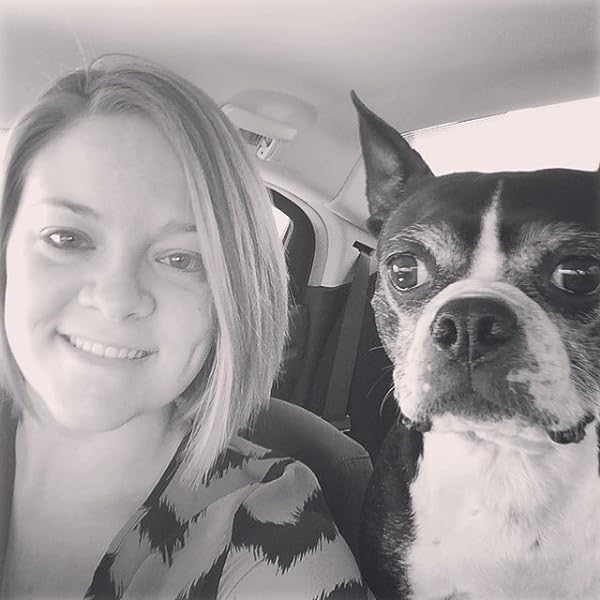 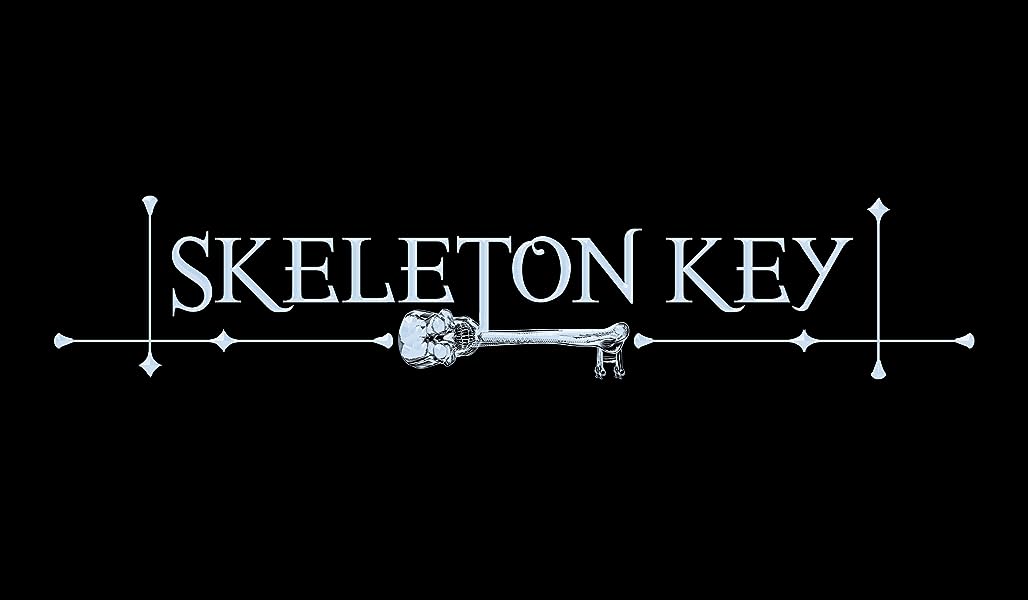 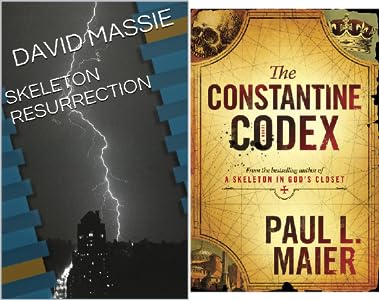 4.0 out of 5 stars
4 out of 5
183 customer ratings
How does Amazon calculate star ratings?
Amazon calculates a product’s star ratings based on a machine learned model instead of a raw data average. The model takes into account factors including the age of a rating, whether the ratings are from verified purchasers, and factors that establish reviewer trustworthiness.
Top Reviews

This is a short and sweet read. It is a standalone and part of the Skeleton Key series. Each book is a completely different story.

Imagine, one day you're living your normal (crappy) life, looking forward to going to med school, trying to figure out a way to get away from your aunt and then, bam! you're sucked into this alternate world you didn't know existed. Then, you are waiting to get back to your normal, crappy life. Well, that's what happened to Caroline. One day, thanks to a special skeleton key, she is transported to a whole new, mysterious world that she had no clue was out there. Pretty soon she is sucked into the lives of the people at Port Arliss and trying to figure out how to return to her normal realm. Along the way, she meets a dashing, yet, rude captain Ezra Castle who wants nothing to do with her. But, he's the only person who is somewhat familiar in this new world and can help her figure out how to return to her old life and young cousin, Phoebe, that she left behind. How does the story end, you ask? Well, read it to find out. It is light and entertaining.

There isn't a whole lot of world or character building as this is a short novel. However, I enjoyed the steampunk elements to this story. There is a somewhat twist at the end that was interesting.
Read more
Helpful
Comment Report abuse

Kindle Customer
5.0 out of 5 stars Very good read
Reviewed in the United States on June 22, 2016
Verified Purchase
I wasn't sure about this at first. But it was very good and very well written. Romantic suspense with a little Jules Verne thrown in.
Read more
Helpful
Comment Report abuse

Black Feather Blogger
4.0 out of 5 stars I loved the world that the story revolves around
Reviewed in the United States on June 16, 2016
Verified Purchase
I received a copy of Mechanical Hearts in return for an honest review. I grew up with the saying home is where the heart is and found this novella to be the embodiment of that saying. I loved the world that the story revolves around, it's unusual and fascinating. Then we have our main characters, a hero and heroine, that come from two very different worlds and form a love that spans their differences and creates a bond that is so strong you can feel it with each page you turn. There are twists, turns, betrayal and danger. Then you have strength, hope, love and a home for two very special hearts. A shorter read than what I usually like, Mechanical Hearts was not rushed in the way some can be. Nor is it lacking, in fact Nicole's writing is so creative, she adds just the right touch to draw you in and keep you on tender hooks as each page turns. I can't wait to read more from Nicole as this is the first of hers I have read and I hope others enjoy this one as much as I have.
Read more
One person found this helpful
Helpful
Comment Report abuse

Chris Shattuck-Weill
3.0 out of 5 stars Caroline and Ezra
Reviewed in the United States on June 16, 2016
Verified Purchase
I received an ARC for a honest review. First off I have to say that this is not a genre that I like. That being said, this is a well written story. Someone wrote that it didn't say how she ended up in the world that this story exists in. She used the crystal skeleton key. This is a Skeleton Key story. This is a very imaginative book with good world building and interesting characters. Again, just not my cup of tea.
Read more
Helpful
Comment Report abuse

Kathleen Rivest
4.0 out of 5 stars Life and love are on the line and time is running out
Reviewed in the United States on July 18, 2016
Title: Mechanical Hearts
Author: Nicole Blanchard
Series: Skeleton Key series, Book 1
Reviewer: Kathleen
Genre(s): Fantasy Romance
Page Count:109 pages
Heat Level: 3 flames out of 5
Rating: 4 stars out of 5
Blurb:
Caroline Abernathy has lost her mind. Perhaps it was the bump on the head she took when she nearly drowned in the ocean or maybe the stress of grad school has finally proven to be too much. Whatever the cause, she finds herself alone in a strange underwater world and at the mercy of a ruthless pirate.

Everyone has a price, at least according to the Pirate Prince, Ezra Castle. In order to purchase the fare needed to bring her home, Caroline agrees to spend the remainder of the voyage on his ship, helping him locate the priceless artifact she cost him.

What starts as a simple journey turns deadly when their ship is attacked by a band of assassins. Stranded, wounded, and without transportation, Caroline and Ezra will have to rely on each other to make it back alive.

Life and love are on the line and time is running out. Tick Tock.

Review:
From a first read where military romance was prevalent to a novella that takes you on a voyage on a ship with the help of a skeleton key, I can honestly say that Nicole Blanchard has managed to thoroughly surprise me. Mechanical Hearts is the fantasy novel I haven't read in too many months and found it refreshing, a new romance adventure that was a long time coming. Caroline had it all planned out - finish college grad, get a job to save enough money to pay for her university and enroll in medical school. Only, the last thing she ever expected was to find herself in an underwater world accompanied by the Pirate Price Ezra when she find a skeleton key. The more time they spend together, the more they realize that an attraction exists between one another. Caroline needs to figure out if she should go back to her 'regular' life or the new life where a prince is trying to prove that he can be the man that she needs him to be and that him family refuses to acknowledge.
It's been such a long time since I've taken the time and truly enjoyed a fantasy romance genre novel and when I opened the first pages of Mechanical Hearts, I was intrigued by the characters and their individual personalities, and how they overcame the many obstacles that were thrown their way only to become stronger together as a couple. The chemistry and the attraction (or the heat) is still identifiable - I could see it, feel it and wanted to read more about it. My only complaint is the fact that it was a novella and I had hoped there would be more, but I was still impressed with what I had read everything I could have hoped for in any book was present: angst, drama, action, romance and even some fantasy. It packed quite the punch and I can't wait to read the next book of the series.

Review Copy of Mechanical Hearts provided by the Author, Nicole Blanchard for an honest Review.
Reviewed by Kathleen from Alpha Book Club
Read more
One person found this helpful
Helpful
Comment Report abuse
See all reviews from the United States