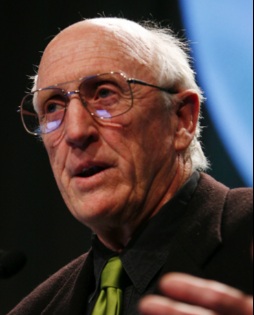 by Stewart Brand (Author)
4.7 out of 5 stars 11 ratings
See all formats and editions
Sorry, there was a problem loading this page. Try again.
Read more Read less
Previous page
Next page

The creator-editor of the Whole Earth Catalog offers a close-up view of what research scientists at MIT's Media Lab are dreaming up for the coming century. "This is visionary material," declared PW , "demanding reading even for those knowledgeable about the communications revolution." Photos.
Copyright 1988 Reed Business Information, Inc.
Tell the Publisher!
I'd like to read this book on Kindle

Amazon Customer
4.0 out of 5 stars Future past?
Reviewed in the United States on February 1, 2001
Verified Purchase
This book was given to me as a gift when I learned that I was admitted to MIT in 1988. Over the years (and more so recently), I often see things that are the end result of the research done during the '80s at the Media Lab and documented in this book. Lego Mindstorms, custom Portals and personalized Internet, virtual reality games, this was all developed, envisioned, conceptualized, or influenced by Media Lab research.
After reading it, I lost it somewhere along the way. I came here to see if I could find a copy to re-read it and check my memory. It really should be an interesting read after all these years for anyone interested in the process and history of science.
Read more
6 people found this helpful
Helpful
Report abuse

Robert Pratte
4.0 out of 5 stars A worthwhile addition to the history of computing
Reviewed in the United States on March 29, 2006
As many reviewers have already noted, this book is a bit of a mixed bag. While the specific technologies and predictions seem a bit dated, Brand's insightful analysis and excellent presentation make this an enjoyable and informative read.

There is one characteristic of this text that doesn't appear to be mentioned by other reviewers, however, and that is its "time capsule" aspect. That is, Brand does a pretty good job of transporting the reader "back" to the mid-late 80s, when the book was written. Not only are the technologies indicators of the time, but the socio-political landscape as well (at least as far as I remember it). I think that, for today's reader, Brand's excellent explorations of the impact of Reaganomics, Japan's usurping of American manufacturing, the globalizing impact of technology, etc. provide tremendous value.

I think that it is a somewhat rare thing for an author to so wholly encapsulate a time such that the later reader can access the notions and movements of an age so effectively. Brand provides such a rare glimpse in this work - a time portal back to the mid-80s, if you will. As a chapter in the history of computing, I think that most will agree that this work is a worthwhile addition. I suspect that most readers will also find this an interesting trip back to an earlier time.
Read more
9 people found this helpful
Helpful
Report abuse

Amazon Customer
TOP 500 REVIEWERVINE VOICE
3.0 out of 5 stars Mixed Bag
Reviewed in the United States on October 31, 2004
In 1986, Brand made an extended visit to the Media Lab at MIT to get an idea of what the future might hold. While there, he saw working prototypes of new communications technologies and the issues they raise, including personalized newspapers and video news, fast personal connections to the Internet using ISDN, HDTV and globalization. The book is organized into two parts: The World of the Media Lab, in which Brand describes the main projects underway at the Media Lab while he was there, and Life in Parallel, in which he relates some of the projects to overarching issues that may become prominent in the future (keeping in mind he was writing in the 1980s). Interspersed in the text are black-and-white photos of some of the key players at the Media Lab in 1986. There is also a section of color images from some of the Lab projects. At the end of the book are found a short bibliography and an index.

Brand's material is almost twenty years old now. The sections in which he discussed the historical development of the Media Lab or its projects remain relevant for today's readers. But unfortunately, a great deal of the book was an attempt to look into the future; hence it became outdated as prediction almost as soon as it was written. What's quite interesting today, however, is to see that almost every project that Brand predicts will have some chance of success has actually become commonplace today. For prediction, that's an incredible track record. Did Brand achieve this by sticking only to cutting edge technologies, those that were just on the very edge of leaving the lab for the real world? Were there other projects at the time that Brand didn't choose to write about here because they were obviously going nowhere? It would be a an interesting project to look back to see the actual status of these projects at the time.

I picked up this book because I was interested in learning more about the culture of the Media Lab. In my own years at MIT, the Lab certainly had a reputation for the uniqueness of its faculty and for attracting students who were highly original as well as capable. It was hard to learn more about the Lab, however, unless you were a part of it. This book, with its emphasis on predicting future technologies, didn't real satisfy my curiosity about the Media Lab. The book contains a few interviews with leading figures in the lab such as Andy Lippman and Danny Hills. But the interviews don't quite succeed at conveying the personalities of these people along with their viewpoints. Instead, they seem to add to the feeling that this book is a personal record of the variety of experiences Brand encountered during his visit.
Read more
5 people found this helpful
Helpful
Report abuse

Dr. W. G. Covington, Jr.
4.0 out of 5 stars Descriptive
Reviewed in the United States on December 1, 2003
Even though this book is somewhat dated now, it still has a purpose in that it provides a look at what one innovative facility was like at the time. For example, an opening observation made by the founder and director of the MIT lab, Nicolas Negroponte still applies, i.e., that all communications media and technologies are poised for redefinition. In terms of innovation, Brand writes "Once a technology rolls over you, if you're not part of the steamroller, you're part of the road."
We're told that Negroponte views all communication technologies as a single subject and the process itself as a craft. He divides advertising into two categories, "advertising as noise" and "advertising as news."
This book goes to show that while the delivery systems are always changing, content is significant. Some of the technologies which were relatively new at the time this book came out are commonplace now. The philosophical insights Brand makes are worth consideration at any time. As a result this book is still pertinent.
Read more
5 people found this helpful
Helpful
Report abuse

Matthew M. Liggett
3.0 out of 5 stars History provides insight, but specific projects are dated.
Reviewed in the United States on June 28, 2000
If you've always wondered what the hoopla over the Media Lab was all about, this book can help fill in the blanks. It covers the basics about the founding of the lab and provides a little biographical background on people like Negroponte and Minsky.
However, a large portion of the book is spent describing specific projects, many of which are obviously a little out of date. Don't get the wrong idea, though. These projects were obviously very exciting when new. Further, some of the projects still seem so far out that I would not be surprised to see them announced as new research in 2000!
All in all, recommended. But perhaps you're better off skimming a copy from your local library than buying this one. That's why 3 stars instead of 4.
Read more
6 people found this helpful
Helpful
Report abuse
See all reviews

Jeremy Walton
5.0 out of 5 stars Days of future passed
Reviewed in the United Kingdom on May 25, 2021
Verified Purchase
I picked this up after re-reading Nicholas Negroponte's "Being Digital" late last year. Negroponte was founder of The Media Lab at MIT, and this book (first published in 1987) is a survey of the work and ideas of that institution at (what could perhaps be thought of as) the dawn of the digital age: when the Internet was still an academic tool, before the WWW made it accessible to all; when cassettes were being replaced by CDs, before music completely lost its physical manifestation and turned into something that could be pulled out of the air; when film studios were embracing videocassettes as a distribution medium, before the switch from atoms to bits.

In spite of the vast (in techonological reckoning) period of time since its publication, this is still a fascinating read, since much of the work that the Lab was doing at the time in computing and communications has come to fruition in our everyday life. To pick one example, a section on the benefits of CD-ROM suggests that it's ideally suited for "those specialized multivolume reference works and subscription services that are so expensive, so bulky and often so complexly indexed that wrestling it into the headquarters library is worthy of mention in the annual report" [p23].

A second section attempts to tease out the implications of technology developments for our society - for example, something which is introduced here as the information economy. There are fascinating early attempts to draw distinctions between - for example - selling a physical object (after which you have it and I don't) and selling information (after which we both have it).

Despite its age, this is still worth reading, if only as a reminder of how far we've come, and what the future looked like it could turn out to be back then.
Read more
Report abuse

pdel
5.0 out of 5 stars What's important to know ? Everything in this book
Reviewed in the United Kingdom on March 2, 2020
Verified Purchase
In the age of fake news, Facebook, digital media and everything that seems to be a constant in the news cycle today it seems extraordinary that this book was written before the internet ever entered all our lives but it was - and 33 years later almost every page will have you gasping at the prescience of both the author and his interviewees. If you haven't before - you should read it now.
Read more
Report abuse