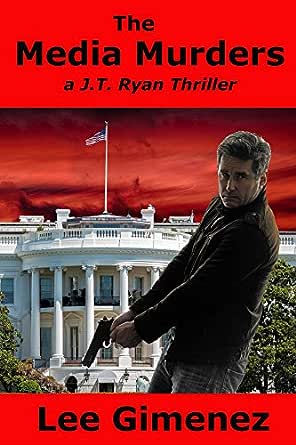 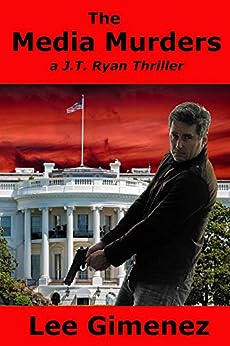 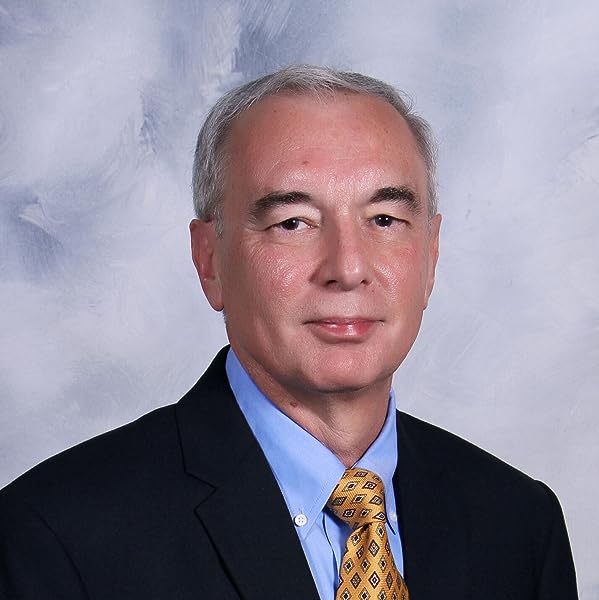 Reviews for THE MEDIA MURDERS:

Lee Gimenez is the award-winning author of 14 novels, including his highly-acclaimed J.T. Ryan series. His latest mystery thriller is FIREBALL. Many of his books were Featured Novels of the International Thriller Writers Association, among them FBI CODE RED, The MEDIA MURDERS, SKYFLASH, KILLING WEST, and The WASHINGTON ULTIMATUM. Lee is a multi-year nominee for the Georgia Author of the Year Award, and was a Finalist in the prestigious Terry Kay Prize for Fiction. All of his books are available in paperback and e-book versions in the U.S. and Internationally. Lee served as an officer in the U.S. Army and during his business management career worked for three Fortune 500 companies. He is a graduate of Georgia Tech University and later received his MBA. Please join him on Twitter, where he has over 70,000 followers. Also join him on Facebook, Goodreads, and LinkedIn. For more information about him, please visit his website at LeeGimenez.com.

4.8 out of 5 stars
4.8 out of 5
33 customer ratings
How does Amazon calculate star ratings?
Amazon calculates a product’s star ratings based on a machine learned model instead of a raw data average. The model takes into account factors including the age of a rating, whether the ratings are from verified purchasers, and factors that establish reviewer trustworthiness.

Debra Brown
5.0 out of 5 stars A Page Turner!
Reviewed in the United States on October 3, 2019
Verified Purchase
The Media Murders by Lee Gimenez is SO good. It sucked me right in on the first page at the end of a busy day when I was beyond tired. Even so, I couldn't stop reading! It is a must-read if you like thrillers, mysteries, and well-written books. I love the realistic working relationship and dynamic between the "not by the books "cowboy" private investigator JT Ryan and the want to get the job done FBI ADIC Erin Welch. It was everything I love about the thriller genre -- exciting, fast-paced, action-packed with an intriguing mystery skillfully woven through until the last page. Just who is killing all these journalists? Is it a conspiracy? Who is behind it and why? I also liked the subplot which revealed the delicate balance of trying to balance work with a life and even romance. The entire story just seemed very real. So. Very. Real. Well done, Lee Gimenez! I plan to read all of the books in the series. So glad I found this JT Ryan thriller series.
Read more
Helpful
Comment Report abuse

SHEILA R BEITLER
5.0 out of 5 stars The Media Murders
Reviewed in the United States on May 31, 2018
Verified Purchase
Erin Welch, ADIC for the FBI field office in Atlanta, gets a phone call from an old friend, a reporter. He insists he has news for Erin about mysterious deaths of reporters all chasing the same explosive story. He's afraid he's next. He was right. Erin takes her suspicions to her boss about it and finds out she can't pursue the case per orders from even higher than her boss. Erin, bothered by her lock out of the case, calls on J.T. Ryan, a free lance PI that Erin has worked with, and trusts, to give her a hand. Wrong move. Soon, as usual, Ryan and Welch find they're in over their heads and are repeatedly warned to stay away. But that's a challenge that Ryan has never backed down from. Gimenez once again takes us to a story that truly could be "ripped from the headlines" with twists, turns and an explosive finish.
Read more
Helpful
Comment Report abuse

Mike A. Chinea
5.0 out of 5 stars Makes you want to dig into war correspondent Jacky Sutton’s ‘suicide’ and others.
Reviewed in the United States on September 7, 2016
Verified Purchase
Not the same but then again. This fast paced thriller gets close to home in more than one instance.
FBI agent Erin Welch has her hands full this time when she starts to poke around mysterious deaths and suicides of reporters after her longtime friend allegedly commits suicide. It looks like she’s not getting anywhere when the stuff hits the fan and everything turns nasty.
Can’t trust anyone when the media is control by a handful who want their way and only their way. Sounds familiar?
The true dynamic duo of Agent Erin Welch and her cohort J.T. Ryan take you on a white-knuckle rollercoaster ride around the world you won’t forget. This is my favorite in the series but I said the same about the last too. Pick it up and I dare you to put it down.
Read more
One person found this helpful
Helpful
Comment Report abuse

Jackie Kingon
5.0 out of 5 stars A Page Turners Thought Provoking Read
Reviewed in the United States on August 7, 2017
Verified Purchase
If you’re looking for a fast paced up to the minute and almost believable thriller read Lee Gimenez’s The Media Murders. It stars a trio of heroes/heroines: main character Private Investigator, J. T Ryan, Erin Welch who heads the FBI Atlanta office and beautiful detective Rachael West who work the case concerning the mysterious deaths and suicides of reporters. Filled with conspiracy and espionage and just enough sex and violence to make this a page turners thought provoking read.
I write funny science fiction mysteries, (Sherlock Mars and chocolate Chocolate Moons) and this is a mystery at the other extreme that I enjoyed. It was also my first Lee Gimenez book. It won't be a last.
Read more

R. White
4.0 out of 5 stars Can the media be scared into compliance?
Reviewed in the United States on August 16, 2016
Verified Purchase
In this installment of J T Ryan PI, Ryan must find out who is killing media reporters? Erin Welch, FBI Assistant Director of the Atlanta Field Office, sends Ryan on an assignment she suspects may involve murders of media reporters, but she has no proof the deaths are, indeed, murder. The story explodes into an international search for an elusive power hungry billionaire. The twists and turns lead you to dead ends, then catapult you into mind blowing deception and brutality! If you like intense, edge of your seat, thrillers, this is for You!
Read more
One person found this helpful
Helpful
Comment Report abuse
See all reviews from the United States

Amazon Customer
4.0 out of 5 stars Well worth a read.
Reviewed in the United Kingdom on March 26, 2017
Verified Purchase
The story picks up pace quite fast and the characters have depth. The subject matter itself is fresh and exciting and the writer describes things well. The relationship problems the lead character has, got in the way of the story a little and it's clear he loves his partner, as he says it a lot. Some repetitive phases and words, but overall, an interesting read.
Read more
Helpful
Sending feedback...
Thank you for your feedback.
Sorry, we failed to record your vote. Please try again
Report abuse