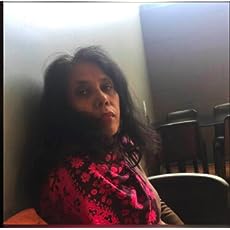 Mehreen Ahmed is widely published and critically acclaimed by Midwest Book Review,DD Magazine,The Wild Atlantic Book Club to name a few. Her short stories are a winner in The Waterloo Short Story Competition, Shortlisted in Cogito Literary Journal Contest, a Finalist in the Fourth Adelaide Literary Award Contest, winner in The Cabinet of Heed stream-of-consciousness challenge. Her works are three-time nominated for The Best of the Net Awards,nominated for the Pushcart Prize Award,two-time nominated for Aurealis Awards. Her book is an announced Drunken Druid's Editor's Choice.

Awards
Dolly was one of the winners in The Waterloo Festival Writing Competition,2020
Rain and Coffee was shortlisted in Cogito Literary Journal contest,2020
Black Mirror won The Cabinet of Heed Stream-Of-Consciousness Challenge,2020
Bats DownUnder was voted in The Best of Cafelit 8 Anthology,2019
The Pacifist was announced, Drunken Druid Editor's Choice,June 2018
Jacaranda Blues was listed as one of the top ten Best of Novels by The Novel Writing Festival,2017
The Flower Girl was a finalist in the Fourth Adelaide Literary Award Contest,2020.
The Blue, Red Lyrae: Offing (FSSN) &The Cheshire Grins (SFSSN/FSSN) received Aurealis Award Nominations for FSSN and SFSSN/FSSN, 2020 by PaperDjinn Press
Ylem received Pushcart Nomination, XLVI,2020/21 by PaperDjinn Press
The Interlude received Best of the Net Nomination by Literati Magazine,2020
Elysium received Best of the Net Anthology Nomination,2020 by Flash Fiction North
Ylem received Best of the Net Anthology Nomination,2020 by Portland Metrozine
7th Sky received Ditmar Awards Nomination for Best Short Story by Spillwords Press,2019
Emotions Recollected In Tranquility was nominated for the month of April/ May 2018 by Spillwords Press
Author Shout Reader Ready Awards, Silver and Bronze, 2019 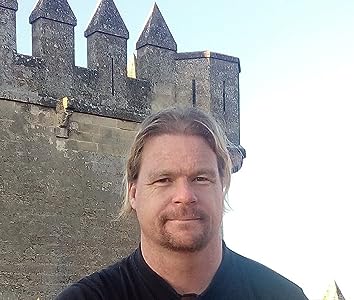 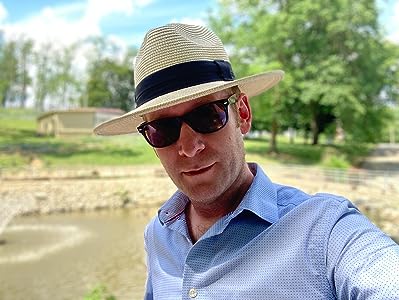 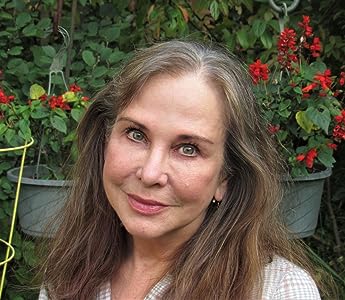 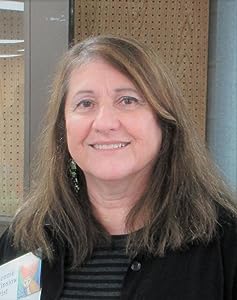 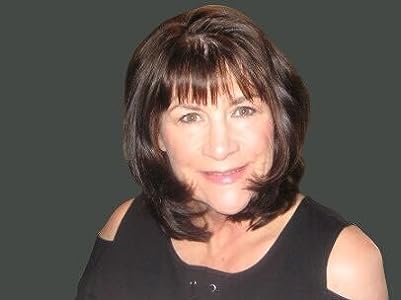 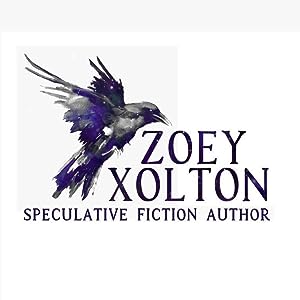 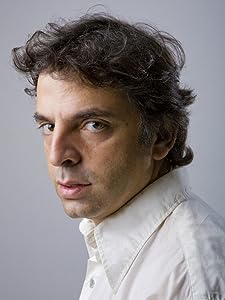 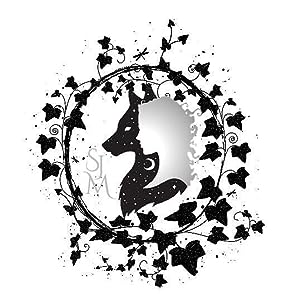 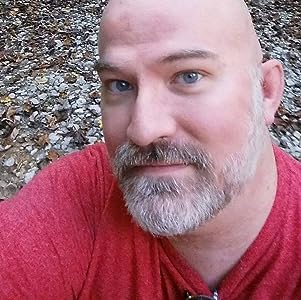 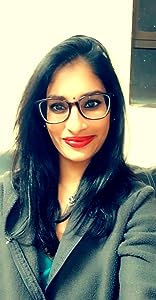 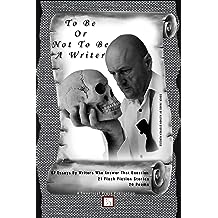 To Be or Not To Be a Writer Jan 27, 2021
by Steve Carr/Sweetycat Press, Kerri Jesmer
( 11 )
$4.99
67 present-day published authors answer the question: To Be Or Not To Be A Writer? Their essays about their personal experiences as writers and authors include: What did you think being a writer would be like when you began and how has it actually turned out to be like so far? What are your personal tales of joys, triumphs or successes, or pitfalls, upsets or failures, as a writer? Who/what/where were your writing muses or influences. If they have changed over time, how so? Do you have a literary role model, who is it, and why them? What advice do you have for any beginning writer? Did you learn this yourself first-hand or from another source?
Read more
Other Formats: Paperback 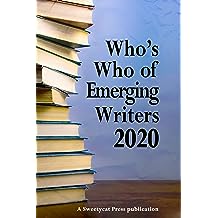 Who's Who of Emerging Writers 2020: A Sweetycat Press Publication Jun 12, 2020
by Sweetycat Press, Steve Carr
( 25 )
$3.99
WHO are the 116 emerging writers in this Who's Who? WHAT have they written? WHERE do they live? WHEN did they start writing? WHY do they write? HOW can you find out more about them?
Read more
Other Formats: Paperback 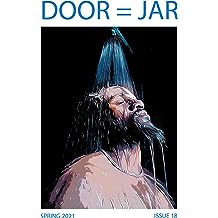 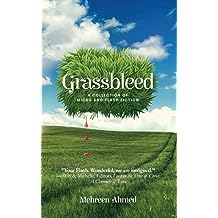 Grassbleed Mar 31, 2021
by Mehreen Ahmed
( 2 )
$3.99
Best of the Net and Pushcart Prize nominations.GRASSBLEED is a collection of micro and flash fiction from the internationally acclaimed award-winning Mehreen Ahmed. Beautifully written with such consistency and flair, the stories in this collection paint imageries of idyll and distress while enlivening human emotions with a burst of romantic charm.
Read more
Other Formats: Paperback 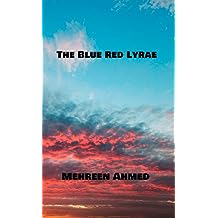 The Blue, Red Lyrae Nov 15, 2020
by Mehreen Ahmed
( 4 )
$3.99
The Blue, Red Lyrae is a twin novella book, Offing and The Cheshire Grins. They have both been written in a stream-of-consciousness style. Either way both stories are tied like the constellations of the lyre of the deep skies. Hence, the title The Blue, Red Lyrae, meaning the colours of two of five main constellations. Blue is indicative of hot and red, indicative of cold, an existential allusion to life, dancing at the cosmic tune of a symbolic harp that Lyra stands for.
Read more
Other Formats: Paperback 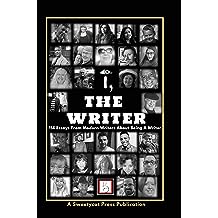 I, The Writer Nov 1, 2020
by Steve Carr, Sweetycat Press
( 41 )
$4.99
114 essays by modern-day authors fiction and non-fiction writers, poets, song writers, playwrights and journalists from across the globe write about the intertwining of their personal lives with their journeys in the literary arts. In this volume authors provide keen insights into the early influences and experiences that transformed them into writers and what keeps them writing, in some cases while in dire situations or facing life crises. Every one of them are published, some on the cusp of fame, every one of them is able to proudly title their essay. “I, The Writer.”
Read more
Other Formats: Paperback 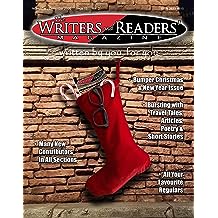 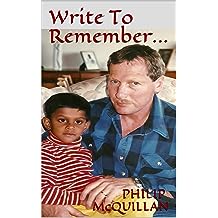 Write To Remember... Jan 24, 2014
by PHILIP McQUILLAN, Jane L Franklin, Liza D Wolfe, Mehreen Ahmed
( 39 )
$0.99
This is an OPEN, perma-free book written to honor the memory of precious loved ones. Writing a tribute is an act of gratitude and a priceless gift to future generations. If you have ever wanted to write something to celebrate the life of a favorite relative or in honor of your personal hero, now is the time to do it. Submit your 4,000-10,000 word tribute/memoir; if it's good I'll add it as a Chapter and re-publish at no cost. Find me on social media (Phil McQuillan or @mcquillan_phil).
The first story in this collection covers almost forty years of the colorful home life of my father Philip — his favorite hobbies, the foibles and mini-obsessions that made him such a memorable character. Philip’s little recipes, his night job as a radio announcer, his board game "crimes" and his love for horse racing, golf and gardening all combine to paint the richly detailed portrait of a man we cannot help but grow to love. The stories/tributes that follow by Jane Franklin and Liza D Wolfe are equally entertaining, very personal glimpses into the life and times of their beloved parents.
Read more 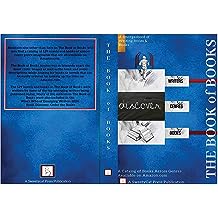 THE BOOK OF BOOKS Aug 13, 2020
by Sweetycat Press Steve Carr
( 12 )
$4.99
A catalog of 129 books and novels of almost every genre written by some of the best emerging writers on the worldwide writing scene today. All available on Amazon.com.
Read more
Other Formats: Paperback 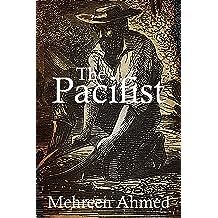 The Pacifist May 11, 2017
by Mehreen Ahmed
( 28 )
$3.99
In 1866, Peter Baxter's misfortune ends the day he leaves Badgerys Creek orphanage. Unsure of what to do next, Peter finds himself on a farm run by Mr. Brown. An aging man, Brown needs help and is happy to give Peter a place to live in exchange for his labor. Unbeknownst to Peter, Brown's past is riddled with dark secrets tied to the same orphanage, which he has documented in a red folder.

During a chance encounter, Peter meets Rose. Peter cannot help but fall in love with her beauty, grace, and wit; however, he fears that his affection will go unrequited as a result of his crippling poverty. But fate changes when Peter joins the search for gold in Hill End, New South Wales. Striking it rich, he returns to Rose a wealthy man. Peter is changed by his new found affluence, heading towards the mire of greed. Will Rose regret her relationship with Peter?

Meanwhile, Rose has her own troubled history. One that is deeply entwined with Brown's past and Peter's future.
Read more
Other Formats: Audible Audiobook , Hardcover , Paperback 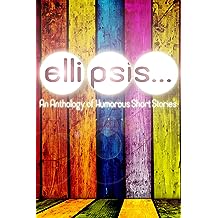 Ellipsis: An Anthology of Humorous Short Stories Aug 29, 2016
by Dylan Callens, Joseph Ferguson, Lisa Shiroff, G. H. Neale, Mileva Anastasiadou, Mehreen Ahmed, Elaine Smith, Brena Mercer, Don Ake, Shoshanah Lee Marohn, Hákon Gunnarsson
( 2 )
$2.99
Do you need a laugh? Hey, we all do! This collection will take you from reality to fantasy, from cute to profane, and from grins to guffaws. These seventeen original stories are packed with sarcasm, satire, and wickedness, and are so completely tongue in cheek there’s no way you can avoid a smile.

Authors hailing from faraway places on either side of the Atlantic Ocean, in big cities and out in the countryside, offer their insights into what we call humor. Comedy is hard work. Humor is so often experienced in a particular situation and is often impossible to reproduce. Writing funny stories must come from conditions which allow the writer to laugh at himself. If we could remember all the funny things that happen during a day (or night), we would laugh a whole lot more.

This anthology was collected with giving in mind. All comedians live to be laughed at. Giving your laughter nourishes their souls. And all the money received from sales of Ellipsis will go to charity.

Humor and humanity—after all, that’s what life’s all about.
Read more
Other Formats: Paperback 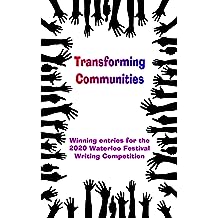 Transforming Communities Jun 7, 2020
by Multiple Authors, Debz Hobbs-Wyatt, Gill James
$2.99
Transforming Communities is the theme of the 2020 Waterloo Festival Writing Competition. It is also the title of the e-book that contains the winning entries. We chose these because they tell a good story, have a strong voice, and are imaginative in their interpretation of the theme. The writers present us with characters that are believable and rounded. The stories all contain a pleasing narrative balance.

Entrants were asked to produce a short story or a monologue in 1,000 words or fewer. Less is certainly more here. Style is diverse and each story is completely different from the others.

This delightful English language anthology of literary fiction comes to you for under £2.50.
Read more