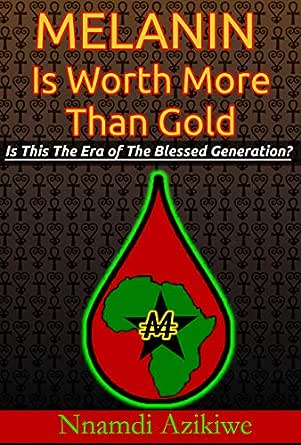 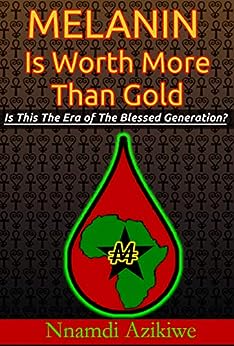 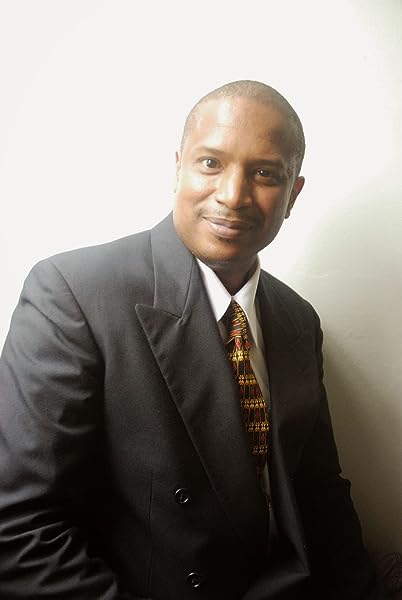 Melanin Is Worth More Than Gold: Is This The Era Of The Blessed Generation? Kindle Edition

This book was written because people I refer to as "Melanin Deniers" launched a Melanin Twitter Bomb aimed at African-American women and people of African ancestry in March 2017. I realized most people had no idea what melanin is. If they did, no one would waste time claiming D.C. girls were missing because of mythical melanin thieves. There is no such thing as "melanin injections." Melanin in the skin has nothing to do with the pineal gland. Melanin is not being sold on the stock market.

Despite all that, today, melanin is worth over $445 a gram. At that rate melanin is worth $395 a gram more than gold. Six years ago, in 2014, while preparing for a sacred libation ceremony in Philadelphia honoring African-American women who were lynched in America, the words which led to this book materialized in my head. Shortly after that I learned melanin was worth $353 a gram. That was exactly $300 a gram more than gold at the time.

Now we see we are living in a new era. Melanin is worth more than gold. The Red, Black and Green flag is rapidly approaching its 100th anniversary. The Afro, official currency of the United States of Africa is worth over $2.

Nnamdi Azikiwe is the author of "Emancipated From Mental Slavery:Selected Sayings of Marcus Garvey," "Melanin Is Worth More Than Gold: Is This The Era Of The Blessed Generation?" and the upcoming "Waving This Flag Of Mine: The First 100 Years of Red, Black and Green."

Unlike his namesake, Zik of Africa, he was born in Washington, D.C. Terms used to describe him include tall, nna (daddy,) brother, systems analyst,"Producer"Personified," editor, researcher, writer, and arrogant.

Azikiwe lived his early years in D.C. before relocating to Chicago, Kansas City, and Concord, North Carolina ultimately returning to the city of his birth. A graduate of the University of the District of Columbia, he has spent various amounts of time in Haiti, Mexico, Canada, the Bahamas, Ethiopia, Italy, Nigeria, Benin, Togo, South Africa and England.

He formed the Mhotep Corporation in 2003 as part of transition from information technology of the digital kind into animated motion picture production. Since then the company has expanded its offerings to include games, books, and t-shirts in addition to its online home,Keyamsha.com.

The Mhotep Corporation uses its Keyamsha The Awakening brand as a means to heighten perceptions and expand awareness. By producing content to "engage, entertain and educate" the company creates value for value relationships with its audience for mutual benefit. The name Mhotep is derived from Imhotep, architect and builder of the first pyramid in Sakkara, Kemet (so-called ancient Egypt) who was also Vizier for Pharoah Djoser. --This text refers to the paperback edition.

4.9 out of 5 stars
4.9 out of 5
15 global ratings
How are ratings calculated?
To calculate the overall star rating and percentage breakdown by star, we don’t use a simple average. Instead, our system considers things like how recent a review is and if the reviewer bought the item on Amazon. It also analyzes reviews to verify trustworthiness.

Arnold pawndbem ouedraogo
5.0 out of 5 stars Great book for the 3 rd eye
Reviewed in the United States on November 6, 2020
Verified Purchase
Great!haven’t read it yet but came perfect
Read more

5.0 out of 5 stars Great book for the 3 rd eye
By Arnold pawndbem ouedraogo on November 6, 2020
Great!haven’t read it yet but came perfect
Images in this review