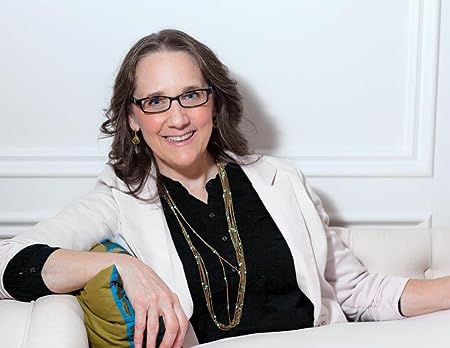 Melinda Viergever Inman writes with passion, illustrating God's love for wounded people as he makes beauty from ashes. Melinda's fiction illustrates our human story, wrestling with our brokenness and the storms that wreak havoc in our lives. To read Melinda's weekly inspirational blog posts, click the Author Updates to your right. To find out more, go to https://melindainman.com. 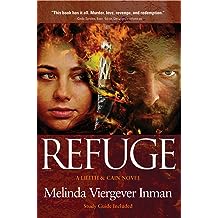 Intent on total destruction, Satan notices Cain’s obsessive lust for Lilith and the dark roots of jealousy growing deep in his soul toward his do-gooding brother Abel. Satan goads him to the point of madness, barraging his mind with thoughts of hatred, lust, and futility. In a blinding rage, Cain wrecks everything. 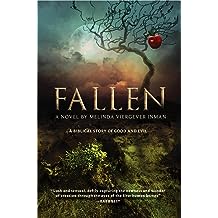 Fallen: A Biblical Story of Good and Evil Dec 14, 2015
by Melinda Viergever Inman
( 48 )
$2.99
Love takes action. The Creator God establishes the cosmos and shapes a man. Adam rises from the dust. Envious, the powerful angel Lucifer despises him. Oblivious to the threat, Adam is captivated by his strong, intuitive wife Eve. In the Garden of Eden, they enjoy abundant food, gorgeous vistas, and intriguing challenges, including their budding love and passion. They have it all!
But Lucifer's deceptive brilliance tricks them into disobeying God. Their unity with one another and with God is destroyed. Lucifer's jealousy threatens mankind's tenuous beginning. But God is merciful. What astonishing promise does He make? How will Adam and Eve survive - broken, shattered, and separated from God?
In August 2019, the international Reality Calling Pre-Christian Godliness Fiction Award was bestowed upon Fallen and Melinda Viergever Inman for:
Read more
Other Formats: Paperback 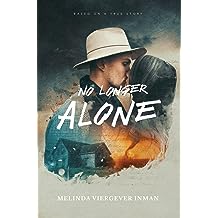 Manhood arrived prematurely. At the tender age of fifteen, Prentis lost both his father and his confidence that God loved him. He grew up fast after that day, abandoning his education to take on the responsibility and hardship of supporting his mother and siblings.

Now, in Prentis’s twenties, Avery reenters his life. A Sunday School teacher with a passion for learning and theology, she is intelligent with a captivating spirit. Prentis finds her irresistible. The audacity of attempting to court such a woman in no way weakens his resolve. He’s determined to win her heart. But male competition, vicious gossip, Avery’s unspoken fears, and the ruin of his livelihood hinder his efforts. How can Prentis win her? And if he does, how will they overcome their differences, the hard life on the Oklahoma plains, and a world at war? 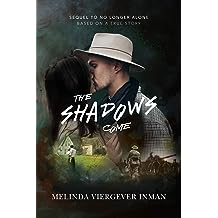 The Shadows Come: Sequel to No Longer Alone Nov 25, 2019
by Melinda Viergever Inman
( 16 )
$2.99
Germany threatens all of Europe. Millions have died. President Woodrow Wilson makes the declaration that the United States must enter the Great War to rescue our allies. Congress approves. Our story begins. In America’s heartland, everyone hunkers down to provide food for the world and resources for the war effort. A draft is necessary, and all young men must register. One by one, these are called to war. With this threat looming, Prentis and Avery raise the necessary horsepower, cultivate the needed crops, and contribute their labors to the Red Cross. But crises at home, an insidious busybody, and one after another called up to fight in Europe bring the greatest dangers they’ve ever faced together. Then there’s the influenza pandemic. Will they survive the war abroad and the war being waged at home, threatening their love and their lives? Will their loved ones make it home again?
Read more
Other Formats: Paperback 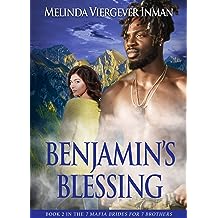 But then, a beautiful woman and her friends are harassed by the local racists and misogynists. Benjamin steps between these women and the threat. That step changes his life, putting everything at risk. Benjamin and his brothers have no choice. When women are attacked, Woodsman men intervene. However, unknown to them, this threat is greater than anything since their military combat service.

****
Sofia is in shock. Her father's life is a farce. He isn’t a businessman, but a mobster, a Mafia kingpin. After discovering their fathers fighting, Sofia and her friends catch the first flight west, hiding in an Idaho resort town.

When hate-filled men attack Sofia and her friends, out of nowhere a group of men appear, brothers, standing between them and the threat and offering them safety. But, Sofia wonders if she can trust anyone. If her own father can betray her, can she entrust herself to these men who appear brave, kind, and decent?
Read more