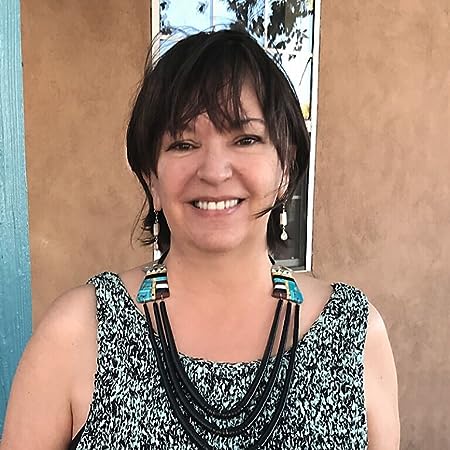 Melissa J White is a creative nonfiction author whose work has been called, gripping, lucid, and delicious. Her latest book from Tres Chicas Books is "Dizzy Sushi", about her year living, traveling, and teaching English conversation in Japan.

Melissa is the owner of Whitespace Creative, LLC, a communication design studio specializing in custom designed websites, SEO marketing, and content development. She graduated from St. John's College in Santa Fe and worked at Upaya Zen Center as the Development and Communications Director and has a Certificate in Criminal Investigations from the Santa Fe Community College.

After graduating from St. John's College with a major in western philosophy and a minor in math, Melissa traveled and lived in Japan, studied Japanese, Zen, and worked teaching English conversation for ECC. Her reviews, interviews, poetry and fiction have been published in Whole Earth Review, THE Magazine, Indian Artist Magazine, the Santa Fe Reporter, Crosswinds, Fish Drum and Noctiluca--an English language magazine from Japan--and the Santa Fe New Mexican among others.

Melissa finished a Certificate in Screenwriting at NMFI (New Mexico Filmmakers Intensive) studying with Tom Musca, Jonathan Wacks, Kirk Ellis, and Diane Schneier-Perrin. She has been on the staff of the Screenwriting Conference in Santa Fe since 2007 and has worked in the New Mexico film industry as a script supervisor and assistant production coordinator. She was the first blog editor of the Santa Fe Film Festival for two years, 2011 & 2012.

Melissa's directorial debut, the short film "Wastewater", premiered at the New Mexico Film Expo in September, 2009, and has also been shown at the Santa Fe Independent Film Festival and the Auxiliary Dogs Film Festival in Albuquerque.

Melissa has made Santa Fe her home since 1981. 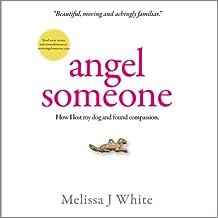 Angel Someone: How I Lost My Dog and Found Compassion Dec 12, 2010
by Melissa J White
( 3 )
$2.99
A lyrically-written novella that takes you from the heart-stopping scene of an accident through the minutes, hours, days and months that follow the tragic death of a pet, and the grief and healing of a family. "Angel Someone" is a uniquely-told story about the love of a pet even after they’re gone, and the emotional impact such a loss carries. If you are looking for a contemporary, thought-provoking book for someone who has just lost a pet, “Angel Someone” will share their grief and comfort them.

“I finally finished reading ‘Angel Someone’ this afternoon,” writes Gail Snyder, writer and editor of Not Drowning, Waving. “I downloaded it but couldn’t get very far without completely breaking down bawling, waiting for a time when I could manage to dive back down into this grief. So much has happened this year . . . I’ve been letting go of people, resentments, guilt and anger, and I’ve so much needed to cry, but somehow not allowing myself to. ‘Angel Someone’ gave me that opportunity, finally. It’s so beautifully written, so honest and real. I loved it. Here’s to feeling all of our feelings, no matter what.”.

Author, Melissa J White: “One summer day, my world collapsed when our dog was hit by a car. I didn’t know what to do with my grief, so I began writing about Angel. Three years later, this story has evolved into a personal manifesto on coping with grief, questioning my beliefs, and finding hope. When I began to share my story, I found a large and gracious community of pet lovers who grieve as much over their dogs or cats as anyone would over a human being. In their compassion, I began to see a different world — one that included benevolence and support for every living creature, including ourselves.”

“I think lots of people will benefit from releasing a little more of that particular grief that comes with the passing of any of the beings we share our lives with. It is especially difficult when a death is untimely or violent.” Ron Strauch

“I started reading ‘Angel Someone’ while I was at work, thinking it would be a cute story about a puppy dog. I started crying and had to wait ’til I got home to finish it. That moment when you feel their life pass – I get teary-eyed just thinking of it. What a beautiful story, especially the honesty about feeling responsible. ~ Roberta White

“Angel Someone” is honestly graphic about a horrific event, but it is also refreshingly honest about the soul-searching we all do when someone, even a pet, dies. Reading this book is a chance to connect with the reason we grieve; because we love.
Read more