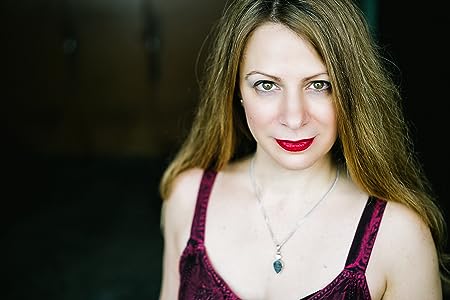 Melissa St. Hilaire was born and raised in rural Massachusetts. She studied film at Boston College, fell in love in New York City, and moved to Los Angeles to chase her dreams. She wrote film and music reviews for The Heights Inc. Her poetry has appeared in the periodicals Shards, The Outer Fringe, and The Laughing Medusa. She co-authored several scripts for Tone-East Productions. She has written articles for Feminine Power Circle, Savvy Authors, SF Signal, and The Qwillery, among others. She has also appeared in the anthology book, Folk Horror Revival: Field Studies. Her debut book was a memoir titled In The Now. She has co-written the dark fantasy series, Saurimonde, and co-hosts the weird news podcast, Between The Sheets, both with Scarlett Amaris. Her current project is a sci-fi epic called Xodus.

Between the Sheets podcast: www.betweenthesheets69.com 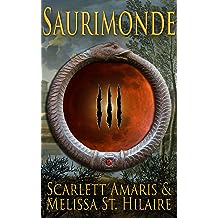 In the search for a young woman who may already be dead, the tragically lovely Saurimonde, along with her handsome consort, Sordel, travel deep within the mysterious zone where she comes under the spell of the powerful high priestess, Na Dag'ma, who, after initiating her into their strange faith, sends her on a quest to find a dangerous ancient relic.

Amid a quagmire of lies, duplicity, and collusion, the veil between worlds becomes threadbare – one existence bleeding into another – as Saurimonde and Sordel wander further into a supernatural web. Upon finding what they seek, will they be able to break free? Or be forced to become the ultimate sacrifice?
Read more
Other Formats: Paperback 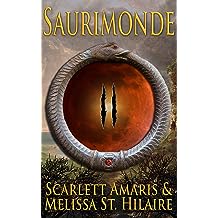 Saurimonde II Oct 15, 2014
by Melissa St. Hilaire, Scarlett Amaris
( 5 )
$4.99
After becoming suddenly human again, the tragically lovely Saurimonde, and her handsome consort, Sordel, realize their overwhelming attraction for each other despite the unnatural way in which they met. All goes well until Saurimonde discovers the terrible truth about Sordel's birth, which causes him to fall prey to his now demonized aunt, the wise-woman Elazki, as circumstances conspire to make Saurimonde believe Sordel has left her for another woman.

With the aid of a not so innocent priest the wise woman spends her nights converting the young women of the village for their own nefarious plans. Will Saurimonde be able to overcome the demons and find Sordel in time to save him from a malefic fate? Or will she succumb to the answering of an ancient rite, a Beltane bacchanal, which promises to leave none of them alive?
Read more
Other Formats: Paperback 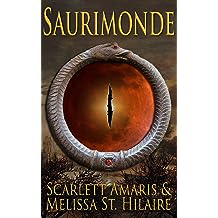 Saurimonde Nov 17, 2013
by Melissa St. Hilaire, Scarlett Amaris
( 6 )
$3.99
Like a bird in a gilded cage, Saurimonde is trapped between a brutally abusive husband, Gilles, who treats her like a possession, and a lover whose name she doesn't even know. The only thing she longs for is an escape. But to where? She should have been more careful in what she wished for because the day Gilles spies her and her lover together is her last mortal one. With the aid of the local wise woman, Elazki, Gilles gets his hands on a dangerous ancient potion. He figures out the perfect way to serve it to her – cooked into her lover's heart. One bite has dire consequences.

As the body count begins to rise in the village, Gilles starts to suspect his wife is still alive. He enlists the help of Elazki, who has secrets of her own, and her darkly handsome nephew, Sordel. Newly returned after being banished by his magus master in the black lands, Sordel unknowingly holds the key to all their fates. One will die, one will wish they were dead, and the other will fulfill their destiny.

Danger awaits them at every turn as they enter a realm where nothing is as it seems. Each will be forced to make terrible sacrifices. Will they be able to break the spell and stop the beautiful demonic creature Saurimonde has become? Can they possibly save her? Or will they too find a brutal death beneath the deep dark waters...
Read more
Other Formats: Paperback