You've subscribed to They Came With The Snow! We will preorder your items within 24 hours of when they become available. When new books are released, we'll charge your default payment method for the lowest price available during the pre-order period.
Update your device or payment method, cancel individual pre-orders or your subscription at
Your Memberships & Subscriptions
There was an error. We were unable to process your subscription due to an error. Please refresh and try again. 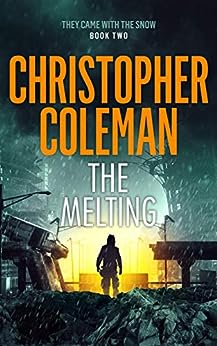 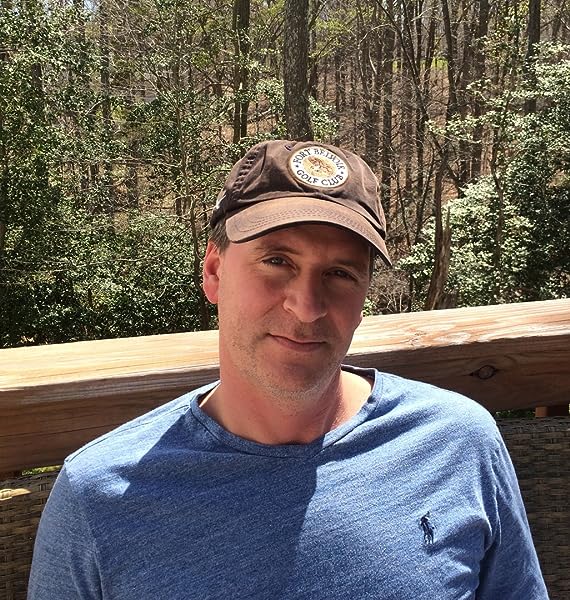 The Melting (They Came With The Snow Book 2) Kindle Edition 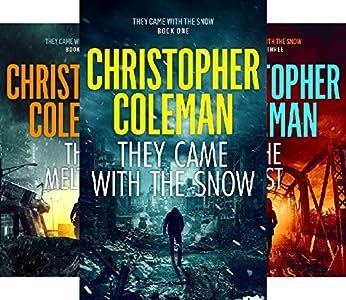 4.3 out of 5 stars
4.3 out of 5
242 global ratings
How are ratings calculated?
To calculate the overall star rating and percentage breakdown by star, we don’t use a simple average. Instead, our system considers things like how recent a review is and if the reviewer bought the item on Amazon. It also analyzes reviews to verify trustworthiness.
Top reviews

Weez
1.0 out of 5 stars Predictable.
Reviewed in the United States on August 4, 2018
Verified Purchase
The author tries too hard to make our hero sound like Studley Whiplash. Our hero doesn't love his girl, but of course the girl loves him. Every idea our hero has turns out to be absolutely right, while the other characters are often wrong. Even our hero's unfounded assumptions are always spot on. The author appears to have played too many video games, as our hero doesn't seem bothered (and, of course, never afraid) by seeing monsters and friends torn to pieces, not too mention sitting in the gore of his splattered wife, literally, and discussing the facts of life without blinking an eye.
Read more
17 people found this helpful
Helpful
Report abuse

Anders Haywood
5.0 out of 5 stars Great follow up!
Reviewed in the United States on July 28, 2018
Verified Purchase
This sequel to the novella "They came with the snow" really knocked it out of the park.
Firstly, it's longer than the first, but it's also more action packed.
We get to explore more of this post apocalyptic hellscape than we did previously, whilst still being a very charcter driven narrative.
The fact that we find out a bit more of what actually caused the incident was excellent (no spoilers).
You really shouldn't dive in to this one without having read the first, though.
Once you do, you should absolutely dive straight into this one!

Karen Siddall
5.0 out of 5 stars Exciting sequel to They Came With the Snow!
Reviewed in the United States on November 15, 2019
Verified Purchase
Dominic returns to his home to determine his wife’s fate but his traveling companions from the strip center prevent him from sacrificing himself for guilt over not being there when “The Event” happened. The group continues on to escape the area they envision as 'Ground Zero' only to discover every avenue out of the county by land is blockaded and the main bridge barricaded, impassable, and loaded with “crabs” or the ghostly, white creatures that used to be their fellow citizens. They decide to cross the river out of the cordoned-off area using one of the numerous abandoned boats found near the bridge.

On their way across the water in an old, unstable motorboat, they stop to investigate a large luxury yacht left afloat midstream. With the “crabs” in the water attacking the old motorboat, Dominic leaves his companions on the larger ship and lures the creatures downstream away from his friends. Wet and freezing, he is able to get to the opposite shore to the pier for a seafood restaurant. As he’s searching for things he and his friends can use though, he’s captured by four soldiers and taken away in their RV for questioning.

As it turns out, Dominic knows more about what has happened to the world than the soldiers. They, too, have been separated from their units, and have figured out that they were ditched on purpose. As they accept Dominic as part of their group and head back to try to find out what has happened to Dominic’s friends, they discover the headquarters of the organization that Dominic believes may be responsible for “The Event” and the destruction of life as they know it.

Continuing straight from Book 1, the action and horror never quits. What has actually happened unfolds slowly but readers will have to wait for Book 3 to get the rest of the story. I recommend this book and series for readers that like horror stories and post-apocalyptic tales. This is a good one!
Read more
2 people found this helpful
Helpful
Report abuse

Cathy A. Thibeault
5.0 out of 5 stars Nail biting adventure.
Reviewed in the United States on August 9, 2018
Verified Purchase
I received a free copy of this book from the author. I had the opportunity to review or not.

This follow up to They Came With the Snow was delightful. Spooky, dangerous, action-filled and edge of the seat thriller. Although some of the situations were a bit contrived, the author mixed enough of the unexpected to hold my attention and pique my curiosity while peeking between the fingers on my hand. The descriptions were well done with good imaging.

The storytelling was true to the expectations from the first book with improved pacing. We pick up where we left off with the group trying to find a way out of the affected area. But the crabs have learned some trick of their own and find ways to prevent their escape. The heroic professor feels obligated to save the group and heads off to find a way. The group acquires a yacht and their job is to stay safe until Dom gets back. Which almost happens.

If you like spooky, nail-biting adventure, grab The Melting. You will be glad you did.
Read more
4 people found this helpful
Helpful
Report abuse

Waltor
4.0 out of 5 stars I enjoyed the story
Reviewed in the United States on January 29, 2020
Verified Purchase
The story in this and book 1 are both enjoyable. A tiny bit predictable in certain scenes, and the painstaking details of describing throwing something made my eyes roll (guessing you're an athlete or spectator sport fan trying to form a rush of excitement over a mundane tossing of an object... didn't do it for me) but those are just my personal tastes. I liked the books and other readers will too if they enjoy horror/sci fi akin to Stephen Kings early kinda pulp fiction horror.

An honest criticism for the author: this has nothing to do with your story, but the editing was pretty bad, lots of typos/grammatical mistakes in both books. I realize there's probably not a lot of money in selling Kindle books, but I think your books may get more notice from a big-time publisher if you paid for editing. I have to write a lot for my job, it can be hard to see you own mistakes. I always ask a coworker to read over anything important before I send it. I think you'd do your writing career a huge favor with a second set of eyes proof reading, even just a friend doing so to catch the obvious mistakes you didn't notice.

That said, thanks for an enjoyable story and best of luck with future endeavors!
Read more
Helpful
Report abuse
See all reviews

Tremse
5.0 out of 5 stars Gripping Apocalypse themed tale
Reviewed in the United Kingdom on August 28, 2018
Verified Purchase
They Came with the Snow introduced us to the "crabs" - strangely mutated humans wreaking havoc following an apocalyptic event. The Melting continues the tale, revealing the cause of the initial event and follows a small group of survivors battling to escape the infected area.
With so many Z-novels around, it's often difficult to find one that is unique and gripping. Both They came with the Snow and the Melting do this and my only disappointment came when I finished the books.
Read more
Report abuse

victoria
1.0 out of 5 stars would have returned if possible
Reviewed in the United Kingdom on December 26, 2018
Verified Purchase
These two books are awful. After reading Book 1 (which was only a few pages long) and starting Book 2, I went into my orders/manage devices to delete them and return for refund only to find that it was not possible to return the purchase. i can see why. These books are so incredibly bad that the author has blocked the 'return purchase' feature. Truly awful. I recommend avoiding.
Read more
Report abuse

Terry
4.0 out of 5 stars Four Stars
Reviewed in Canada on August 19, 2018
Verified Purchase
Would have liked a few more answers, but it was an interesting read.
Read more
Report abuse
See all reviews