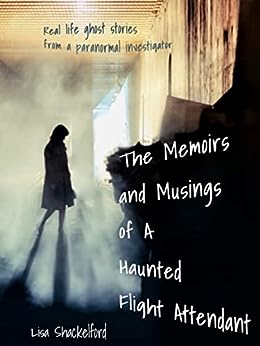 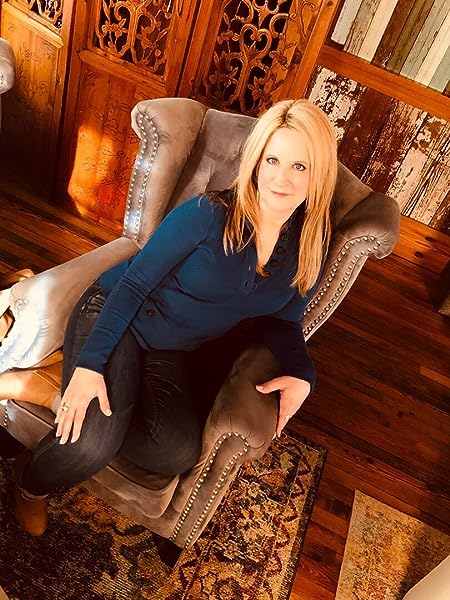 The Memoirs and Musings of a Haunted Flight Attendant Kindle Edition

by Lisa Shackelford (Author) Format: Kindle Edition
See all formats and editions
Sorry, there was a problem loading this page. Try again.
Join me on my paranormal journeys as I fly the friendly skies. Traveling and investigating ghostly encounters here in the U.S. and abroad. These are my true stories of real life paranormal experiences that I write about in my blog, The Haunted Flight Attendant. Also included are some of my favorite, captivating and sometimes scary investigations.
Read more
Previous page
Next page

Lisa is the Founder and Lead Investigator of the Georgia Paranormal Files; Former co-host for the Archer Paranormal Show on LiveParanormal.com and wrockradio.com.  She has also been a speaker at both DragonCon and ScareFest.  Most importantly, she is a 2019 breast cancer survivor!

As a child, Lisa loved ghost stories and would write her own and do her own illustrations. When growing up in Mississippi, she lived in a haunted house where the piano would play by itself, a shadow person could be seen, objects moved and, once, something sat on her bed during the night. In fact, the dog refused to come in the house even when treats were offered! While in college she had the opportunity to hear Ed and Lorraine Warren speak about their experiences.  After the lecture, Mrs. Warren took the time to speak to her and answer questions and give advice and reassurance.  For the longest time, these were the only two adults that ever took her seriously and that truly listened to her.  Always keeping what she heard from the Warrens close to her heart, and believing that we do live in a supernatural world, she knew that somehow, someday she wanted to study the paranormal and help others.

Lisa currently resides in Atlanta with her menagerie of animals while writing her first horror novel, End of the Living: It Has Begun.”

Ann A.
5.0 out of 5 stars Sleep with the lights on
Reviewed in the United States on June 8, 2022
Verified Purchase
You’ve felt a touch, heard a whisper, seen a shadow, dismissed as a window left open, a mouse in the attic, a raven on the roof, your eyes playing tricks on you. But…
Lisa has had such experiences since childhood, growing up in a haunted house in the Deep South. Traveling the world professionally as a flight attendant and personally as a paranormal investigator and psychic medium, she seeks out the unusual, the weird and the rumored. Using state of the art electronic equipment, she has felt fear and dread, comfort and tranquility while documenting spirits and ghostly apparitions. She’s shaken hands, been touched, heard a voice, seen the unseen, had items tossed at her in places like abandoned mental hospitals, haunted mansions, hanging trees and creepy hotels.
Throughout the book you will see that Lisa treats these lost souls with compassion and dignity, telling their stories in a way that just might make a believer out of you! But be prepared to wake up trembling…